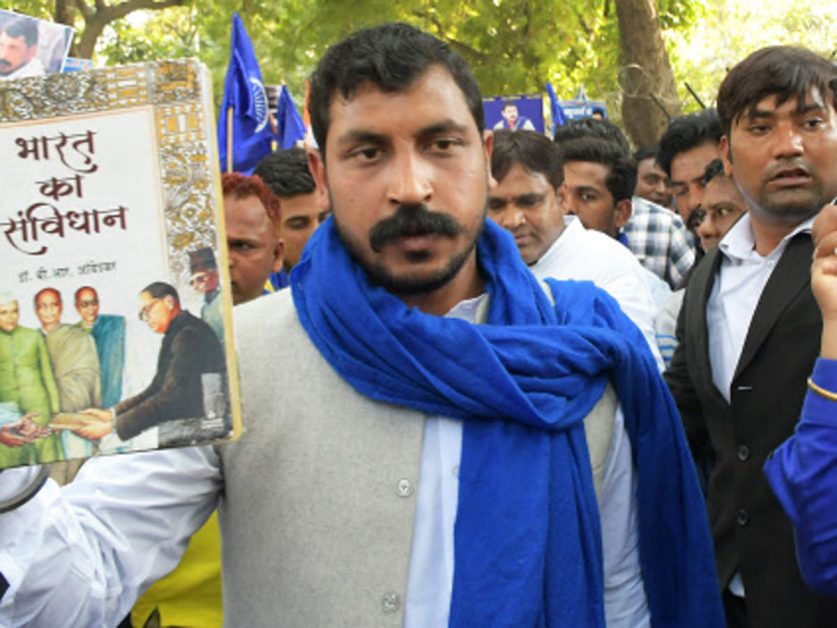 The Telegraph reported that Chandrashekhar had announced that he would run from Varanasi against Prime Minister Modi in the 2019 Lok Sabha elections, but did not submit his nomination.

“If Chandrashekhar runs against Yogi this time, two things may happen: the anti-BJP vote may be split and this will help Yogi indirectly. But if Chandrashekhar succeeds in attracting Yogi’s Dalit support, it may create trouble.”

The Mandal policy is named after the commission’s chairman, BP Mandal, who recommended a 27 percent reservation for backward castes in government posts. This recommendation is considered very important in social justice and the empowerment of marginalized people.

At the same time, the BJP’s religious polarization policy has been named Kandal policy. Kamandal is used to store water and is often used by sadhus.

Chandrashekhar’s Azad Samaj Party may fight for 100 seats out of the 403-seat assembly in Uttar Pradesh. Chandrashekhar Azad had said after the announcement to compete against Yogi: “My Azad Samaj party wants me to challenge Adityanath and I am ready for it.”

Chandrashekhar Azad said, “Yogi Adityanath does not allow people to speak against him. Under his rule, police attack young people for looking for work, Dalits are killed if they demand justice. In such a situation, it is necessary to send them back to the temple . .” Yogi Adityanath is the Mahant of the Gorakhnath temple.

Yogi Adityanath was elected Gorakhpur Lok Sabha MP five times between 1998 and 2017. The newspaper has written in its report that due to the influence of the temple in Gorakhpur, the support of Dalits has been with Yogi. Chandrashekhar can probably draw Dalit voters to him.

Apart from this, the second problem for Yogi Adityanath in Gorakhpur city headquarters is Radha Mohan Das Agarwal. Agarwal is a children’s doctor and has been an MLA since 2002. Agarwal is known within the party as a critic of Yogi.

According to the newspaper report, Agarwal was seen last year saying in a video that only Thakurs are safe in Uttar Pradesh. Chief Minister Yogi Adityanath’s caste is Thakur. BJP has announced 200 candidates and Agarwal’s name is not listed there. But Agrawal’s nomination cannot be denied in any other constituency of the assembly.

The newspaper wrote in its report: “Agarwal has a very good image in Gorakhpur. He treats children free of charge. Despite the announcement of Yogi’s candidacy, he is calm. Yogi may suffer if he stays away from the election campaign.”

Samajwadi Party chief Akhilesh Yadav had said in Lucknow on Thursday: “If Agarwal is interested in joining the Samajwadi Party, we can make him a Gorakhpur (city) seat candidate.”

The newspaper wrote in its report: “According to unconfirmed reports, the Samajwadi Party may field Shubhavati Shukla against Yogi. Shubhavati is the widow of Upendra Dutt Shukla. She was the BJP candidate in the Gorakhpur by-election in 2018 and got 434,788 votes.” .

However, she lost to the Samajwadi Party-backed candidate, Pravin Nishad of the Nishad Party by 21,801 votes. Now Nishad Party is an ally of BJP. In 2019, BJP won the Gorakhpur Lok Sabha seat again. The vote in the Gorakhpur (city) seat is on March 3 in the sixth phase. Upendra Dutt Shukla was considered a very special Yogi.