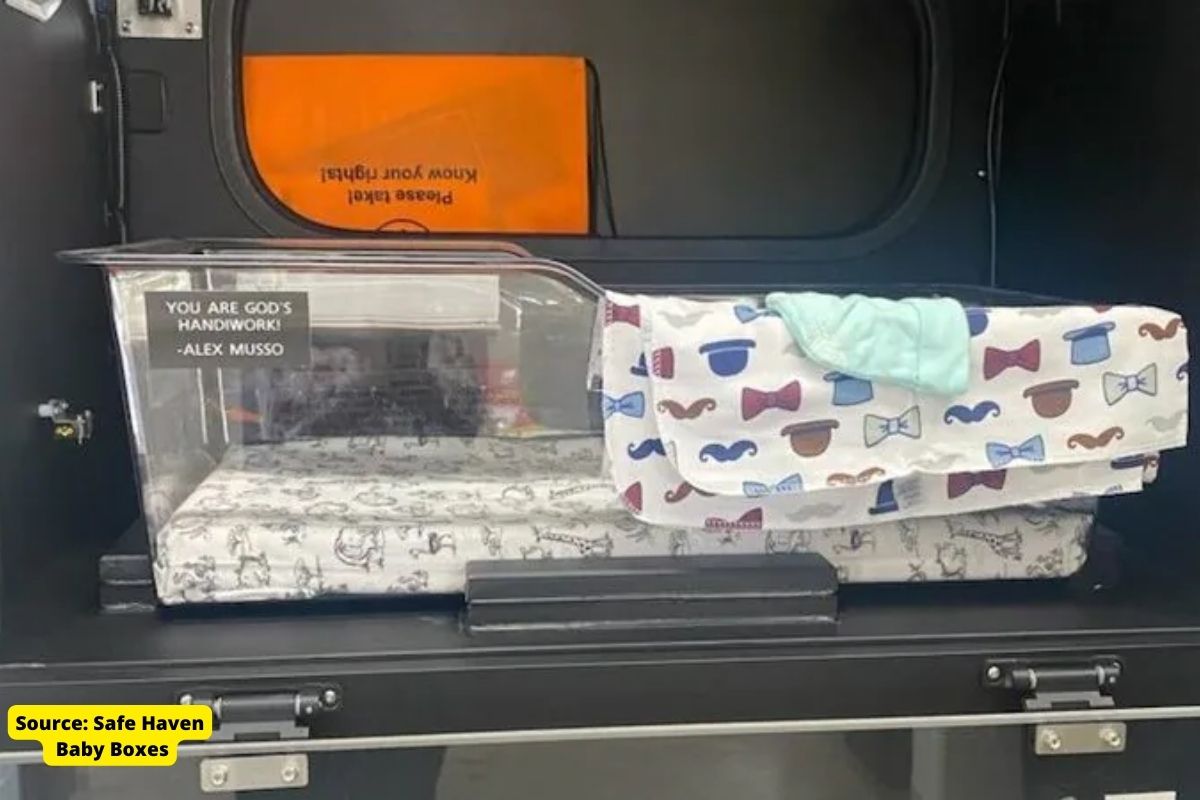 Following the US Supreme Court’s decision in Dobbs vs Jackson Women’s Health Organization that struck down abortion rights established by Roe v. Wade, the state of Indiana is installing more boxes for newborns to be dropped off anonymously.

Similar to the drop off containers used by libraries to return books, the baby boxes are part of the Safe Haven movement, which aims to promote adoption as an alternative to abortion.

They can be found in fire stations and hospitals, where staff have been trained to handle babies who have been abandoned.

The baby boxes are part of the safe haven movement, which has long been closely associated with anti-abortion activism. Safe havens offer desperate mothers a way to anonymously give up their newborns for adoption and, advocates say, avoid harming, abandoning or even killing them. Shelters can be boxes, which allow parents to avoid talking to anyone or even being seen when delivering their babies. More traditionally, shelters are places like hospitals and fire stations, where staff members are trained to accept a face-to-face transfer from a parent in crisis.

All 50 states have safe haven laws intended to protect self-surrendering mothers from criminal charges. The first, known as the “Baby Moses” law, was passed in Texas in 1999 after several women abandoned their babies in garbage cans or dumpsters. But what began as a way to prevent the most extreme cases of child abuse has become a broader phenomenon, supported especially by the religious right, which strongly promotes adoption as an alternative to abortion.

In the past five years, more than 12 states have passed laws allowing baby boxes or expanding safe haven options in other ways. And safe-haven renditions, reproductive health and child welfare experts say, are likely to become more common after the Supreme Court’s decision to overturn Roe vs Wade.

During oral arguments in Dobbs vs Jackson Women’s Health Organization, Judge Amy Coney Barrett suggested that safe haven laws offered an alternative to abortion by allowing women to avoid “the burdens of parenthood.” In the court’s decision, Judge Samuel Alito cited the safe haven laws as a “modern development” that, in the majority view, obviated the need for abortion rights.

On July 30, Indiana state senators approved a near-total ban on abortion by a vote of 26-20, according to The Associated Press.

“The bill would ban abortions from the moment a fertilized egg implants in the uterus,” according to AP. “Exceptions would be allowed in cases of rape and incest, but a patient seeking an abortion for any of the reasons would have to sign a notarized affidavit attesting to the assault.”

WFYI’s Jill Sheridan spoke to NPR about Indiana’s effort to increase the number of baby boxes statewide. She explained how she first learned about the concept in a small church in South Africa with Monica Kelsey, who founded the Safe Haven Baby Box organization in 2016.

“The idea of ​​a box where a baby can be delivered safely and anonymously is centuries old,” Sheridan said. “Kelsey opened the first US box in the small town of Woodburn, Indiana, in 2016. There are now 113 boxes across the country, 86 of them in Indiana. Boxes today are temperature controlled, alarm activated, incubators installed on the side of fire stations or hospitals”.

There has been an increase in deliveries this year, including three in the last four months at the Carmel, Indiana fire station. Sheridan went on to explain how Kelsey ran into opposition from the Indiana Department of Children’s Services when she pitched the idea in 2016.

“Kelsey, a firefighter who was also abandoned as a baby, persisted,” Sheridan said. “In 2017, the state’s Safe Haven Law was amended to include baby boxes.”