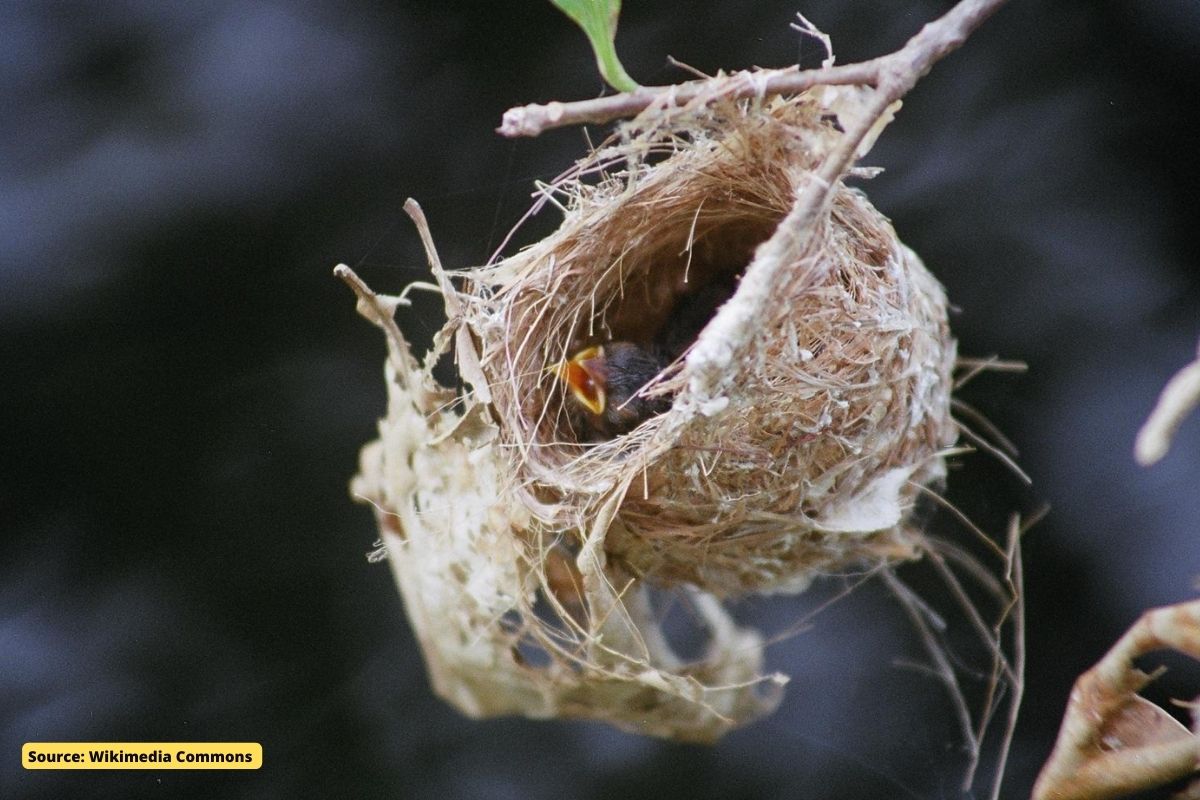 Having long-term monitoring data of the natural environment is essential for scientists to be able to study trends and understand the changes that human activity is causing to ecosystems. The available databases on the avifauna of the USA, a pioneer country in the study of birds since the end of the 19th century together with Great Britain, is what has allowed researchers to offer an analysis that shows to what extent it has changed in a short time the behaviour of wildlife.

A study just published in the Journal of Animal Ecology shows that many bird species are nesting and laying eggs almost a month earlier than a hundred years ago. By comparing recent observations with centuries-old eggs preserved in museum collections, scientists have been able to determine that about a third of the bird species that nest in the study area of ​​Chicago, USA, have advanced egg-laying by an average of 25 days. And as far as researchers have been able to verify, the culprit for this is climate change.

“Egg collections are a fascinating tool for us to learn about bird ecology over time,” says John Bates, a bird keeper at the Field Museum and lead author of the study. “I love the fact that this paper combines ancient and modern data sets to look at these trends over roughly 120 years and help answer really critical questions about how climate change is affecting birds,” he added.

“Finding nests and following their evolution to success or failure is time-consuming and challenging,” says Chris Whelan, an evolutionary ecologist at the University of Illinois at Chicago. So Whelan and his team used mirrors mounted on tall poles to see what was going on inside the nests so they could check the dates the eggs were laid and hatched.

The analysis showed a surprising trend: Of the 72 species for which historical and modern data were available in the Chicago region, about a third were nesting earlier and earlier. Those birds whose nesting habits had changed were laying their first eggs 25.1 days earlier than a hundred years ago.

In addition to illustrating that birds are laying eggs earlier, the researchers looked for an explanation for this phenomenon. Since the climate crisis has dramatically affected so many aspects of biology, the researchers looked to rising temperatures as a possible explanation. But they found another snag: There is no consistent temperature data for the region going back that far. So they turned to an indicator of temperature: the amount of carbon dioxide in the atmosphere.

Differences between yesterday and today

By comparing recent observations with ancient eggs preserved in museum collections, scientists were able to determine that approximately one-third of the bird species that nest in Chicago have advanced egg-laying by an average of 25 days. And as far as the researchers can tell, the culprit behind this change is global warming, explains the Journal of Animal Ecology in a statement.

The Field Museum’s egg collection occupies a small room packed with floor-to-ceiling shelves, each containing hundreds of eggs, most of which were collected a century ago. The empty shell, preserved in an inert and chalky form for a long century with its volumes and colours and chemical information, is stored in small boxes and is accompanied by handwritten labels indicating the species, place and date of collection.

“These early egg collectors were incredible natural historians, for what they did. You have to know the birds very well to go out and find the nests and harvest,” says Bates. “They were very tuned to when the birds were starting to lay eggs, and in my opinion, that leads to very precise dates of when the eggs were laid.”

The Field Museum’s egg collection, like most world inventories, dwindles after the 1920s, when collecting bird clutches fell out of fashion, both for hobbyists and scientists. This was influenced by a technological fact such as the development of remote viewers as a result of nothing less than World War I.

Also Read:  Himalayan glaciers could disappear before the end of this century

The evolution of portable optics made many bird watchers change from observing them from afar, thanks to the new tools available on the market and enjoying them from a distance, rather than rummaging through nests. Suddenly, it was more comfortable and interesting to watch the birds than to disturb their sets.

The past meets the future

The encounter between ancient data and modern observations is what illuminates this exciting newly published research. Bill Strausberger, a research associate at the Field Museum, had been working on parasitism in certain bird species at the Morton Arboretum in suburban Chicago for years, studying their behaviour day by day.

“I had to go out there every spring and find as many nests as I could and see if they were parasitized or not, so it occurred to me that I had modern nesting data, ” explains Bates, an evolutionary ecologist at the University of Illinois at Chicago, who joined so then his contribution to that of Bates.

Whelan and Strausberger ‘s contributions to the study were essential, Bates says, because ” finding nests is a lot harder than anyone thinks,” he says.

“Finding nests and following their destiny to success or failure is time-consuming and challenging,” explains Whelan. “We learned to study them from a distance and understand their behaviour” Whelan and his colleagues used pole-mounted mirrors to look inside the nests so they could record the dates the eggs were laid and hatched.

Looking for the causes

In addition to illustrating that the birds are laying eggs earlier, the researchers looked for a reason. Since the climate crisis has dramatically affected so many aspects of biology, the researchers considered rising temperatures as a possible explanation for the earlier nesting.

But the scientists found another snag: There is no consistent temperature data for the region going back to that time. In this way, they resorted to a proxy indicator of temperature: the amount of carbon dioxide in the atmosphere.

“We couldn’t find a single source of long-term temperature data for the American Midwest, which was surprising, but you can approximate temperature with carbon dioxide levels, which are very well documented,” explains Bates. Carbon dioxide data comes from a variety of sources, including the chemical composition of glacial ice cores.

Amount of carbon dioxide in atmosphere

The amount of carbon dioxide in the atmosphere over time is clearly mapped into global temperature trends, and the researchers found that it also correlated with changes in egg-laying dates. ‘Global climate change has not been linear over this nearly 150-year period, and therefore species may not have advanced their laying date in the same way. Therefore, we include both linear and non-linear trends in our model,” says Fidino in the study published in the Journal of Animal Ecology. “We found that the simulated data was very similar to the observed data, indicating that our model did an acceptable job,” says the scientist.

According to the conclusions of the study, the changes in temperature are apparently small, but they translate into alterations in the flowering of plants and the appearance of insects, questions of phenology or adaptation of wildlife to the weather that can affect the availability of food for birds and their reproductive success.

1 thought on “How climate change is affecting birds?”