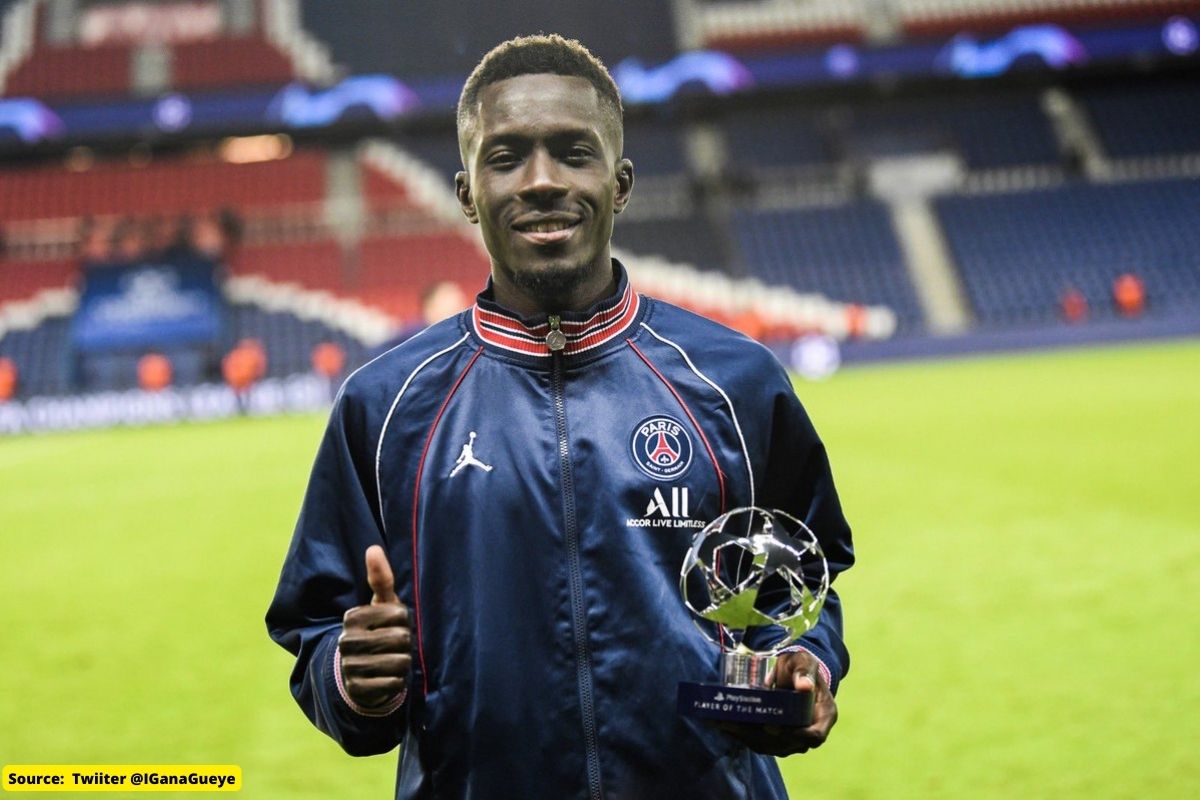 Paris St-Germain midfielder Idrissa Gueye recently refused to play a game for his club to avoid wearing a rainbow symbol, according to reports. The 32-year-old Senegal international was absent from PSG’s 4-0 win over Montpellier on Saturday night and subsequently avoided wearing a shirt that would demonstrate his support for LGBTQ+ rights.

A group fighting homophobia in football has called on the French league and Paris Saint-Germain to demand an explanation from player Idrissa Gueye after he missed a match last week amid reports he refused to play because he didn’t want to wear a rainbow number on the back of his shirt.

The Senegalese midfielder travelled with his teammates to Montpellier last weekend for Saturday’s French league match in the southern city but did not play, with PSG coach Mauricio Pochettino citing ” personal reasons” to justify his absence from the field.

For the second consecutive season, professional clubs across the country had been asked to label their players’ shirts with coloured numbers using the rainbow flag, a symbol of the LGBTQ movement.

According to French radio RMC, citing unidentified sources, Gueye did not want to wear a rainbow number on the back of his shirt. The Rouge Direct group said in a message posted on Twitter that PSG and the league should not rule out the possibility of sanctioning Gueye.

According to French media, Gueye refused to wear the shirt with the colours of the LGTBI flag due to his “religious convictions”, for which he asked to be removed from a call for which he appeared in the first place, something that disconcerted and “saddened” his companions.

Finally, Idrissa Gueye had to watch the game from the stands. PSG refused to make an official comment, but sources from the entity indicated that the club and its players “are very proud to wear that shirt.” “It is an issue that will be resolved internally,” they clarified.

“Homophobia is a crime”

The association for the fight against homophobia in sport, Rouge Direct, is awaiting explanations from the player about this controversy, which continues to swell: has the player, yes or no, refused to wear the jersey? flocked from the rainbow of LGBT pride?

“Homophobia is not an opinion but a crime. The LFP (League) and PSG must ask Gana Gueye to explain himself and very quickly. And punish him if necessary”, wrote the association in a message posted Sunday evening on Twitter.

The president of the Ile-de-France region, Valérie Pécresse, challenged the Parisian football club via the social network, asking that sanctions be pronounced against the player. “ The players of a football club, and those of PSG in particular, are figures of identification for our young people,” she tweeted.” They have a duty to set an example. A refusal by Idrissa Gana Gueye to join the fight against homophobia could not remain without sanction!” Some Internet users immediately criticized him for his presence at the Manif pour Tous in 2013, accusing him of not having set an example in the past.

French football has already been affected by controversies over homophobic attitudes in stadiums. On August 16, 2019, a Ligue 2 match between Nancy and Le Mans became the first professional football match to be interrupted by the referee in France for homophobic chants.

Among the stars of the France team, Antoine Griezmann had then publicly taken a position, judging “very good to stop the matches” in the event of homophobic songs or banners.

Who is Idrissa Gueye?

Gueye was born in Dakar, Senegal, and played for Diambars, Lille, Aston Villa and Everton before signing with the Parisian Giants for £30million in 2019.

The 32-year-old defensive midfielder is a practising Muslim and has received messages of support following his absence from the PSG game, including from his country’s president, Macky Sall.

The Senegalese player played an important role in his country’s first-ever win at the Africa Cup of Nations earlier this year.

Gueye is known for his ball-winning skills as well as his ability to press opponents and intercept passes. During his 2016-17 Premier League season at Aston Villa, Gueye made the most tackles.

This year marks the second time that Gueye has missed the opportunity to show solidarity with the LGBTQ+ community. Clubs in France are being asked to mark the International Day Against Homophobia, Biphobia and Transphobia on May 17 by wearing rainbow numbers on their shirts.