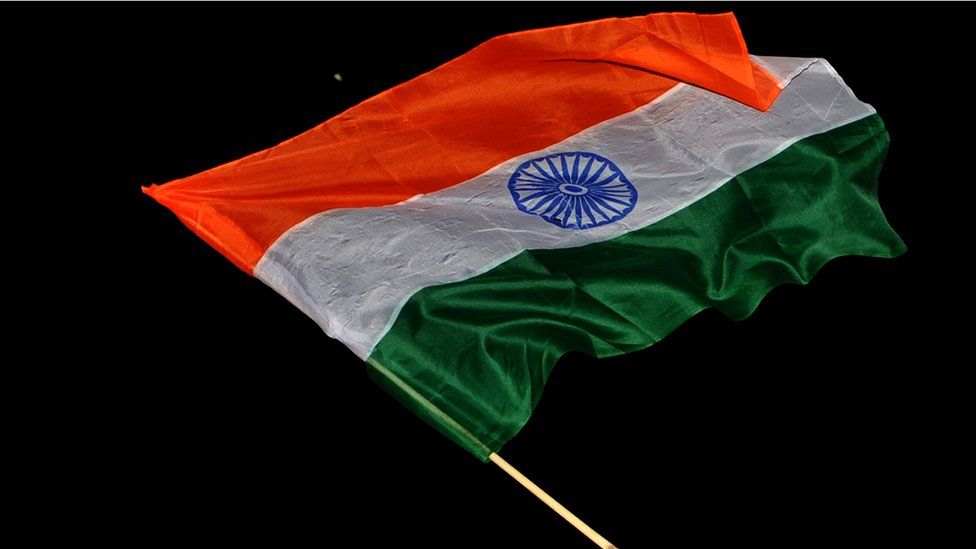 Ground Report | New Delhi: Amazon Insults National Flag; Amazon enraged Indian netizens by selling Indian flag shirts, chocolates. Amazon sells Shirts, Chocolates to the Indian Tricolour. Amazon sells face masks with the Indian flag printed on them. We all know that after using the mask, it will be thrown away or washed off.

Previously, the US branch of Amazon sold shoes and metal hoops for shoelaces resembling the Indian tricolor. Amazon was also selling doormats with an Indian flag printed on them after the Indian government called on the online shopping giant to respect Indian sensibilities and feelings. After which, Amazon also apologized to then External Affairs Minister Sushma Swaraj for hurting the patriotic feelings of the people by selling a doormat printed with the Indian flag.

The State Emblem of India (Prohibition of Misuse) Act 2005 provides for the use of “the emblem for the purpose of any trade, business, calling or profession or in the title of any patent, or in any mark or design, except in the cases and under the conditions prescribed”, a punishable offence.

“Love for nation is not to wear flag printed T- shirts , use flag printed kitchens or use flag printed caps because it is an insult and also as per law flag should be hosted on top but no one of any government authority takes action against it..” Twitter user wrote.

Another user said “For the honor of the national flag, the tricolor, the soldiers sacrifice their lives at the border. E-commerce site Amazon violates flag code by selling national flag t-shirts, masks, key chains etc. Sorry the #government does not take any action.”