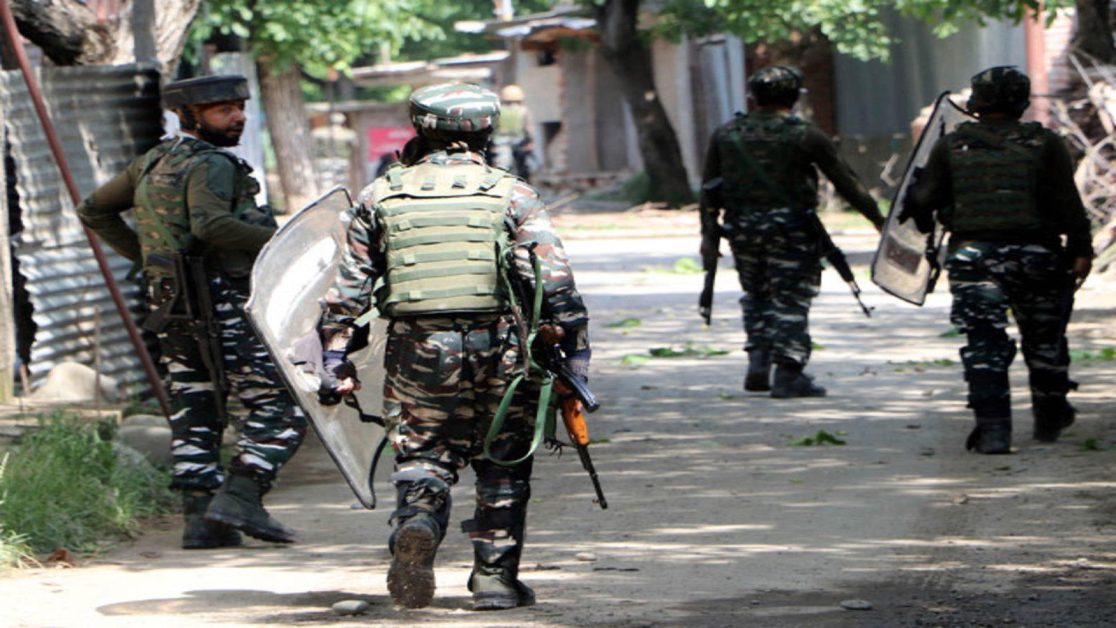 Ground Report | New Delhi: Human shield in Kashmir; Jammu and Kashmir Police Director General Dilbag Singh recently said that militants, at the behest of Pakistan, have adopted a new strategy of using civilians as human shields in live encounters and then accusing forces of killing them, just like in the Hyderpora encounter.

Singh said that in 2022 there were eight successful operations against the militancy in which 14 militants were neutralized, of which 7 were Pakistanis. “Pakistani militant groups are sending these militants across the border to disturb the peace here.”

The DGP also said that the security forces along with the J&K police are working vigorously to eliminate the elements sent by Pakistan to disturb the peace here and also those who are helping the local militants through various modules.

“We hope that, like the previous year, anti-militance operations will be carried out successfully to eliminate militancy from Jammu and Kashmir,” he said. He said that the Jawans are conducting a constant vigil around the LoC leading up to Republic Day and that all infiltration attempts will be thwarted.

Earlier, Kashmir Police Inspector General Vijay Kumar said that in the ensuing encounter, one of the top Pakistani JeM militants, Babar Bhai, was killed, and his body was recovered from the meeting place. (Human shield in Kashmir)

“According to police records, the murdered militant was a categorized militant active since the year 2018 in the Shopian-Kulgam areas and its adjoining areas. He was wanted by law enforcement in a number of cases,” the IGP said, adding that incriminating materials, weapons, and ammunition, including an AK-47 rifle, a pistol, and two grenades, were also recovered from the scene of the encounter.

Speaking to journalists in Kulgam, the IGP said that the owner of the house had misled the security forces about the presence of militants in his house.