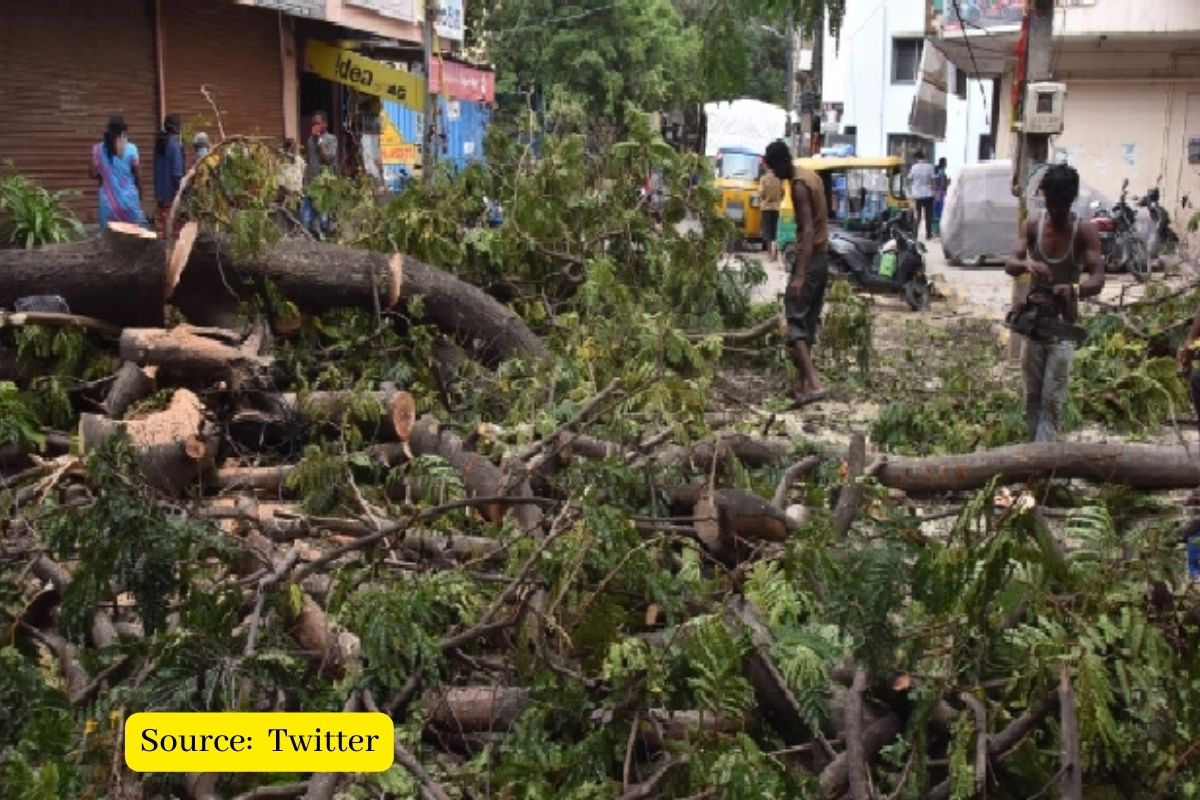 In December 2022, the Bruhat Bengaluru Mahanagara Palike (BBMP) decided that 40 decades-old mature trees in the heart of Malleswaram will be removed to widen Sankey Tank Bund Road and build a flyover from T Chowdiah Road to 18th Cross.

Now an online petition which garnered over 12,225 signatures has opposed the BBMP’s plan to widen Sankey Road and build a flyover between Bhashyam Circle and Malleswaram 18th Cross.

The petition read: “Instead of solving the traffic problem, the proposed highway widening and overpass project will create serious traffic jams and bottlenecks at the crossing in Malleshwaram and Cauvery, and the trees are more important than those projects.”

“There is a proposal for the widening of Sankey Road from Bhashyam Circle to Malleshwaram 18th cross and the construction of a flyover along Sankey Road in the Malleshwaram constituency in a bid to reduce traffic congestion in the area. They will cut down over 50 heritage trees for this project,” the petition reads.

“There has been no public consultation and the details of the project have not been shared with the public either. This is yet another example of ad hoc planning and is in direct contravention of the provisions of the Bangalore Comprehensive Mobility Scheme,” the petition reads.

The flyover plan is yet another example of ad hoc planning and is in direct contravention of the provisions of the Bangalore Comprehensive Mobility Plan, which was issued by the Karnataka Government in 2020.

Along with cutting down trees, this project will also involve removing trails regularly used by residents, including school-age children.

Most recently, on January 3, BBMP felled over 50 trees in front of the Palace Grounds to widen 600 meters of Ballari Road and add two more lanes between Cauvery Theater and Mekhri Circle. While the highway widening was done with the stated aim of reducing traffic congestion, environmental activists said they will monitor traffic flow on the highway for a few months to a year and take action if it does not improve.

The axe-cut trees were located in front of gate numbers 9 to 4 of the Palace Grounds, a well-known venue for political rallies, exhibitions, weddings, and other functions. With the felling of trees, Bengaluru has lost one more road that was covered by a canopy of trees.

“Cutting down trees is not right; the BBMP has to come up with a different plan. The city is already experiencing environmental pollution with many development projects,” a Malleswaram resident and activist told News Trail.

“This is a tank containment road unlike any other normal road and requires a different approach. This is one of the oldest roads with trees that are 80-100 years old. The project will only destroy the green heritage and Sankey Road will lose the environmental character that comes with it,” said Dr. Rajan, an area resident who had opposed the project in 2011.

In 2017, a conservative estimate reveals that at least 2,244 trees will be felled, 176% more than the state government would admit, to make way for two infrastructure projects, including the controversial steel flyover, in Bangalore.

According to a study, the planned steel flyover from Basaveshwara Circle to Hebbal Flyover and the widening of Jayamahal Road will cause a far greater impact than projected. A conservative estimate reveals that at least 2,244 trees of 71 species will be affected by felling, far more than the official estimates of 812 or 1,668 trees of 45 species.

“Various government reports list between 812 and 1,668 trees to be felled, belonging to 45 species, as a result of two projects. A conservative estimate (which does not take into account trees in areas where felling is likely but not certain) reveals that at least 2,244 trees of 71 species will be affected by tree felling,” the independent census report states.

The finding of a tree census was carried out by Professor Harini Nagendra and Seema Mundoli, both from Azim Premji University and Vijay Nishant from ‘Project Vruksha‘, between October 2016 and January 2017.