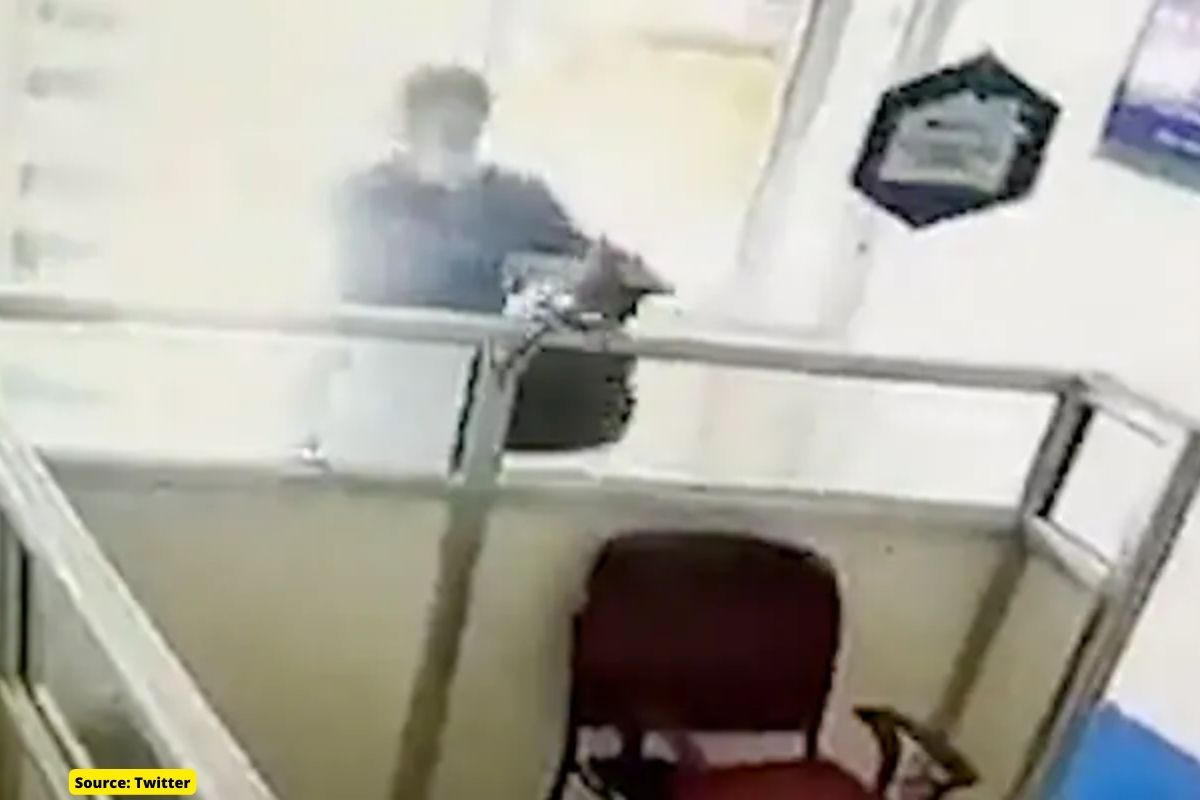 A bank manager Vijay Kumar from Rajasthan was shot dead by suspected militants in Kulgam, southern Kashmir, on Thursday, days after a teacher was killed outside a school in the district, according to police.

Police said the terrorists opened fire on a bank employee named Vijay Kumar and he later died in hospital. The search operation continues throughout the area. Vijay Kumar was a resident of Hanumangarh in Rajasthan.

Earlier, the Kashmir Area Police had said that the manager of Dehati Bank, a town in Areh Mohanpora in Kulgam district, was seriously injured in the attack. Attacks on government employees have increased in Kashmir in recent days.

“Terrorists fired upon a bank employee (manager) at Ellaqie Dehati Bank at Areh Mohanpora in Kulgam district. He received grievous gunshot injuries in this terror incident. He is a resident of Hanumangarh Rajasthan. Area cordoned off. Further details shall follow,” tweeted Jammu and Kashmir Police.

Kashmir Zone Police had said in an earlier tweet from its official Twitter handle, “Terrorists opened fire on the manager of Dehati Bank, area located at Areh Mohanpora in Kulgam district. He has been seriously injured in this attack. He hails from Hanumangarh in Rajasthan. Security personnel have taken the entire area under their siege. Still waiting for more information.

Former Jammu and Kashmir Chief Minister Omar Abdullah has expressed grief over the killing and condemned it. He tweeted, “Very sad to learn about the target killing of Vijay Kumar. Condemn this killing. It is heartbreaking to see families being destroyed like this.”

Taking to Twitter, Rajasthan Chief Minister Ashok Gehlot said, “The killing of Mr. Vijay Kumar, a resident of Hanumangarh, Rajasthan, and working in Kulgam, Jammu and Kashmir is highly condemnable. I pray to God to give peace to his soul and courage to his family.”

Attacking the Modi government, he said, “The NDA government has failed to restore peace in Kashmir. The central government should ensure the safety of citizens in Kashmir. Such killing of our citizens by militants will not be tolerated.”

Who is Vijay Kumar

Vijay Kumar, 27, hailed from Bhagwan village in Nohar tehsil of the Hanumangarh district of Rajasthan. His father, Om Prakash, is a public school teacher in Nohar, while his mother is a housewife. Vijay was three years older than his brother Anil.

Nohar Police Station SHO Ravinder Singh, who knew the family, said: “According to the family, Vijay moved to Kashmir four years ago and got married in February. His wife used to live with him.”

The killing of the bank manager comes days after a Jammu teacher was shot dead on Tuesday outside her school in Gopalpora’s Kulgam village and despite heightened security measures in the Valley to protect employees from outside of Kashmir and belonging to the minority community.

Following the murder of two migrant teachers, the Department of School Education directed the Chief Education Officers (CEOs) of the Kashmir division to place non-Muslim employees of the department in desired and safe locations.

Department sources said, “The authorities have ordered the CEOs to place non-Muslim employees in places of their choosing and in the safe zones.”

Pertinently, in recent weeks, Kashmir has seen a series of attacks against non-Muslim employees posted here:

Rahul Bhatt, 36, has been working in Tehsildar’s office for the past 10 years. He got this job under Kashmiri Pandits special rehabilitation package. Rahul Bhatt, stationed at the Chadoora tehsil office, was shot by Militants on May 12, after which he died in hospital.

Following this, on May 31, a Hindu teacher named Rajni Devi was shot dead by militants in Kulgam. She was shot by militants at Gopalpora High School.

According to reports, from August 2019 to March 2022, 14 Pandit/Hindu and non-Kashmir workers from Kashmir were shot by militants. These militants attacks have intensified after the state’s special status was abolished in August 2019.