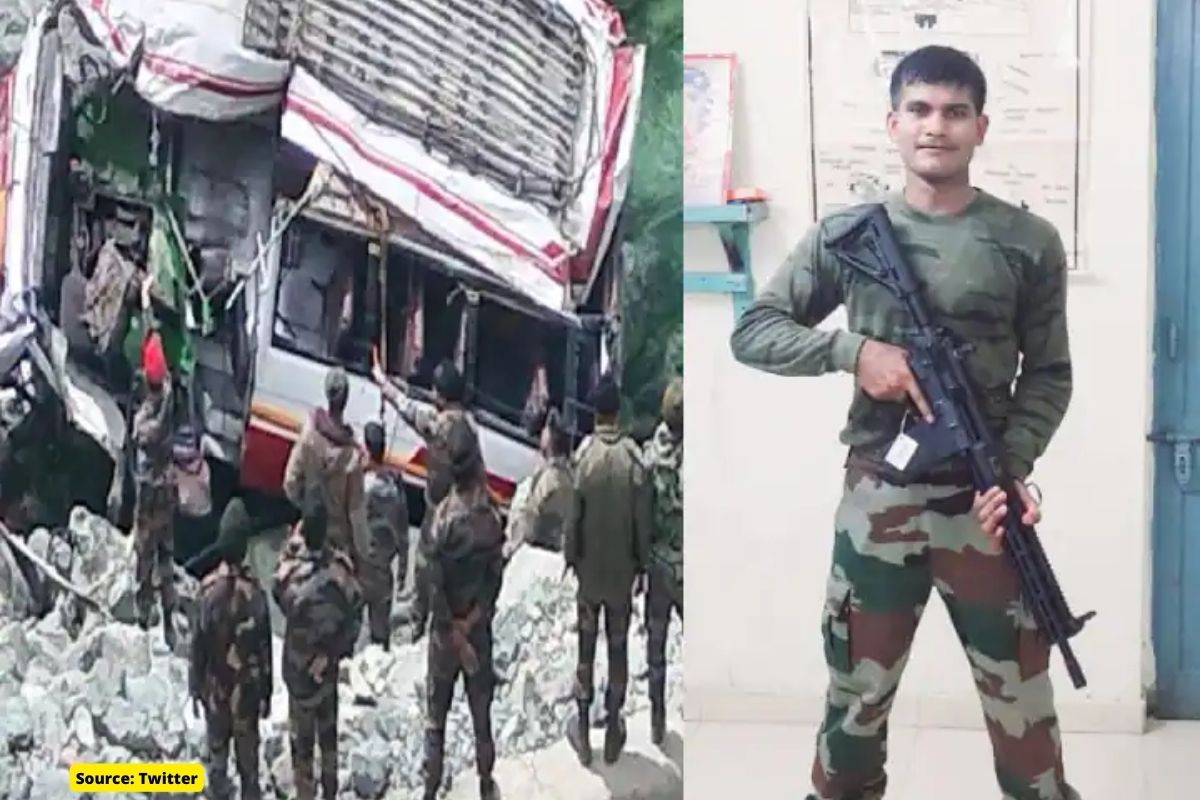 A bus carrying 26 soldiers fell into a river in Ladakh on Friday. Seven soldiers were killed and 19 others were injured in a road accident, including Ramanuj Kumar, a resident of Paliganj in Patna. A few days ago, Ramanuj returned after attending his sister’s wedding.

Who was Soldier Ramanuj Kumar Yadav

Lal Ramanuj Kumar from Paliganj in the Bihar capital Patna was also martyred in this accident. Private Ramanuj Kumar had returned to duty a few days ago after attending his sister’s wedding.

According to Reports, Ramanuj Kumar had come to the village a month ago to attend his sister’s wedding. He returned to duty from him on April 26. Ramanuj Kumar was recruited into the Maharashtra Maratha Regiment in 2016. Bihar Chief Minister Nitish Kumar and Opposition Leader Tejashwi Prasad Yadav expressed deep condolences on the martyrdom of Lal Ramanuj Kumar from Paliganj.

Ramanuj Kumar Yadav had joined the 22 Maratha regiment of the Indian Army eight years ago. Ramanuj was the youngest of three brothers engaged in the security of the country.

A bus with 26 soldiers fell into a deep gorge in Ladakh, killing seven soldiers. Many army soldiers are injured and are being treated in hospitals. Ramanuj Yadav was appointed to the clerk grade of the army.

The Indian Army announced on Saturday night that the bodies of seven soldiers, who died in a traffic accident near the Line of Control (LoC) in the Turtuk sector of Ladakh, will be moved to their respective places of origin for the last rites.

Meanwhile, the Army said 19 soldiers injured in a bus accident near Partapur were airlifted through the Green Corridor in Chandigarh for treatment at the Command Hospital. Immediate surgical procedures were performed on the critically injured and all are currently stable, the Army tweeted.