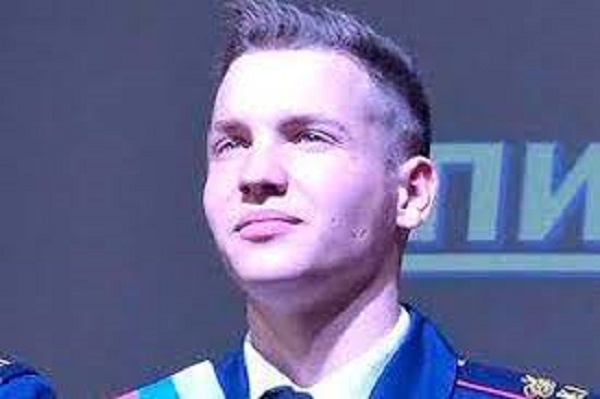 Zelensky made the statement during a conference call with ICC prosecutor Karim Khan, one of the world’s leading authorities on international human rights law, who earlier this month opened an investigation into the war in Ukraine.

The father of a favourite regional official of Vladimir Putin lost his elite paratrooper son in the Ukraine war. Georgy Dudorov, 23, was killed “while on a combat mission” when Ukrainian defenders “fired on him with artillery,” according to Russian accounts.

His grieving father, 49-year-old KGB-trained Alexander Dudorov, was handpicked by Putin to build the track in Sochi for the Formula 1 Grand Prix ahead of the first race in 2014, reports say.

His work was considered to be of high quality and the ultra-loyalist was transferred from the private sector to take on a rapid succession of public posts while the president groomed him for rapid promotion.

Dudorov Sr. is currently deputy governor of the sprawling Nenets Autonomous Okrug in northern Russia, a key region for oil and gas, where he is in charge of maintaining public order.

He has been tipped for further promotion after impressing Putin. The loss of his son is evidence that the war is taking a personal toll on Russia’s political elite.

Alexander graduated from the KGB’s Red Banner School at the end of Soviet times and is believed to have served in the FSB security service, once headed by Putin, after graduation.

He is a member of the main pro-Putin political party, United Russia. It comes after a fourth Russian general was killed, Ukrainian authorities said. Major General Oleg Mityaev, 47, was killed in the assault on Mariupol, along with seven members of an elite SWAT team, in a further blow to Putin’s invasion of Ukraine.