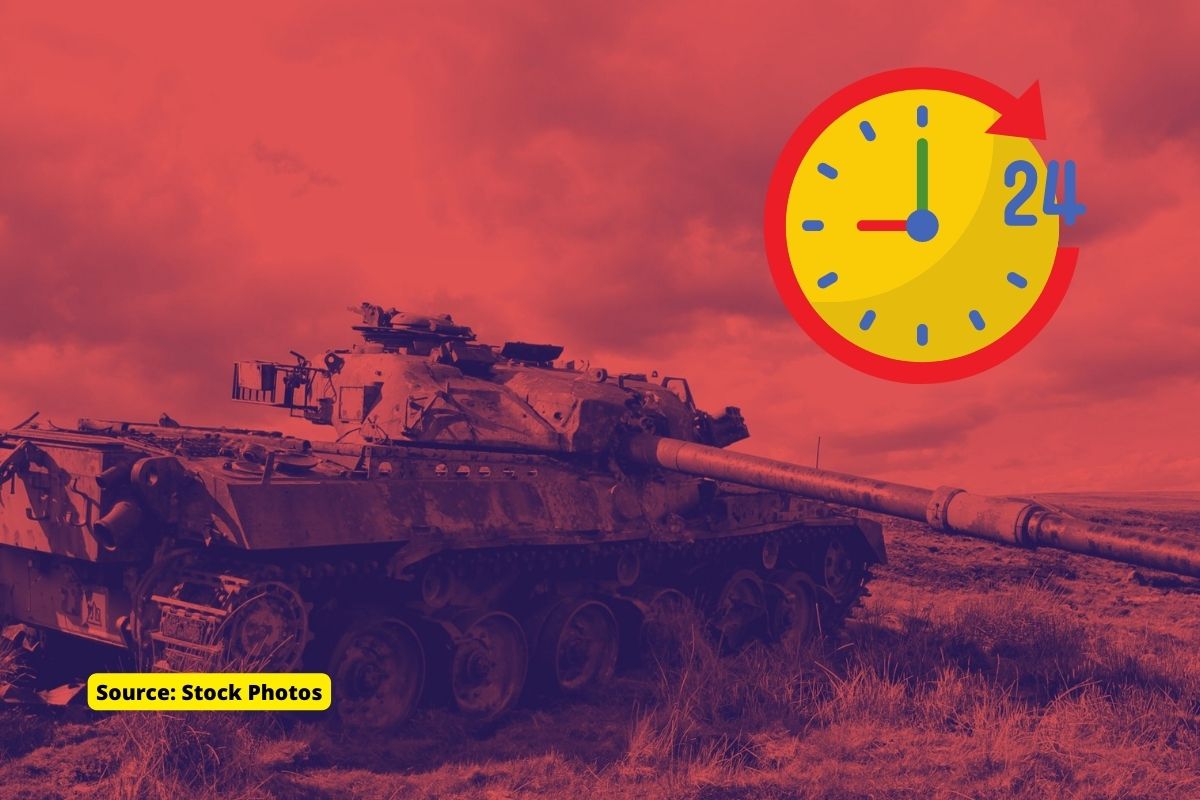 Everyone is thinking about who is winning Russia Ukraine war. As the war enters its 55th day no one can predict the results. Ukraine is bravely defending its land, with highly motivated Ukrainian troops giving befitted answers to the Russian offensive. Russia said that the war is now in 2nd phase, where Russia started targeting the eastern part of Ukraine. Ukraine is asking for weapons from its ally countries.

Ukrainian troops continue to fight this Tuesday in Kharkiv (northeast) to gain control of the entire province. According to the Ukrainian Deputy Minister of Defense, Hanna Malyar, they are advancing at a good pace: “The purpose is to liberate the entire province of Kharkiv and the occupied territories further afield. The fight continues.”

A former member of the Russian parliament, Boris Nadezhdin, has said it is impossible for Russia to defeat Ukraine and has called for peace talks in an extraordinarily outspoken criticism on state television of President Vladimir Putin’s strategy in Ukraine.

“The people who convinced President Putin that the special operation will be quick and effective, we will not attack the civilian population, we will go in and our National Guard, together with the Kadrivites [Chechen fighters], will put things in order. these people really set us all up,” Nadezhdin said.

“Now we are at the point where we have to understand that it is absolutely impossible to defeat Ukraine using those resources and methods of colonial warfare with which Russia is trying to wage war,” he added.

The President of Ukraine, Volodímir Zelenski, has assured tonight that during this month of September the Ukrainian armed forces have liberated nearly 2,000 kilometers of territory from his country that were in the hands of the Russians.

“The movement of our soldiers in different directions of the front continues. To date, as part of the active actions since the beginning of September, about 2,000 kilometres of our territory have already been liberated,” Zelensky said in his usual evening speech.

He claims to have reconquered 6,000 square kilometers (slightly more than the province of Girona) in the northeast and another 500 kilometers in the south that were under the control of Kremlin troops.

US Secretary of State Antony Blinken has claimed that the Kyiv army has made “significant progress” thanks to Western support. Meanwhile, in Russia cracks are beginning to open against the leadership of the president, Vladimir Putin. Dozens of councillors from Moscow and Saint Petersburg have requested by letter his dismissal for “high treason” for the invasion of Ukraine.

Brussels and the United States reaffirm their support for Ukraine

The Secretary of State of the United States, Antony Blinken, and the President of the European Commission, Ursula von der Leyen, held a telephone conversation this Saturday in which they reaffirmed their support for Ukraine. after the surprise trip to Kyiv by the head of US diplomacy last Thursday.

“We support Ukraine in its brave fight,” Von der Leyen said in a message on his official Twitter account in which he thanked Blinken for informing him of his recent trip to the Ukrainian capital.

During his visit to Kyiv, Antony Blinken informed the President of Ukraine, Volodymyr Zelensky, of the aid package of 675 million dollars for weapons, ammunition and defence equipment, and the notification to the US Congress of the intention to make available another 2,200 million dollars. in long-term investments to strengthen the country’s security.

The Russian Ministry of Defense reported this Saturday of the “redeployment” of the troops that were until now in the towns of Balakleya and Izium in the face of what they say from Kyiv is a counterattack.

The official spokesman for the Ministry, Lieutenant General Igor Konashenkov, explained that it is an initiative to strengthen the Donetsk region, according to the Russian news agency TASS.

“The decision has been made to regroup the Russian troops stationed in the Balakleya and Izium regions to enhance actions towards Donetsk and thus achieve the declared objectives of the special military operation to liberate Donbas,” Konashenkov was quoted as saying. by TASS.

This transfer would have been carried out for three days with the support of diversionary actions. “A severe defeat has been dealt to the enemy using aviation, missiles and artillery to avoid any damage to the Russian troops,” Konashenkov said.

5,587 killed in Ukraine since the start of war

The United Nations has confirmed 5,587 civilian deaths and 7,890 injuries in Ukraine since Russia invaded on February 24. The Office of the United Nations High Commissioner for Human Rights said the death toll in Ukraine is likely to be higher, because the armed conflict may delay reporting of deaths.

The international organization said the majority of recorded civilian casualties were caused by the use of explosive weapons with a wide impact area, including heavy artillery shelling and multiple rocket launch systems, as well as missile and air strikes.

Parts of Ukraine under Russian Control

Russian offensive in eastern Ukraine has begun following its withdrawal from the north of Ukraine. Russia has substantially increased its troop numbers in the Donbas region. Russian forces made rapid gains in the southern region. The main objective behind this is to create a corridor between Crimea which was in Russian control since 2014.

Region under Russian control are Donetsk, Luhansk, Mariupol, Melitopol and Kherson. Russia is attempting to push towards Odesa, with the aim of cutting off Ukraine’s access to the Black Sea, but their advances stalled at Mykolaiv.

Russia’s war in Ukraine has left some 17.7 million people in dire need of humanitarian aid, according to United Nations estimates. The UN also warned that the crisis will affect more people as the harsh winter season approaches.

The United Nations estimates that humanitarian organizations have expanded their operations to reach 11.7 million people since Russia’s war in Ukraine began six months ago.

The Donbas region, consisting of Donetsk and Luhansk provinces, is the eastern part of Ukraine near the Russian border. Russia wants to capture this to slice Ukraine into two and block Ukraine. This will give Putin a badly needed victory after failure in Kyiv.

The eastern cities of Kharkiv and Kramatorsk are under deadly attack. Russia said it struck areas around Zaporizhzhia and Dnipro west of the Donbas with missiles.