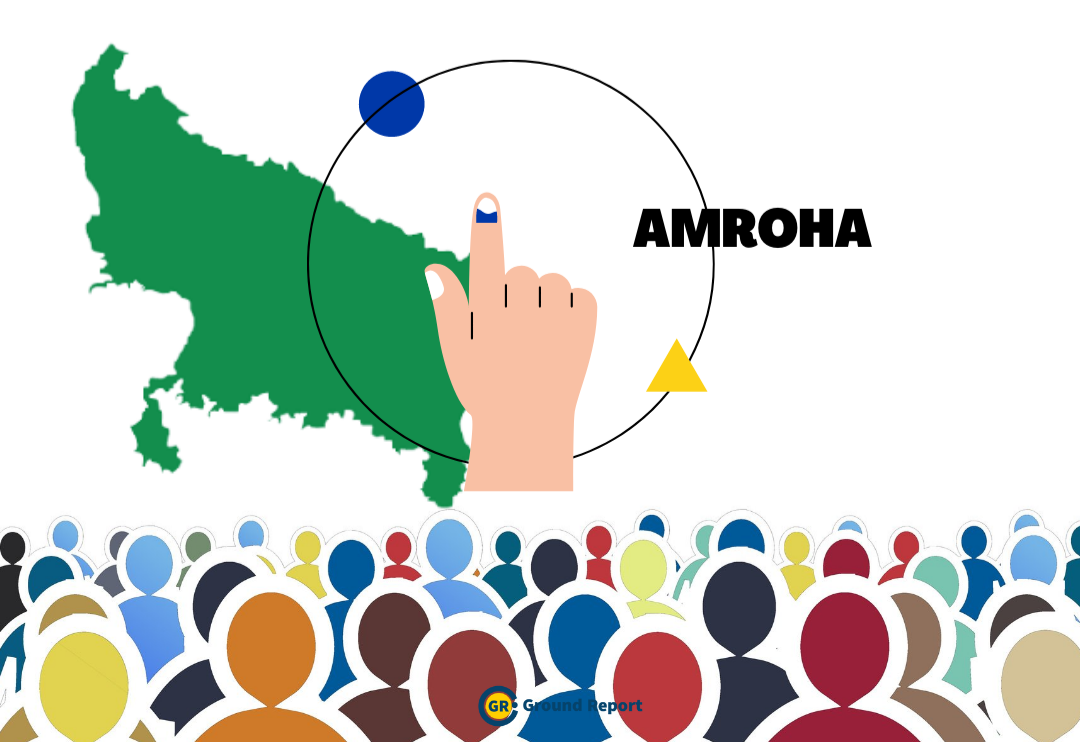 Ram Singh Saini is a candidate of Bharatiya Janta Party(BJP) in Amroha constituency and representing BJP for this ongoing election in Uttar Pradesh 2022.

Mehboob Ali is a politician in Uttar Pradesh, India. Since 2002, he has been a member of the Samajwadi Party in Amroha constituency. He has also held other ministerial positions. Mehboob, active in political life for four decades, started his political journey from the post of Chairman of Cooperative Dairy. In 2017, Mehboob of SP defeated BSP candidate Naushad Ali by 15 thousand votes. BJP’s vote bank also increased in the last election.

Mohammed Naved Ayaz is the candidate of Bahujan Samaj Party (BSP) from Amroha assembly seat of Uttar Pradesh. Recently he made allegation on SP MLA Mehboob Ali and BJP for threatening him. The bike-borne assailants opened fire on the car of BSP candidate Naved Ayaz returning from the wedding ceremony. They narrowly escaped in the incident. The police reached the spot as soon as the information was received. The bullet marks in the car have been investigated. There was anger among the BSP after the incident. Considering the incident suspicious, the police is talking about conducting a forensic investigation of the vehicle.

Amroha, lying in the middle of the road connecting the country’s capital Delhi and the state capital Lucknow, also has handloom industry, pottery, dholak and cotton business. More than 60 percent of the Muslim voters are here since the new seat was carved out of Kanth assembly. The second phase of voting will start from 14th February and counting will held on 10 March 2022.