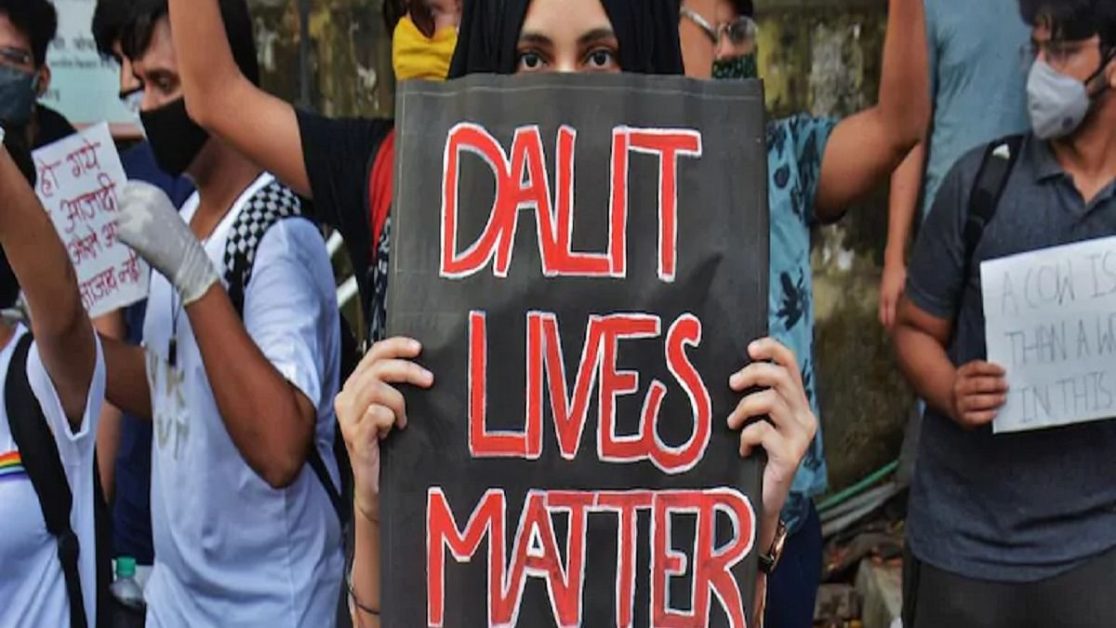 At least 10 Dalit women are raped daily in the last 10 years, and their susceptibility to rape has increased by 44%

Ground Report | New Delhi: Dalit women in India; A sensitive part of the report illustrates the compounding effect of wealth and location in widening the gender gap. At least 80%of the women in the poorest 20% in the country are illiterate the report of the UN shows the high rate of gender inequality in India and also the rate of Dalit women is much higher. The report also shows that a Dalit woman on average dies 14.6 y5rs younger than higher caste women.

The report from the UN shows the high rate of gender inequality and caste discrimination in India. 2030 agenda for sustainable development goals (SDG) that was set by the UN two years ago. The 17 SDG’s aim to end poverty and hunger, assure gender inequality, and build a life for dignity for all in the course of 15 years.

A crucial part of the report illustrates the compounding effect of wealth and location in widening demographic and health surveys data in India, 20to 24 years old woman from poor household is over 5times as likely to be married before 18 and 5.8 times as likely to become an adolescent mother as one from a rich urban household.

The report, which comments on multiple and intersecting inequalities worldwide, also highlights the compounding effects of caste gender and noted that a women’s caste can increase her exposure towards morality. The citing data from the survey on morbidity and health care in the NSS 60th round survey. This it said could be due to factors like poor access to sanitation facilities, inadequate water supply, and health care.

As UN officials said that the progress for women and girls remains “unacceptably” low. “even where progress has been made,” they said,” it has been highly uneven.”

Dalits, also known as “untouchables” in India, are at the bottom of the South Asian country’s caste hierarchy. Dalit women, who make up 16% of India’s female population, face a high risk of gender and caste-based violence and are often exposed to widespread sexual violence.

According to a report by India’s National Crime Records Bureau, at least 10 Dalit women are raped daily in the last 10 years, and their susceptibility to rape has increased by 44%.

According to the Human Rights Watch reports, the use of sexual exploitation and other forms of violence against Dalit women was used by landlords and police as tools to deliver political “lessons” and to crush dissent and labor movements within Dalit communities. has gone.

Women were raped and mutilated before being murdered by members of the Ranvir Sena in Bihar’s Laxmanpur-Bathe in 1997; In Bihar and Tamil Nadu, women have been beaten, arrested, and sometimes tortured during violent searches and raids on Dalit villages in recent years.

Like other Indian women whose relatives are sought out by the police, Dalit women have also been arrested and raped in custody as a means of punishing their male relatives who are hiding from the police. As very young women, they are forced into prostitution in temples under the devadasi system.

Cases documented by India’s National Commission for Women, local and national non-governmental women’s rights organizations and the press reveal a pattern of impunity in attacks on women, consistent with our findings.

In all cases of documented attacks on women, accused state and private actors escaped punishment; In most cases, the attacks were neither investigated nor prosecuted. Until recently, the plight of Dalit women has also been neglected by various political movements. As explained by Ruth Manorama, head of the newly formed National Association for Dalit Women:

Dalit women are at the bottom of our community. Dalit issues were not taken seriously in the women’s movement. Women have been neglected in the Dalit movement. Caste, class, and gender need to be seen together. Dalit women have contributed to this discourse… Female labor is already underreported; When she is a Dalit, she is void… Atrocities are also much more obscene.

Law and order is not accessible to many Dalit women. Women seeking to file a police complaint often find it difficult to do so. Evidence gathering and witness testimony are even more challenging. Police are slow to file complaints, investigations involving Dalit women are often delayed, and officials often raise suspicions that rape took place.

If a case is filed, the woman is likely to face new hurdles before a judge “whose gender bias and caste affiliation can greatly influence the verdict in the case,” HRW reported.

Witnesses rarely agree to come forward to testify or confirm a victim’s statement for fear of reprisal from perpetrators, who are often in positions of relative power in the community.