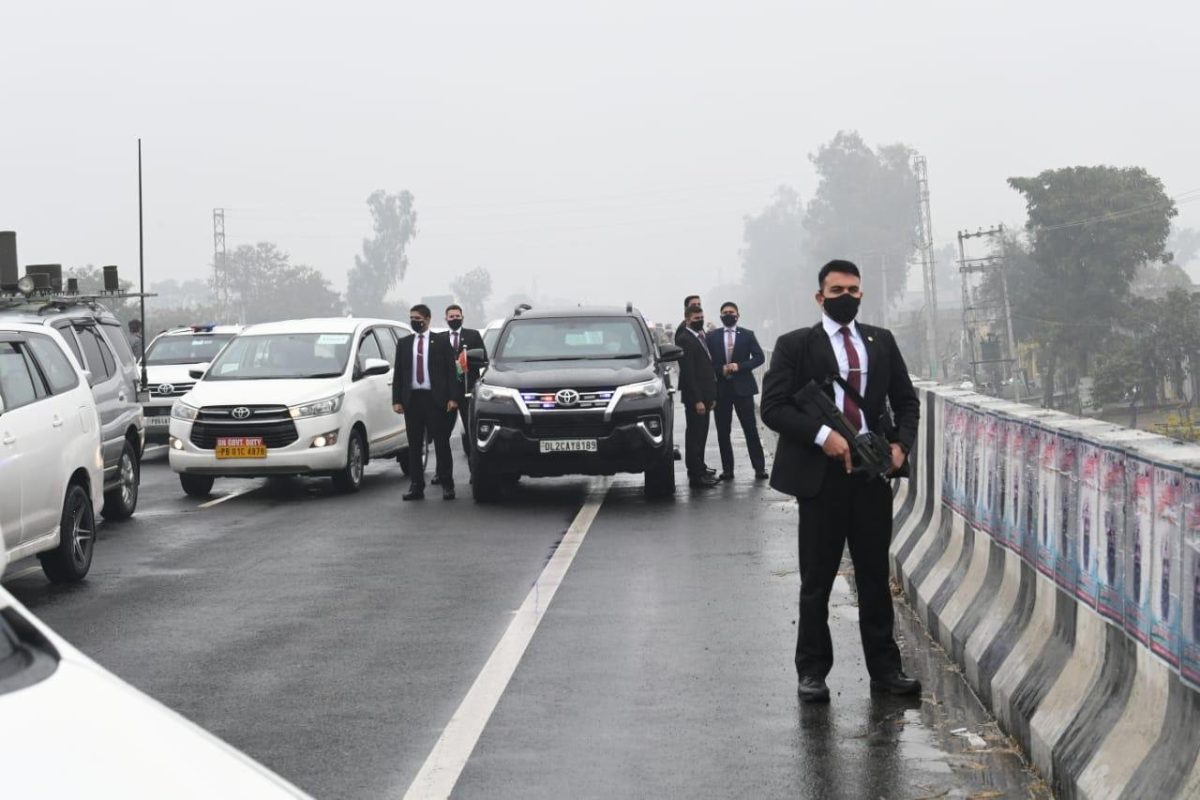 Ground Report | New Delhi: PM Modi’s security Breach; In a “security lapse”, Prime Minister Narendra Modi’s convoy was stranded on an overpass due to a blockade by protesters in Ferozepur on Wednesday. The incident forced the prime minister to cancel his rally and other planned events in Punjab, which is subject to the polls.

The Union Interior Ministry ordered the state government to submit an immediate report, saying it did not secure the required deployment, while Interior Minister Amit Shah said such abandonment of security procedure during the prime minister’s visit is Totally “unacceptable and accountability” will be redressed.

The Special Protection Group (SPG) is responsible for the safety and security of the Prime Minister. After the amendment to the SPG Act, the PM is the only protégé of the agency. The elite command force is responsible for providing immediate security to the Prime Minister. This means that the immediate cordon around the PM is that of SPG personnel.

The Prime Minister’s itinerary and the most minute security details are discussed, finalized and documented very meticulously by the central agencies in close coordination with the SPG. The entire exercise involves central and state agencies.

The SPG also conducts an advanced security liaison (ASL) that requires maintaining every minute of the prime minister’s schedule. Officials from the Intelligence Office of the state in question, police officers and the district magistrate participate in this exercise. Whenever the PM visits a state, the local police maintain this minute-by-minute program under the supervision of the SPG.

Who protects the PM?

The responsibility for law and order in a state rests with the police. But when it comes to PM, SPG is also in place for your security. “SPG teams go in advance to ensure safety on any visit by the prime minister. He meets with local intelligence officials. Where, what should be the arrangement, what should be the route, they decide everything.

While the SPG has sole responsibility for the security of the PM, the perimeter routes and areas that the PM visits are protected by the state police under the supervision of the SPG.

In the statement, the Interior Ministry said that in view of the contingency plan, the Punjab government has to deploy additional security to ensure any road movement, which was clearly not deployed. “After this security breach, it was decided to return to Bathinda airport,” the statement said.

The ministry also asked the Punjab government to correct the liability for the lapse and take strict measures, the statement said. Some farmers’ bodies, including the Kisan Mazdoor Sangharsh Committee, had announced that they would oppose Modi’s visit. BJP President J P Nadda alleged that Channi refused to speak on the phone to address the matter.

“The tactics used by the congressional government in Punjab would harm anyone who believes in democratic principles,” Nadda said in a tweet.