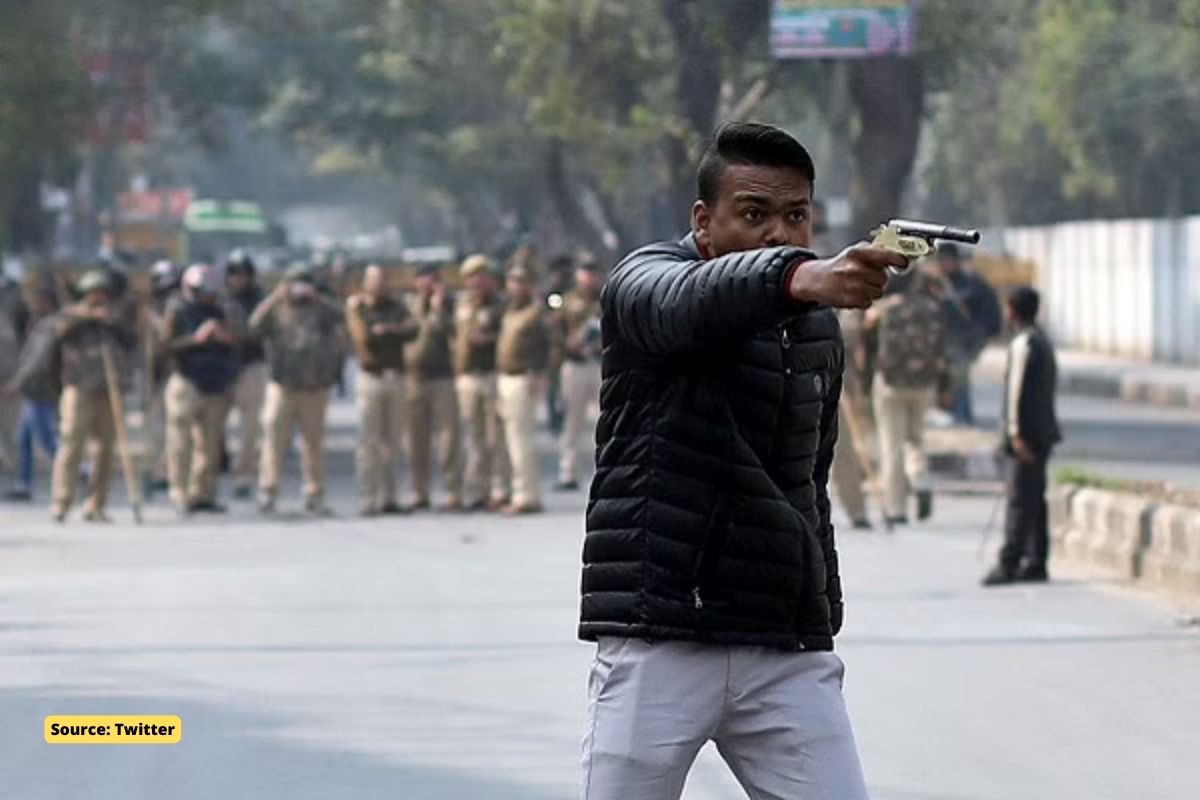 Rambhakt Gopal, a shooter who fired in protest of the Citizenship Change Act (CAA) near Jamia Millia Islamia in 2020, has sparked another controversy after an incendiary video went viral from his Instagram account. Rambhakt Gopal was released on bail.

He made his Twitter account private after several social media users shared such videos and called for harsh measures against him.

Last year, Haryana’s court released Gopal on bail after he was arrested for public protests against the Muslim community during a mahapanchayat in Pataudi.

The joint video shows him pointing to the window of a car with a barrel of a gun, which intimidates children who run away or leave, and some see it. Only the door is closed.

The car sometimes stops when children are surprised to see a gun pointed at them and close the gate. Only then does the car move forward. The Hindi video says “Gau Raksha Dal, Mewat Road, Haryana”.

In a video that appeared on Twitter, originally posted on his Instagram, you can see a group of people dragging a possible “cow smuggler” into a van. You can see men holding and pointing pistols and rifles at a helpless man who is being taken into a car.

Another video shows people, mostly women and children, being pointed a gun as a car passes houses on the streets. People run into the room, closing the door behind them because they are afraid for their lives. Signature: “Gau Raksha Dal, Mewat Road”.

Another video shows a group of guys using pistols and pulling a young man into the back seat of an SUV, while he is lying on the ground trying to free himself. The boys grabbed her arms and legs and lifted her to throw her in the back seat. The video was allegedly published with the caption “Cows are taken away by a smuggler”.

Gopal regularly makes conflicting joint remarks in various “Hindu Mahapanchayat” in Haryana. Last year, he made headlines for leading a huge crowd at the Mahapanchayat in Pataudi, ​​Haryana, where hateful and public slogans are allegedly being spread. He was arrested in the case, and Haryana’s court later released him on bail.

A young man who identifies himself as Ram Bhakt Gopal was convicted of shooting a CAA protester on January 30, 2020. He was then convicted as a minor and released on bail a few months later. He regularly posts videos on his social media accounts, bragging about his “bravery” and the ammunition he owns, mostly pistols.