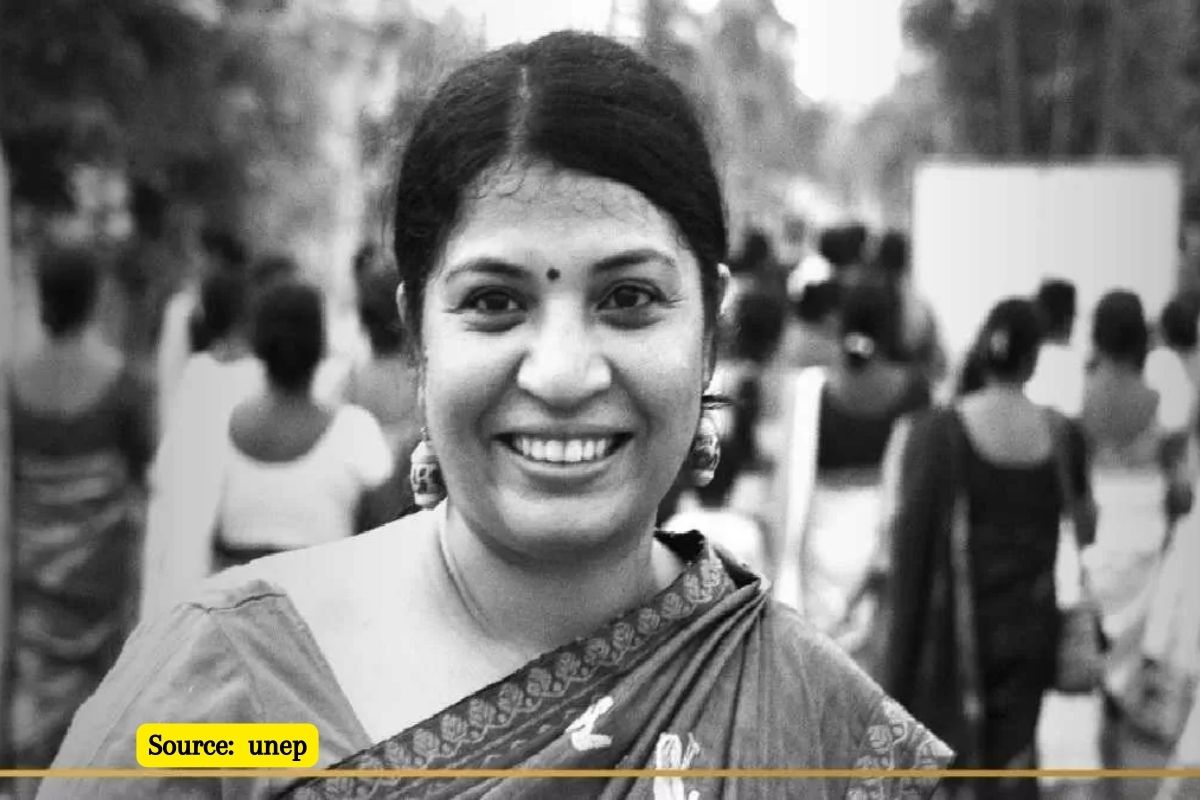 An Indian wildlife biologist, Purnima Devi Barman, was recently awarded UN’s highest environmental honour i.e. Champions of the Earth. The award was presented in the Entrepreneurial vision category for the conservation of the adjutant stork.

“Ecological restoration is so important to save our biodiversity and to save ourselves. Each person, each species, we are connected with a single thread”

But, the story starts with a bird. Adjutant Stork, with its unique ability to shallow bones. Hence, the Assamese name ‘Hargila’ where ‘har’ means bone and ‘gila’ means to swallow.

The population of the bird was previously distributed from India throughout Nepal, Bangladesh, Myanmar, Thailand, Laos, Vietnam and Cambodia. Now, the adjutant stork is the second rarest stork species in the world according to the IUCN Red List.

With rapid decline of population since the 1990s owing to urbanization, habitat destruction, pollution of wetlands these greater storks are now only found in Assam and Bihar in India and in Cambodia.

Being a scavenger its primary diet is carnivorous in nature and feeds on carrions. They are also found foraging in garbage dumps and ponds hunting for insects, fishes and frogs.

Despite its positive contribution towards the ecology by feeding on the dead and pests such as snakes, rats and insects, they were considered as a bad omen and a carrier of diseases. Therefore, often chased away from their habitat including disturbances in their nesting colonies and felling of nest trees.

Other factors that have contributed towards its decline also include ingestion of polythene bags, getting entangled in fishing nets and ingestion of pesticide from open rubbish dumps.

Report from the World Wildlife Fund and United Nations Environment Programme has found that the conflicts between people and wildlife are one of the main threats which can result in irreversible impacts on ecosystems.

She has provided women with looms and yarns to engaged in weaving traditional Assamese garments called ‘gamosas’ and ‘sador mekhela’ with stork motifs. This interventions not only stilled a sense of ownership to save the stork but also provided the women with financial independence.

The Hargila army organized many group meetings with young people in the community. The organisation taught them about the importance of the stork and created environmental education activities for local school students.

Incorporating religious and spiritual events with the conservation program helped greatly and motivated the local people. For example, in Bihar mythology the greater adjutant stork is called ‘Garuda Maharaj’, the mount of Lord Vishnu.

With the help of ‘Hargila Army’ Purnima Devi Barman has managed to increase the population of the stork by 50% since the 1990s. In addition, the birds which were once loathed are now loved and worshiped in the community.

“Everyone can make a change, be courageous and take single steps from your own home”, she says.