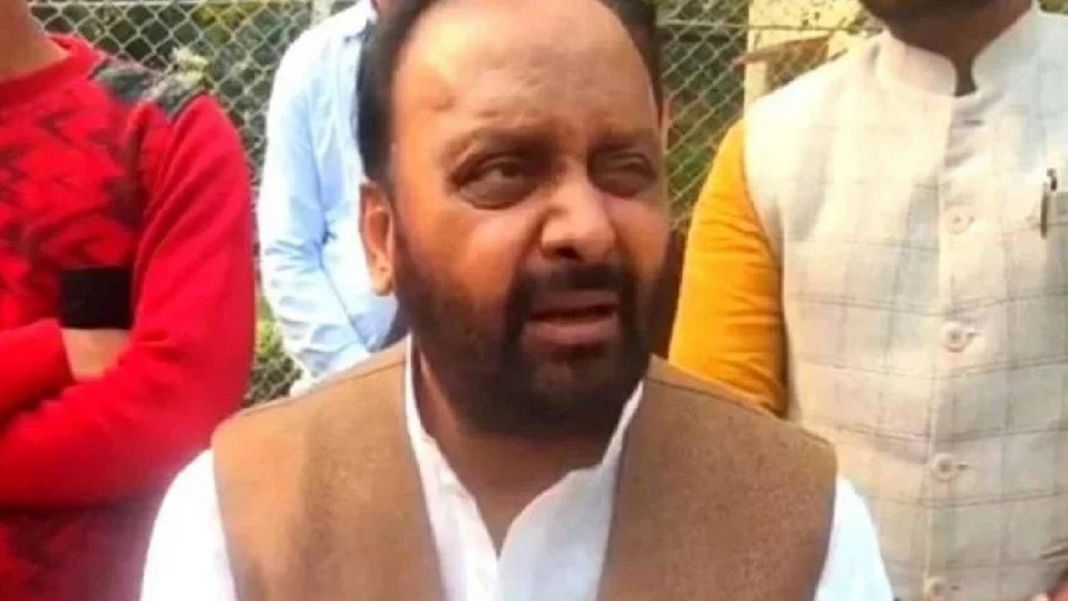 Om Prakash Singh is an Indian politician born on 13 May 1959, village sevrai, post-bhadaura Ghazipur, Uttar Pradesh. By education, he has done M.A and B.P.E.D from Banaras Hindu University. He is both a social and political worker.  He had participated in  Inter-University Competition, Volleyball (1978-1982) and took part in Wrestling Championship the same year. In 1980-81 he was elected as Captain for the Kabaddi team at B.H.U. (National level).

Om Prakash Singh contested the election of the students’ union of Banaras Hindu University in 1985 and became the General Secretary. Singh was elected to the Uttar Pradesh Legislative Assembly in 1989. He was re-elected seven times, becoming Deputy Leader of Opposition in 1996.

In 1998 he was elected to the 12th Lok Sabha representing Ghazipur. In his two years as an MP, he was a member of the Committee on Commerce and its Sub-Committee on Textiles.

From 2003 to 2007 he was the Uttar Pradesh Cabinet Minister for Irrigation, and then from 2012 to 2017, he was the Cabinet Minister for Tourism in the Akhilesh Yadav ministry. He was also a member of the Consultative Committee for the Ministry of Coal, the Railway Convention Committee, and the committee to review the rate of dividend payable by the Railway Undertakings to General Revenues.

In 2012, he was elected to the Indian Legislative Assembly, representing Zamania, while remaining a cabinet minister in the Uttar Pradesh Government for the Samajwadi Party. Singh lost in the 2007 and 2017 assembly elections. Once again a close contest is being expected in the 2022 elections. In this election, Om Prakash Singh from Samajwadi Party, Sunita Singh from Bharatiya Janata Party and in-charge Parvez Khan from BSP are in the fray.