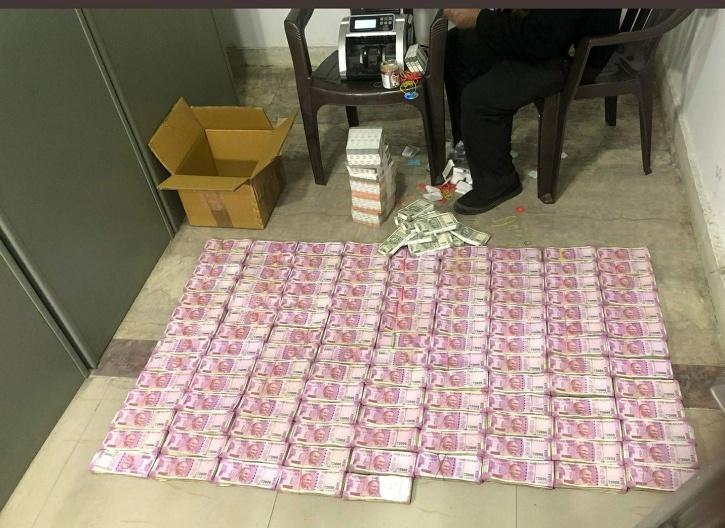 Ground Report | New Delhi: Who is ex IPS RN Singh; Ahead of the assembly elections in Uttar Pradesh, a cache of notes from far and wide is being recovered in income tax raids. The Income Tax (IT) Department recovered more than Rs 5 crore in cash during raids on the Noida residence of former Uttar Pradesh IPS cadre official Ram Narayan Singh.

According to the media report, the department had received information that several million rupees worth of cash was kept in the basement of the building, adding that a company that was run from the basement had 650 lockers.

A source from the IT department said that so far no cases have been recorded and that it was just a search operation, which they called a survey. The source also added that they are checking whether he has any connection to the Benami estate or not. As the search operation is still ongoing, it has not yet been officially confirmed what has been recovered from inside the house.

Who is ex IPS RN Singh?

Ram Narayan Singh, the Ex IPS officer of UP cadre, batch 1983 was raided by the Income Tax Department recovering cash of Rs 5.8 crore so far. The IT department ransacked the house of RN Singh in Noida Sector-50. Singh’s son Suyash and his family live in this house. The former IPS officer along with his wife lives in Mirzapur.

Reports said that the former IPS officer was running a private firm Manasam Noida Vault — from the basement of his house in A block of Sector 50. The company was started in 2017, the same year Singh got retired. The company is in the name of Singh’s wife. It is said to be their ancestral work.

The IT team has got around 600 private lockers inside the basement of the house, of which the Singh’s son was taking care of. Most of the lockers were found empty and some store with cash and documents in them. Lockers were given on rent to other people. The owners of the five suspected lockers have not come forward. The IT department contacted those people but they were reluctant to come forward.

As per the IT official,  they are figuring out if the owner of the lockers had any link with politicians or if the money is made accessible to the candidates contesting in the elections of the state.

Singh Stated at a news conference, that after his retirement he stayed in his village. There is a private locker facility that we provide. Two lockers are in my name. Nothing illegal has been found in them except family jewellery. The I-T team is searching the other lockers. He doesn’t know about the cash that has been recovered.

The investigation has been initiated to verify whether it has any links with the Benami property. The term benami stands for “No Name “, Benami property would be one where a person’s own name is not used but the name of another person or a fictitious person is used instead. In such situations, the seized amount is to be deposited in the government account.

In addition to this, 23 kg of gold worth Rs 11 crores and 600 kg of sandalwood oil worth Rs 6 crores were also recovered. Bill counting has been underway for the past five days with the help of officials from the State Bank of India and 20 bill counting machines.