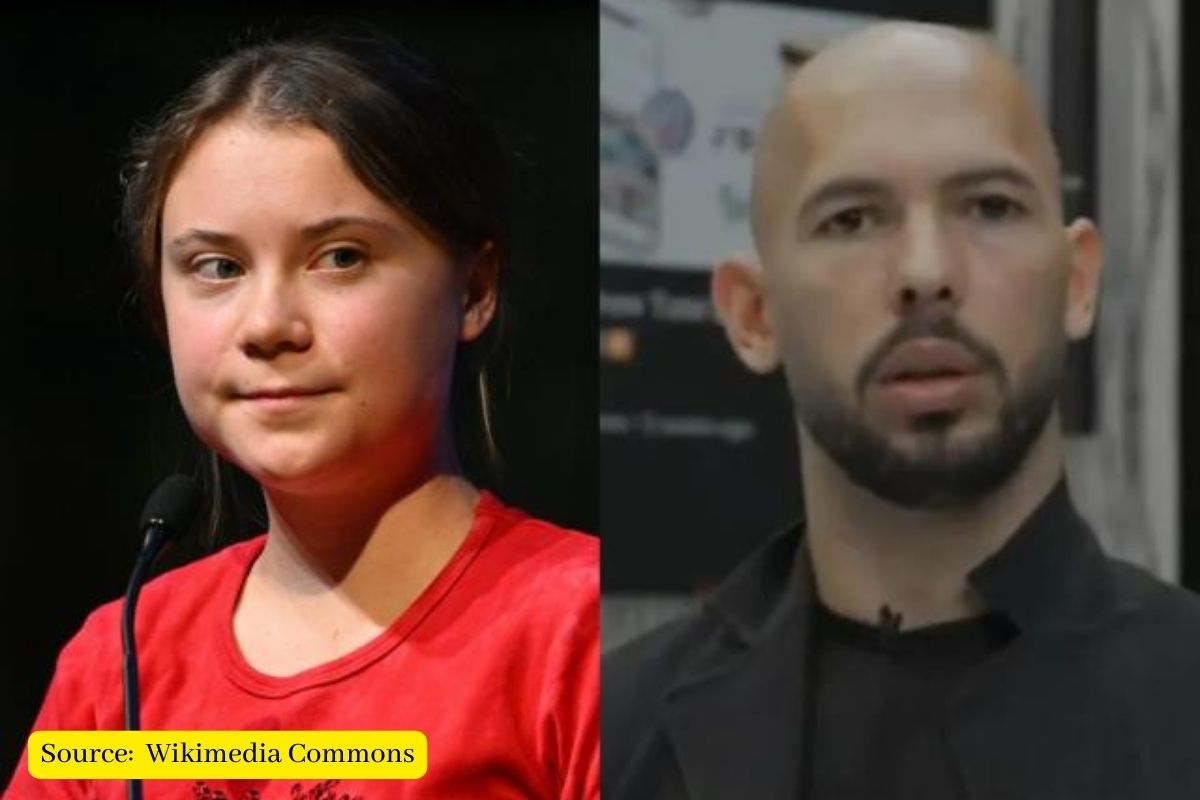 Tate took to Twitter to mention the number of cars he possesses and proceeded to list them along with their powerful engines. His prized Bugatti and Ferraris were featured in the tweet that demanded Thunberg’s email address so Tate could furnish her with further details.

Attaching an image pouring gasoline into his Bugatti, he assured that he had up to 33 vehicles that pollute. “This is just the beginning. Please provide your email address so I can send you a full list of my car collection and their respective huge releases,” she requested of the young woman.

In addition, it also made fun of the speech he gave at the United Nations, where he criticized world leaders for being to blame for climate change. He has wanted to point out himself as one of those who has polluted the most in recent years.

However, it seems that Thunberg has not felt very threatened by his ‘attack’ and has responded loud and clear to the influencer: “Yes, please enlighten me. Email me at smalldickenergy@getalife.com”. An email address that translates to ‘small penis power’ and ‘get a life’.

And no, it’s not an innocent. In barely an hour, her and her response has garnered far more interactions than Tate’s initial tweet, plus thousands upon thousands of mocking comments.

“Global temperature has dropped leaving Tate absolutely freezing ,” one user replied. “Imagine being so in need of attention that you find the need to attack a young woman on social media because she believes in a better world,” others have complained.

Who is Andrew Tate?

His name is Andrew Tate, he was born in the United States and holds British and American citizenship, has won several world titles as a professional fighter and is a commentator for an MMA promotion in Romania called Real Xtreme Fighting.

Tate apparently made his fortune running an adult cam business called “myfreecams” with his brother Tristan. They employed women to have chat sessions with men in which the women complained about personal tragedies and claimed to need money, which the men would then provide via a “tip” feature on the site.

The Daily Mirror interviewed the two brothers in March. Tristan said in the interview that the company was a “big scam to sell gory stories to desperate men”.

Tate apparently made his fortune from him by running an adult webcam business called “myfreecams” with his brother Tristan.

They hired women to have chat sessions with men in which the women complained about personal tragedies and said they needed money, which the men then provided through a “tipping” feature on the site. The Daily Mirror interviewed the two brothers in March. Tristan said in the interview that the business was a “big scam to sell sad stories to desperate men.”

In 2016, after joining season 17 of Big Brother, Tate was forcibly removed from the pageant after a violent video of the athlete was shared on Facebook. This short clip showed Tate beating a woman with a belt, prompting Tate’s immediate eviction from the house.

This would be just the first of many controversies to follow Tate over the years. Although the woman in the video has clarified that Tate’s actions were consensual, his actions only sullied his name, drawing even more negative press as time went on.