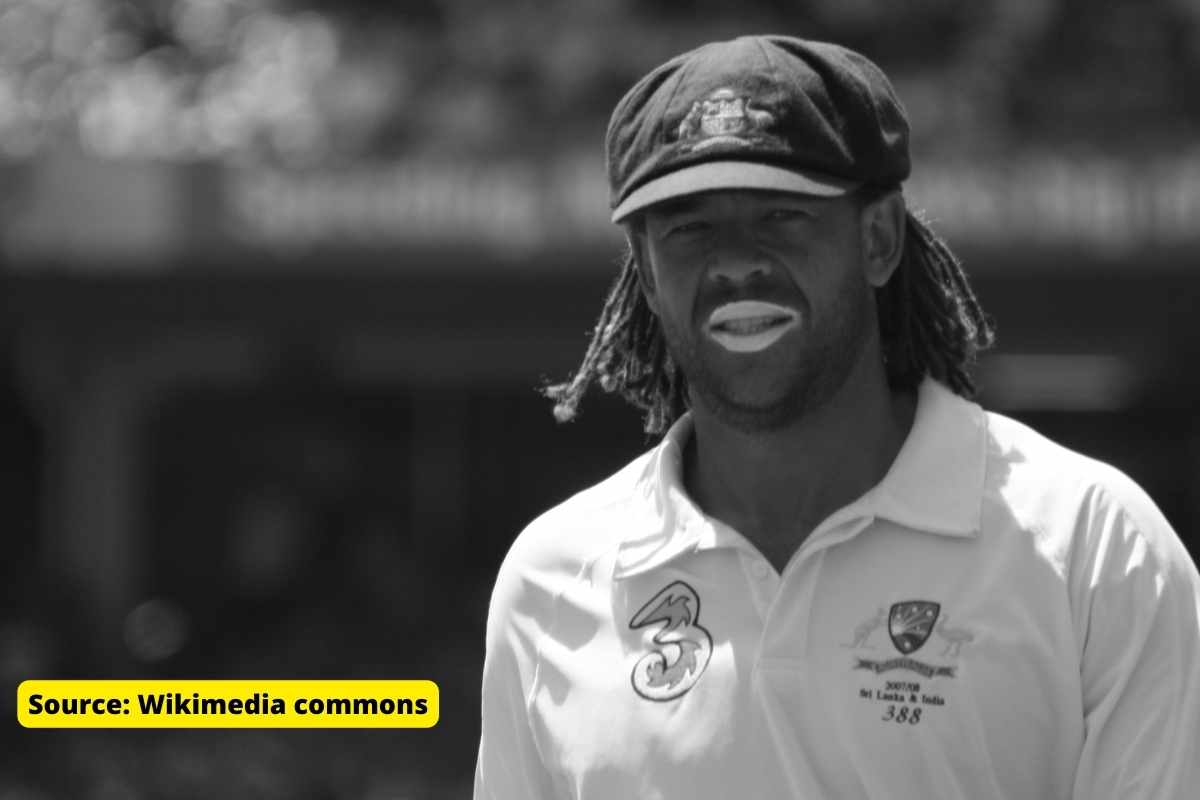 A beast of a man, a middle-order batsman, off-spin and medium-pace bowler, an intimidating presence, strong & expressive. These are the kind of adjectives that come to mind when one thinks of the Australian Cricket Star Andrew Symonds.

Symonds met with a car accident in Townsville, Queensland on 14th May 2022. In their statement, local authorities have revealed that at 10:30 pm local time, Symonds’ car veered off the road and rolled. Emergency personnel responded in an attempt to revive him but he was pronounced dead at the scene.

This article takes an in-depth look at Andrew Symonds, his career, his life on & off the field, controversies & more.

Born on the 9th of June 1975 in Birmingham to West Indian-European parents, Andrew Symonds grew up in Australia. He started his Cricket career for Queensland in 1994 where he scored 5000 runs and took more than 100 wickets. He made his first blip on the radar at 20 years old, in 1995, where batting for Gloucestershire he smashed a record a total of 20 sixes in a match against Glamorgan. Even though his county performance was a clear window into his sheer talent, he couldn’t solidify his place on the international stage.

Symonds’ old coach Toot Byron commented that he hated watching him bat. “He wasn’t in control of his shot selection. He’d get 24 off an over and then go out on the last ball of that over” Byron added.

Over the next few years, Symonds remained in & out of the Australian team until the turning point – the 2003 World Cup. Selectors, fans & analysts were rooting for a much more experienced Steve Waugh over an inconsistent Symonds. However, Captain Ricky Ponting made his bet on Symonds and this was exactly the kind of break Symonds was eying. Among a masterful 143 off 125 balls against Pakistan, Symonds had a dream run during the tournament with many such invaluable knocks. He was quoted as saying,” In the past, I was a man without a map when I went out to bat.”

Slowly, gradually, Symonds embraced his role as an All-rounder. However, his own actions were his undoing. The first nail in the coffin of a career cut short by off-field controversies was in 2006, where Symonds was set to win the ‘Player of the Year’ award with the most votes, but of drinking. He was suspended.

The 2007-08 season was his best performance, with the Bat as well as the ball. Symonds scored 777 runs in 9 Tests against Sri Lanka, India & West Indies. He was the first one to embrace the 20-over format when the IPL came into existence in 2008 and implemented his playing style for the teams he played. He was one of the costliest players in the auction. Even though the star-studded Deccan Chargers failed miserably in the first season, it went on to win the next season in 2009.

Despite being an excellent player with the Bat, Ball, and on the field in all formats of the game, Andrew Symonds was his own undoing. Disciplinary issues continued to hamper his career. The infamous & lengthy ‘Monkeygate’ altercation with Harbhajan Singh and alcohol problems before the 2009 T20 World cup were his second and third strikes. Resultantly, his national contract was canceled.

Andrew Symonds was the ultimate limited-overs package. He made a mark on the sport as no other player could. His radiant energy & personality will be remembered. His untimely demise comes just months after the death of fellow Australian greats Shane Warne & Rod Marsh who died unexpectedly of heart attacks.