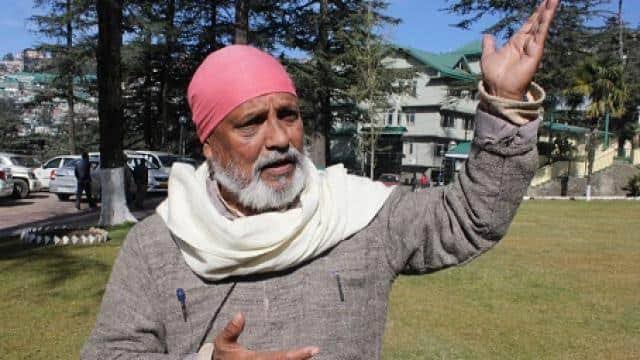 Ground Report | New Delhi: Who is Anil Joshi of Uttarakhand; Scientists around the world are constantly warning about global warming while most people are still not ready to take it seriously. Amid questions about the condition of the earth, many countries are trying to tackle climate change. The hard work of a former government official of Uttarakhand in the hope of earning this thought brought color, then the precious forest was created.

When common fertile land was converted into forest, it developed so much in terms of fruit production that the veterans of Indian Railways died. In fact, when the value of the land was calculated for the rail project, it was as if the railway authorities were sweating.

Thanks to the hard work of Anil Joshi who has established a forest by planting 1 million saplings on the route of Rishi Kesh-Karan Prayag Rail Line. That is, it is clear that if the railways have to cut them to lay a new line, it will have to pay Rs 400 crore. Which, of course, made the video an overnight sensation. Therefore, the matter has now reached the tribunal for compensation.

Who is Anil Joshi of Uttarakhand

Dr. Anil Prakash Joshi is an environmentalist, green activist and father of Himalayan Environmental Studies and Conservation Organization (HESCO), a Dehradun-based voluntary organization. His work majorly involves developing sustainable technologies which are eco-inclusive for the development of the ecosystem. He coined the G.E.P (Gross Environmental Product), an ecological development measure parallel to the G.D.P.

The G.E.P has been accepted as a development measure by the state of Uttarakhand on 5th June 2021. He was chosen as the Man of the Year by Week Magazine in 2003. He is a grantee of the Jamnalal Bajaj Award and is an Ashoka Fellow.

The Government of India honored him with the Padma Shri, the fourth highest civilian award, in 2006 for his contribution to Indian society. He was also awarded the Padma Bhushan 2020 for the environment in Uttarakhand. Dr. Joshi appeared in the episode Kaun Banega Crorepati, Karamveer that aired on 25 December 2020.

Scientists around the world are constantly warning about global warming, while still most people are not ready to take it seriously. Many countries are trying to deal with climate change amid questions arising on the condition of the earth. In the hope of earning from this thinking, the hard work of a former government officer of Uttarakhand paid off, then prepared a precious forest.

When the normal fertile land was converted into a forest, it flourished so much in terms of fruit production that the veterans of the Indian Railways became breathless. Actually, when the cost of this land was calculated for a railway the project, it seemed as if the railway officials had lost their sweat.

Here the matter is related to the hard work of Anil Joshi, who has established a forest by planting 10 lakh saplings on the route of the Rishikesh-Karnprayag rail line. It is clear that if the railways have to cut them to lay a new line, then compensation of 400 crores will have to be given. Which individually would probably be the most significant compensation amount in the entire country. Therefore, the matter has now reached the Tribunal for compensation.

According to a report published in Dainik Bhaskar, about 10 years ago, Indian Railways had decided to build a big railway station in Mathela during the survey for Rishikesh-Karnprayag rail line.

The land of preceding government officer Anil Kishore Joshi also came under the JD of this line. Who took the fertile land of 34 people under an agreement and planted seven lakh mulberries and three lakh other fruit plants there. Now all those trees have become trees and after that the matter got stuck in such a way that railway work has come to a standstill.

Anil Joshi, the settler of this forest and his friends and relatives call it the first man-made forest in the area. If things did not work out, the matter reached the High Court

In fact, after counting, there are more than 7 lakh mulberry trees in Joshi’s forest and some oranges, mangoes and other fruit trees in the remaining 3 lakhs. According to the rules, only the owner of the land gets compensation. According to the rules, the cost of a fruit tree, especially an orange sapling, is Rs.2196, thus the compensation for his garden is Rs.400 crore. The matter reached the High Court as the Railways did not consider mulberry as a fruit tree and planted four and a half rupees per tree for it.

After this Joshi reached the High Court, during the hearing, the judge asked the Horticulture Department whether the mulberry tree can be considered fruitful, then the department considered it fruitful. That is, his compensation will also be equal to the rest of the fruit plant. At present, the matter is in the tribunal in which the judge has not yet been appointed. Hence the matter is stuck.

ALSO READ: What constitution say about wearing hijab in India?