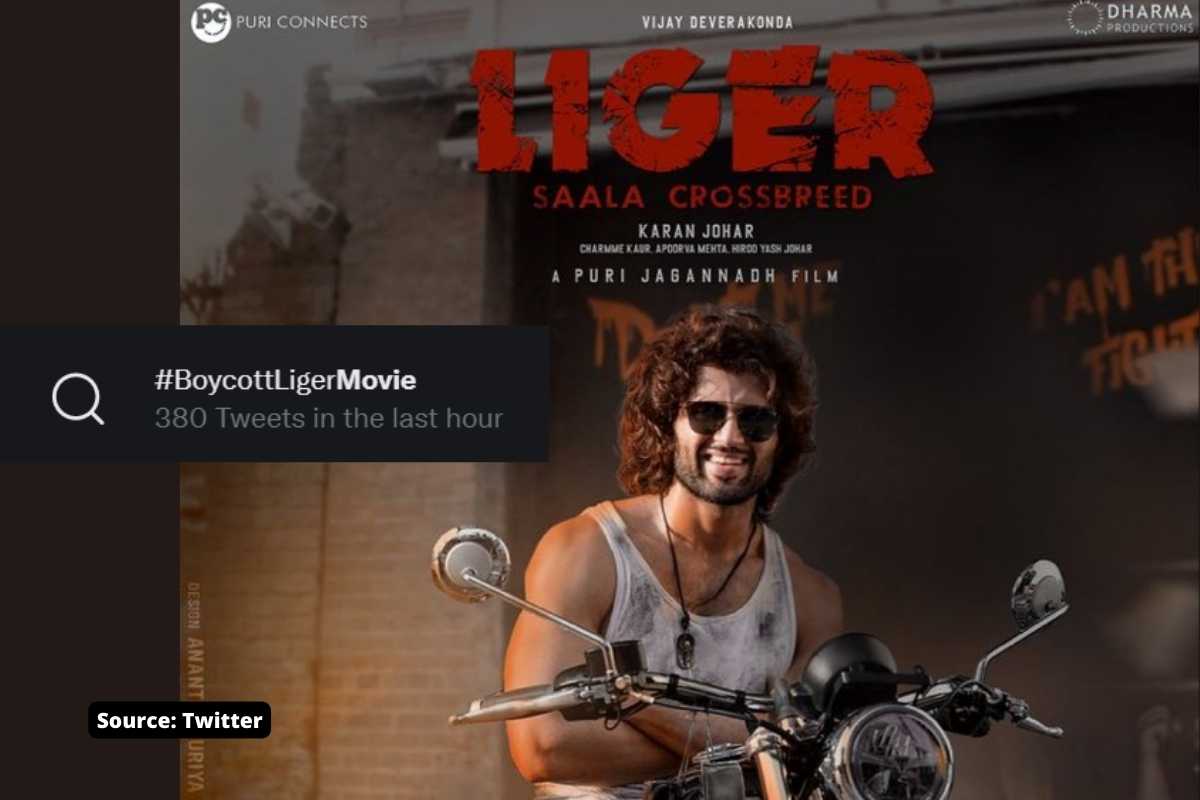 The boycott trend continues on the internet with every new Bollywood release. The latest in line is the Dharma Production’s Pan India movie: Liger. But, what do netizens want you to boycott Liger?

While promoting the film, one of the journalists asked the Telugu film star Vijay Deverakonda, what does he think about the boycott trend that bollywood is facing? He said, ‘Dekh Lenge’.

Not just this, fans have continuously trolled film producer Karan Johar on nepotism. This is also one of the reasons why people want to boycott the film, and get justice for Sushant Singh Rajput.

The film lead, Vijay, has continuously shown faith in the film beyond the boycott trend. He said, “I believe that life has taught me to be a fighter” and film will find its audience. Although, the early booking trends, particularly in the Telugu-speaking belt look promising.

‘Boycott Liger’ See what some of the Twitter have to say

Liger is directed by ​​Puri Jagannadh, and produced by Karan Johar, Jagannadh, Charmme Kaur, and Apoorva Mehta. The film is made on a massive budget and will get a worldwide release on 25th Aug, in Hindi, Telugu, Tamil, Kannada and Malayalam.