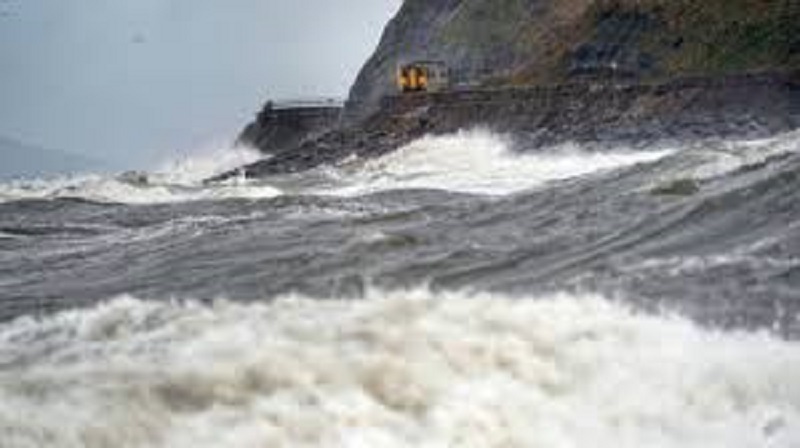 Ground Report | New Delhi: What is Storm Eunice; A new storm called Eunice is expected Friday February 17 in the north of France, after the passage this Thursday of the storm Dudley, on the British islands and along the coasts of the English Channel.

The most virulent depressions are at the origin of so-called explosive storms or meteorological bombs, when they undergo a rapid drop in pressure of at least 24 hours.

For a weather bomb to form, two main ingredients are needed:

During the explosive deepening phase, the depression tends to cross the jet stream from south to north. A true atmospheric engine is set up with thermodynamic exchanges between two depressions, one on the surface and the other at altitude.

When is Storm Eunice forecast?

Storm Eunice will hit from the west of the country, bringing strong winds to southern and central regions, as well as snow to northern regions from Friday morning.

The forecast after Storm Eunice continues to look choppy with the potential for wetter and windier conditions over the weekend and early next week.

What areas could be affected?

The first weather warning will come into effect from 7 am along the coasts of Devon, Cornwall, and Somerset as well as the south coast of Wales due to the combination of high tides, high winds, and surges.

From 10 am, a second red weather warning for the wind will cover Greater London, Kent, Surrey, Essex and East Sussex between 10 am and 3 pm.

How are they formed?

The low-pressure areas we see across the UK have weather fronts. These fronts mark the boundary between areas of cold and warm air – and they bring bad weather. Near both fronts, we see concentrated air currents called conveyor belts, which rise up into the atmosphere.

The Cold Conveyor Belt – a strong current of cold air – descends in the storm ahead of the Hot Conveyor Belt – also known as the Dry Intrusion. Cold conveyors bring in snow and rain, which evaporate and further accelerate the flow of cold air falling into the storm. This is called a sting jet – the “sting in the tail” of the storm.

How rare are they?

Sting jets are difficult to predict due to their small size relative to the overall storm. They weren’t officially discovered until after the Great Storm of 1987 and have only happened a handful of times since.