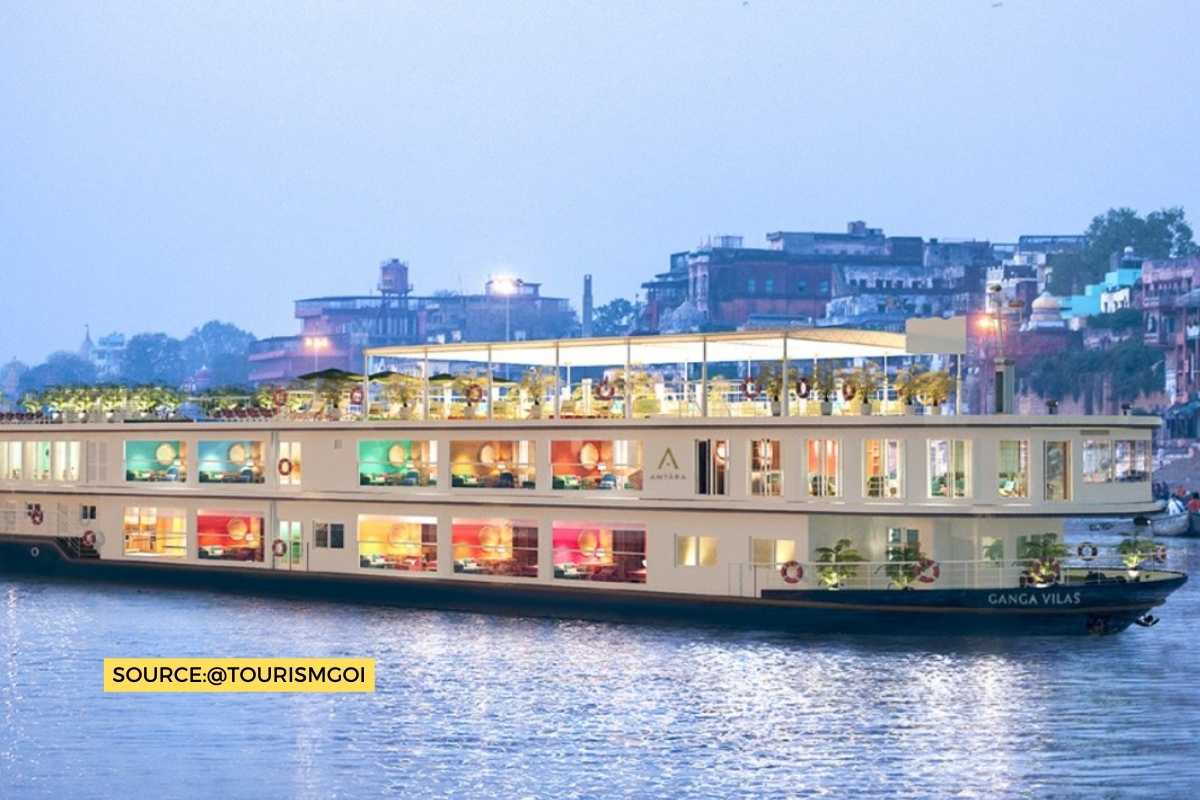 MV Ganga Vilas cruise is a luxury cruise with three decks, 18 suites on board with a capacity of 36 tourists with all the amenities. This luxury cruise is set to be the World’s Longest river cruise. On 13th January 2023, Prime Minister Narendra Modi flagged off the cruise. In addition, inaugurated the tent city in Varanasi via video conferencing.

As per the PIB press release on 11th January 2023, Varanasi in Uttar Pradesh will serve as the starting point for the MV Ganga Vilas’ journey, in 51 days the cruise will travel around 3,200 km and reach Dibrugarh in Assam via Bangladesh sailing across 27 river systems in India and Bangladesh. With an aim to provide the tourists with an extraordinary experience, it will give the tourists an opportunity to indulge in the art, culture, history, and spirituality of India and Bangladesh.

The Ministry of Ports, Shipping and Waterways is the coordinator of this ship tourism project. Under Prime Minister Modi’s leadership, the introduction of cruise tourism is a prime example of cross-ministry cooperation and a whole-of-government approach.

The Ministry of Jal Shakti is responsible for the main task of cleaning the Ganga. In addition, the Ministry of Ports, Shipping and Waterways develops a policy for cruise tourism. And, the Ministry of Tourism supports the development of alluring tourism experiences and products and promotes the destination.

At his conference on 13th January 2023, Prime Minister also inaugurated and laid the foundation stones for several other inland waterways projects worth more than Rs. 1000 crores.

“Before 2014, the use of waterways was very limited. We have made efforts to integrate waterways in India’s modern infrastructure” he says

The cruise is expected to boost the tourism industry in India and also provide employment for several people.