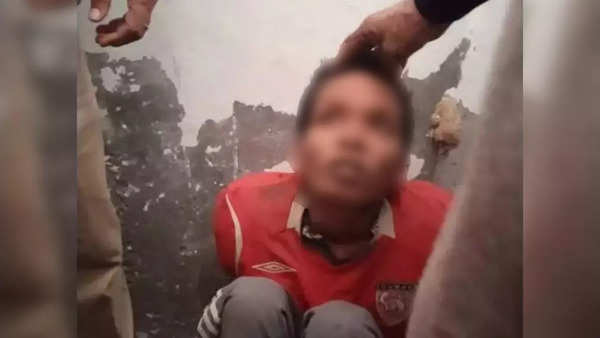 Ground Report | New Delhi: What is Mob lynching; Over the past five years, India has seen an outbreak of religious hate crimes, with an average of one every week. Many of them have drawn massive protests, outrage on social media, hashtags, and even the government’s response.

But despite the brutality and injustice experienced by the victims, one particularly heinous case has fallen through the cracks and attracted little attention and outrage.

Before understanding the Mob Lynching. You should know,

Collective lynching is an extreme act by a group of violent people who attack another person, sometimes leading to the informal execution of one person. India has witnessed mob lynching for centuries. Statistics on mob lynching in India show that India has not been very successful in handling the problems of mob violence.

What is the Mob Lynching Law in India?

A man was lynched on the charge of indecency on Sunday morning at Gurdwara Sahib in Nizampur village of Kapurthala. An attempt was made to sabotage the Nishan Sahib located in front of the Nizampur police post in Kapurthala at around 4 am on Sunday.

Sikh organizations also protested outside the gurdwara and demanded that the youth be handed over to them so that they can “teach them a lesson” as they alleged that the Punjab government had failed to punish the accused in the Bargari sacrilege case.

After this, the police forcefully entered the room, followed by Sikh activists and in the scuffle that followed, the mob allegedly killed the youth with a sword.

ALSO READ:Golden temple: Man lynched to death in the name of religion

Gurdwara manager Amarjit Singh alleged that the youth was trying to sabotage the Nishan Sahib (a Sikh religious flag) inside the gurdwara and went inside the premises in search of it. Singh said that they caught him early in the morning and claimed that someone had sent him from Delhi.

Briefing media persons, SSP Khakh said that Singh woke up at 4 am and saw a man inside the gurdwara. Soon the youths tried to run away. Two sevadars (colleagues) sent by Singh caught hold of the youth and thrashed him. “The youth was wearing a jacket worn by the students of the Gurudwara, on the basis of which the servitors caught him. This indicates that the youth intended to commit theft,” the SSP said.