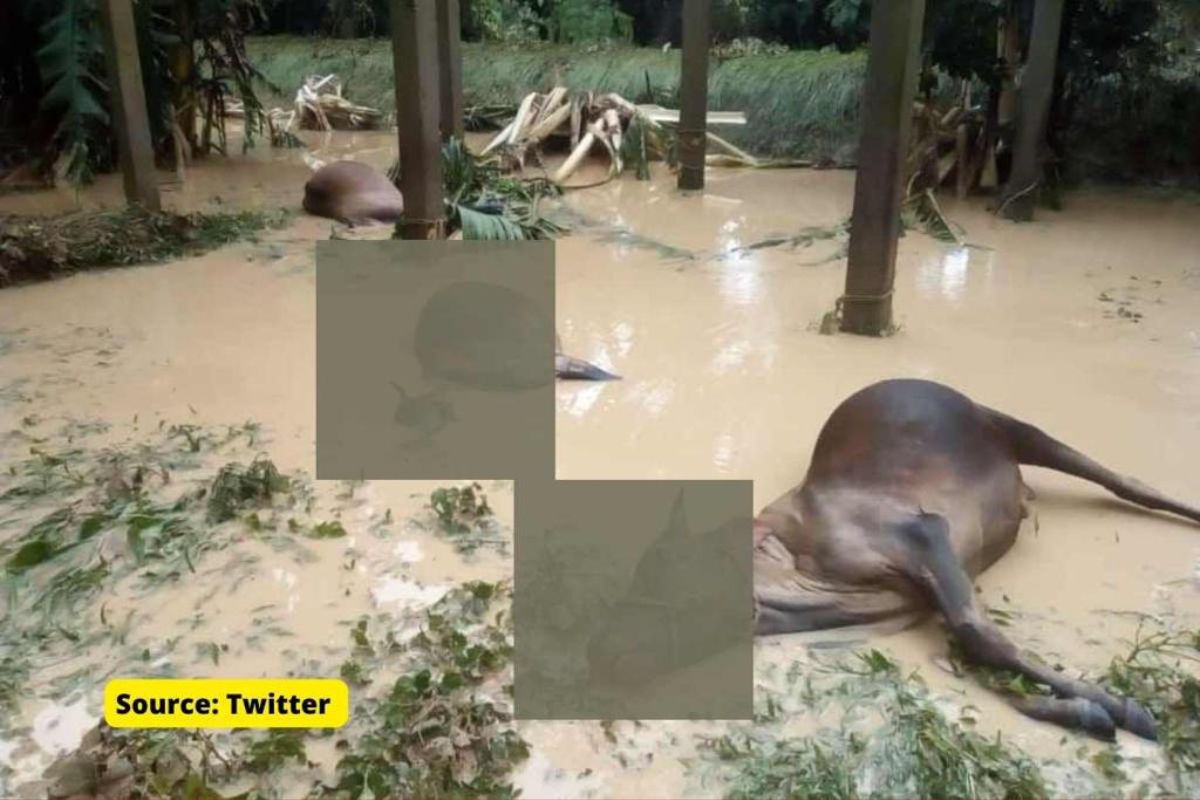 A video of a bridge collapsing in Meghalaya amid incessant rains causing flooding has gone viral on social media. The Bugi River Bridge connected Jijika to Megua in the South Garo Hills region. The Bugi is said to be the third-largest river in the Garo Hills.

The IMD further said that the monsoon is proceeding normally in the country and is likely to reach Maharashtra in the next two days. IMD Senior Scientist R K Jenamani said the monsoon touched the Kerala coast on May 29 and covered the southern and central Arabian Sea, Kerala, parts of Karnataka and Tamil Nadu and the entire northeast between May 31 and June 7.

The monsoon is likely to hit Maharashtra in the next two days, the India Meteorological Department said. “There is no lag in monsoon progress,” according to lead scientist RK Jenamani.

Meanwhile, it covered all of northeast India, which received good rain, he said. “There is no delay in the progress of the monsoon. It is likely to reach Maharashtra in the next two days and cover Mumbai in the next two days,” Jenamani told reporters here.

“We have strong monsoon characteristics, there are strong winds and clouds have started to develop, over the next two days,” she added. The scientist said conditions are favourable for further monsoon advance over Goa and some more parts of Maharashtra, Karnataka, Andhra Pradesh and Tamil Nadu in the next two days.

No delay in monsoon

“We have strong monsoon characteristics, there are strong winds and clouds have started to develop, over the next two days,” he added. Southwest Monsoon has stalled in Karwar for the last 6-7 days.

However, conditions are now building for showers to appear in the Konkan and Goa region, according to Skymetweather. It is likely to hit Uttar Pradesh between June 16 and 22, the IMD said in an extended-range forecast.

According to the Southwest Monsoon Meteorological Department, the northern limit monsoon (NLM) is passing by latitude. It is 80 degrees east of Karwar, Chikmagalur, Bangalore and Dharmapuri 15 degrees north.

According to the Meteorological Department, heatwave conditions will be seen in Vidarbha, Jharkhand, Interior Odisha and Chhattisgarh from June 4 to 6 and in South Uttar Pradesh and North Madhya Pradesh from June 4 to 8. The Meteorological Office also said that heat wave conditions will prevail at isolated places in Rajasthan, Jammu, Himachal Pradesh and Delhi on June 4 and 5.

Meanwhile, meteorologists in Delhi have predicted a partly cloudy sky with heat wave conditions at isolated places and gusty winds reaching 20-30 kmph during the day.