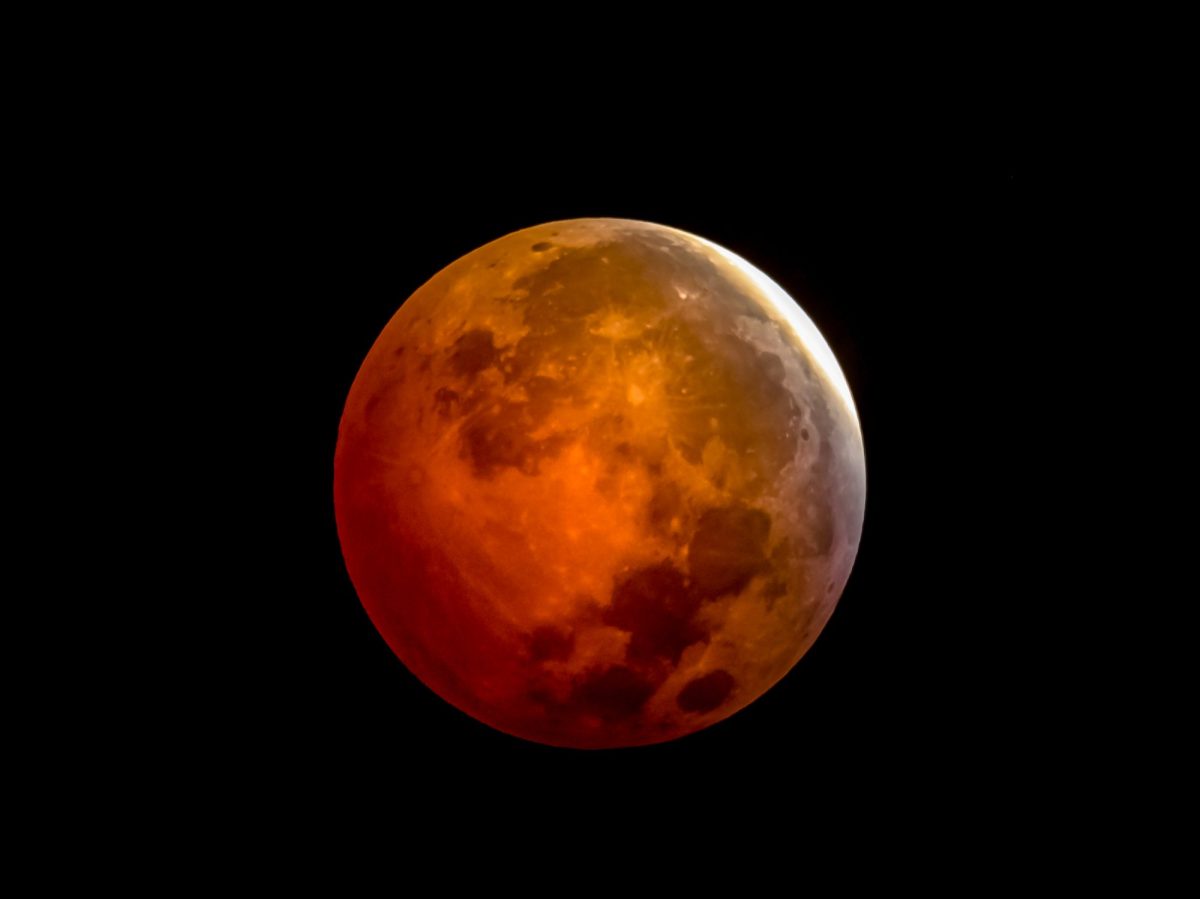 Ground Report | New Delhi: What is a lunar eclipse; The longest partial lunar eclipse in almost 600 years took place at dawn on Friday, November 19, and was seen in almost all of Latin America and North America. At the height of the phenomenon, the shadow of Earth covered more than 97% of the surface of the Moon and acquired a reddish appearance.

At 3 hours and 28 minutes long, it was the longest lunar eclipse in the last 580 years. The astronomical event is a privilege that can only be seen live from America, the Pacific Ocean and the eastern tip of Asia.

The second and last lunar eclipse of the year will take place this Friday and will be the longest of its kind (a partial eclipse) in 580 years, according to estimates by the US space agency, NASA.

After the peak of the eclipse, the full shadow of the Earth will gradually move from the Moon to the lower right, emerging completely from the full shadow at 10:47 UTC. After this, the brightness of the Moon as it leaves the partial shadow of the Earth will be difficult to notice, especially since the morning twilight will begin at 10.54 UTC. The Moon will emerge completely from Earth’s partial shadow at 12:03.

What is a lunar eclipse?

The Moon orbits the Earth about once every 29 and a half days. As it revolves around the planet, its changing position relative to the Sun causes our natural satellite to go through a series of phases.

A lunar eclipse occurs when the Sun, Earth, and satellite align, in our eyes, in the sky. Then, the Moon crosses the shadow of our planet, which is divided into two parts, the central one, called the umbra, and the external one, known as the penumbra.

The full moon rises at sunset and is visible throughout the night. In the end, it sets just as the sun rises. None of the other phases have this unique characteristic. According to NASA, it occurs because the Moon is directly opposite the sun in the sky when the moon is full.

This eclipse can only occur on a full moon, and only if it passes through some portion of the Earth’s shadow, be it the penumbral or exterior, as well as the threshold or interior shadow. In this context, there are three basic types of lunar eclipses: the penumbral moon through the outer shadow, the partial lunar through the inner shadow, and the total moon. that crosses the threshold and has a vibrant red color.

Why does the moon turn blood red?

As the Moon moves completely towards the umbra, something interesting happens: the Moon begins to turn orange-reddish in color. The reason for this phenomenon? Earth’s atmosphere. As sunlight passes through it, the small molecules that make up our atmosphere scatter blue light, making the sky appear blue. This leaves behind mostly red light that bends, or refracts, toward Earth’s shadow. We can see red light during an eclipse when it falls on the Moon in the shadow of the Earth. This same effect is what gives sunrises and sunsets a reddish-orange color.

A variety of factors affect the appearance of the Moon during a total lunar eclipse. Clouds, dust, ash, photochemical droplets, and organic material in the atmosphere can change the amount of light that is refracted toward the umbra. Also, the lunar eclipse of 2021 takes place with the full moon. This means that it is further in the shadow of the umbra and therefore may appear darker. The potential for variation provides a great opportunity for students to observe and rate the lunar eclipse based on its brightness.