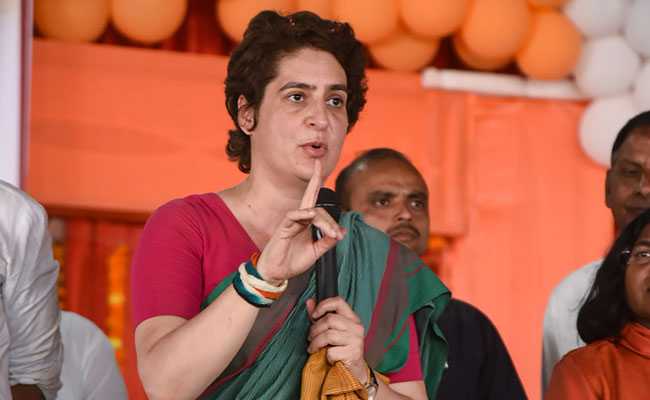 In this sequence, Congress General Secretary Priyanka Gandhi has given her response by tweeting. Priyanka has written – Be it bikini, veil, jeans or hijab, it is the right of a woman to decide for herself what she wants to wear. He has further written – This right has been guaranteed by the Indian Constitution. Stop harassing women.

In fact, in the past, about half a dozen girl students of a pre-university government college in Udupi refused to remove the hijab.

These second-year girl students took off the hijab and rejected the appeals to sit in the class. When these girl students were not listened to, they started protesting.

The matter kept on gaining momentum and political parties also jumped into this controversy. The girl students have filed a petition in the High Court for being stopped from wearing the hijab. They say that wearing a hijab is their constitutional right. So they cannot be stopped from this. The hearing in this matter is going on in the Karnataka High Court. The hearing will be debated on Wednesday.

Muskan, a second-year B.Com student at PES College in Mandya, faced a crowd shouting slogans against her which made her the face of self-defense.

Talking to Indian Express, she said that in her college she is allowed to wear a burqa and hijab in class. She said, “My college administration and principal never stopped me from wearing a burqa. Some outsiders are coming and pressurizing us, who are these people stopping us? Why should we listen to them?

Talking about the day of the incident seen in the video, Muskan says, “I was going to submit assignments, even before entering my college some Muslim girl students were harassed for wearing hijab, she was crying. Coming here to study, my college allows me to wear these clothes. Only 10% of the students in the crowd were from my college, rest were outsiders. The way they were behaving bothered me and I replied “

In the video, the college principal and other staff are seen trying to control the situation. Muskaan said, “When I reached my class my principal stood next to me and said ‘I have let you come wearing a burqa and you don’t need to worry about others.’ We can wear burqa till we reach class in college and hijab is also allowed in class. Till now nobody had any problem in college, two days ago outsiders started all this.