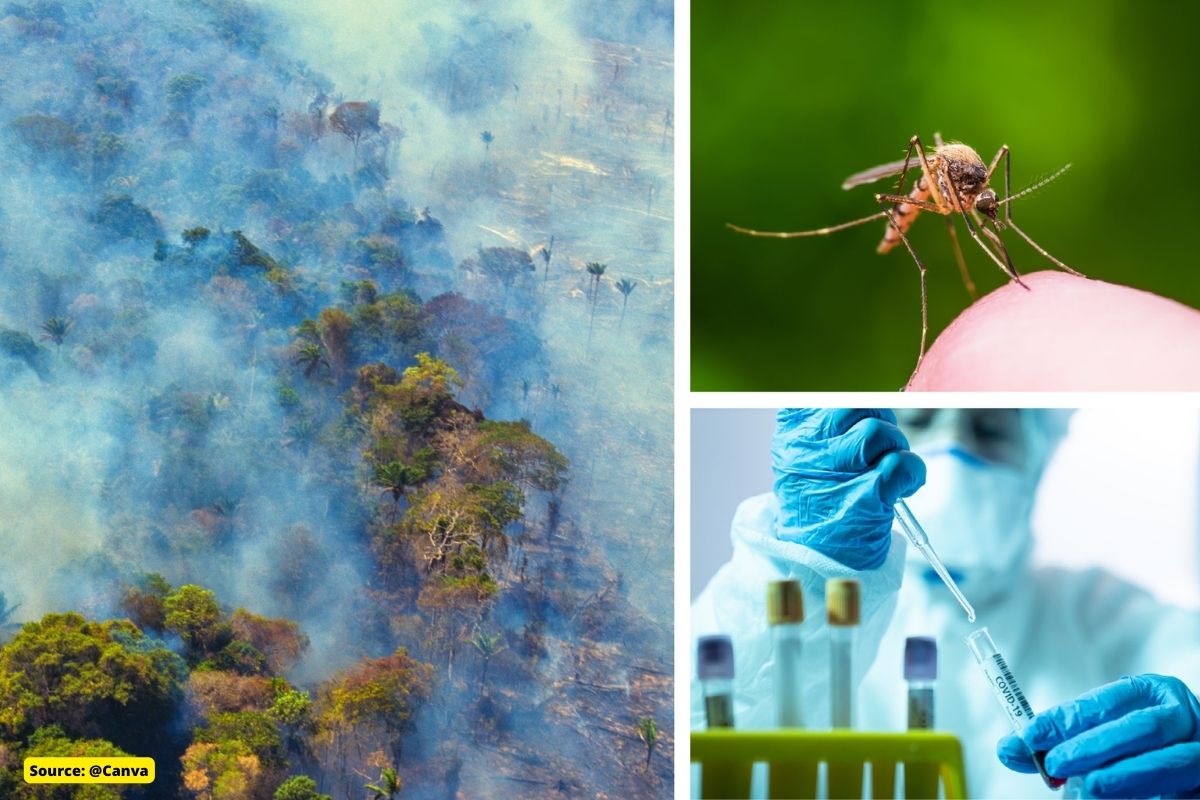 Diseases in the digestive system, the respiratory system, cardiovascular diseases, as well as skin infections will increase due to climate change. All of them are related to heat waves, drought, lack of drinking water, as well as floods and exposure to pollutants, which will lead to more cases of dengue, malaria, asthma, tuberculosis, cholera, diarrhea, and intestinal parasites, as well as eye damage.

Heat, drought and floods cause diseases such as dengue, asthma, diarrhea and eye damage, warn specialists

Climate change has dramatically changed the planet’s biodiversity, contributing to the transmission of pathogens that cause diseases such as dengue, malaria, asthma, tuberculosis, Ebola, yellow fever, cholera, diarrhea, intestinal parasites, hypothermia, trachoma, and plague. They are all related to heat waves, lack of drinking water, breeding pests and floods.

The World Health Organization points out that it is not just a problem for future generations because it is already happening. It predicts that there will be at least 250,000 additional deaths per year in the coming decades as a result of climate change.

As expected, the population affected the most is the lack of adequate medical infrastructure, combined with other factors such as vulnerable living conditions and poor nutrition. There are alarming mortality rates and urgent action is needed to ensure that this situation does not worsen.

The World Health Organization is currently coordinating a global research program to find scientific evidence of the damage caused by climate change. For example, some fungi (Candida auris) have been found to be able to adapt to higher temperatures, which could violate the thermal limitations that have maintained the health of mammals, including humans.

However, there are many more diseases caused by this phenomenon: infections of the skin, digestive system, respiratory system and cardiovascular disease. The WHO estimates that air pollution alone causes seven million deaths a year.

A warmer climate could make waterborne diseases more prevalent, including cholera and diarrheal diseases such as giardiasis, salmonellosis, and cryptosporidiosis. Diarrheal diseases are already a major cause of morbidity and mortality in South Asia, especially among children.

It is estimated that a quarter of child deaths in South Asia are due to diarrheal diseases. As the ambient temperature increases, the time of bacterial survival and proliferation, and therefore the incidence of diarrheal diseases could increase even more.

According to Kris Murray, a senior research scientist at the EcoHealth Alliance, an organization that researches and educates on the relationships between wildlife, ecosystems and human health, climate change has great potential to play a role in the increased risk of Ebola.

“As climate change is expected to put increasing pressure on food security in Africa, food shortages will push more people to seek alternative food sources and the consumption of bushmeat, such as bats,” Murray said. Nearly 50 per cent of Ebola outbreaks have been directly linked to the consumption and handling of bushmeat (however, the source of the current outbreak has yet to be determined).

Murray added: “Furthermore, some of our computer models suggest that with climate change, in parts of central and western Africa, the range of some bat species could expand… this means more contact between bats and humans.”.

According to the United States Agency for International Development, “nearly 75 per cent of all new, emerging, or re-emerging diseases affecting humans in the early 21st century are zoonotic,” meaning they originate in animals. These include AIDS, SARS, H5N1 bird flu, and H1N1 flu. More and more wild animals, which may have been carrying the disease without effect for years, are coming into contact with humans, often due to deforestation.

The WHO has warned that communicable diseases are on the rise as a result of “the combined impacts of rapid demographic, environmental, social, technological and other changes on our way of life. Climate change will also affect the emergence of infectious diseases.

Malaria killed 627,000 in 2012 alone. According to the Intergovernmental Panel on Climate Change (IPCC), climate change will be associated with longer transmission seasons for malaria in some regions of Africa and an extension of the geographic range of the disease.

Dengue fever infects an estimated 400 million people each year and is one of the leading causes of illness and death in the tropics and subtropics. The IPCC projects that rising temperatures coupled with projected increases in population could put 5 to 6 billion people at risk of dengue fever in the 2080s.

The reproduction, survival, and biting rates of the Aedes aegypti mosquitoes that transmit dengue and yellow fever are strongly influenced by temperature, precipitation, and humidity. In the summer of 2013, Aedes aegypti, usually found in Texas or the southeastern US, suddenly appeared in California as far north as San Francisco, though fortunately none of the mosquitoes tested transmitted dengue or yellow fever.