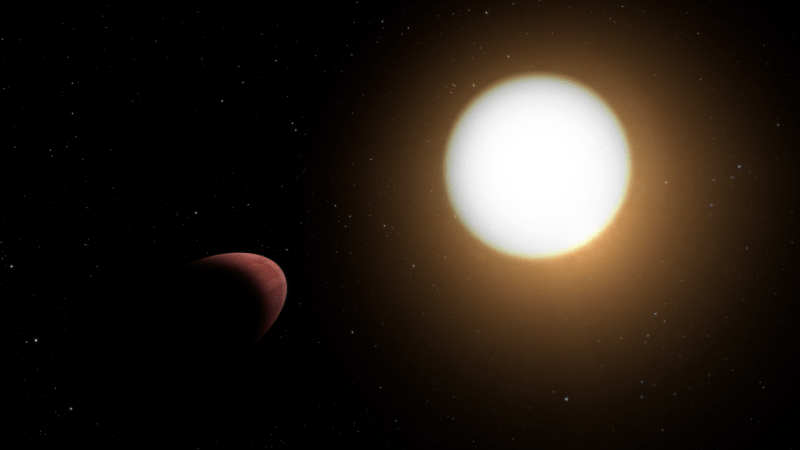 A exoplanet named WASP-103b has been discovered, whose size is different from all the planets so far. It is 1500 light years away from Earth. Its size is many times larger than the Sun and one and a half times larger than Jupiter. The international team of astronomers has described this new discovery in detail in the Journal of Astronomy and Astrophysics. This WASP-103b plane is of strange shape, which is quite interesting.

Key Points About the planet WASP-103b

How they found it?

“It’s incredible that Cheops was actually able to reveal this tiny deformation,” “This is the first time such analysis has been made, and we can hope that observing over a longer time interval will strengthen this observation and lead to better knowledge of the planet’s internal structure.”

Why this is important discovery?

These planets all come in different shapes, sizes, and configurations. Such a vast amount of data helps astronomers refine how planets form, and how systems like our own come to be as well as challenging our assumptions.