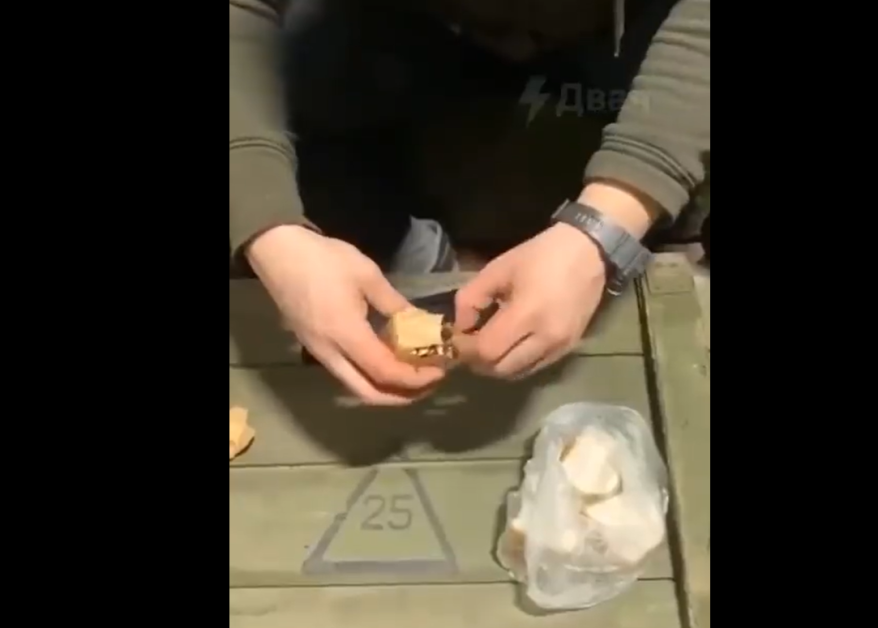 Ukraine’s allies are adopting several methods to drive away fighters who are supporting Russia in the Ukraine war. Chechen fighters fighting on the Russian side are being hit by a bullet made of pig fat by the Azov Battalion of Ukraine. A video is going viral in which a man who is an Azov fighter, The bullets are seen dipping in the fat of the pig. In this video, he tells Chechen fighters ‘Dear Muslim Brothers, you will not get heaven in our country. Please go to your home. Here you will face troubles. thank you’.

Although this video has not been confirmed yet, it is being told that it is a video of Azov Fighter fighting on behalf of Ukraine.

Let us tell you that the Chechen fighters are of the Muslim religion, they are all staunch supporters of Islam. Pork is considered haram in Islam. Such a policy has often been adopted in many wars on Muslim fighters. Because Muslims do not compromise on their religious beliefs. In India in 1857, Indian Muslim soldiers also refused to fight on the side of the British because the outer shell of the cartridge was made from pork fat, and it had to be peeled from the mouth.

Who are the Chechen Rebels and why they are supporting Russia?

The Chechens are part of the Russian National Guard Squad, which Putin has stationed in Ukraine. These fighters are known for their fighting skills. They are notorious for their tactics. Russia also used these fighters in Iraq and Syria. Russia occupied the Chechens in 1990, it wanted to become a separate country as an Islamic State. Right now there is a pro-Russian government, Its leader Ramzan Kadyrov has sent his army to Ukraine to support Russia. To fight these, the Azov fighters of Ukraine are using pork dipped bullets.

Who are Azov Fighters?

Azov fighters are part of the Ukrainian army. It is a battalion in the Army of Ukraine that is part of the National Guard Special Operations Force. This unit is stationed at Mariupol. Despite being part of the Ukrainian Army, its fighters wear the Wolfsangel insignia, which was worn by the Hitler’s army during World War 2. It is also known as Neo-Na%i or Far Right Ukraine Militia.

Russia maintains that the government of Ukraine is of neo-Na%i ideology and has launched this attack to liberate Ukraine from the pro-Na%i govt. The Azov battalion being part of the Ukrainian Army reinforces this, as Azov soldiers have been seen many times with the Na%i swastika flag.

Who is Jason Haigh, Britisher fighting for Ukraine?