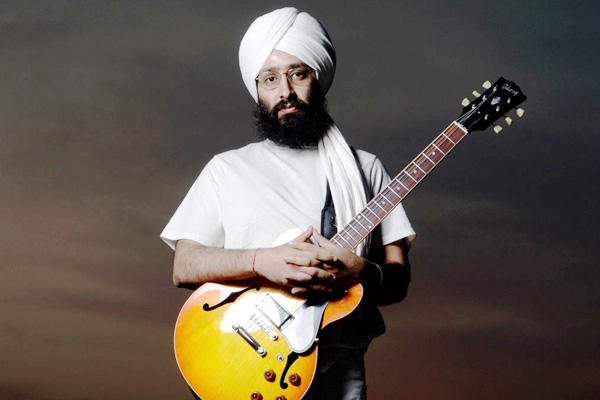 Sufism is a passion, and a love for those who know and understand it.

Ground Report | New Delhi: Sufism is called the path of spiritual progress. Sufi music is one such mode of Sufis, through which they spread the message of mystical love, devotion and unity of existence. Sufi Music, Above Love Love of humanity; It is about a new world — a world in which there is no hunger, no violence and no hatred. Here are some Sufi singers who have spread the magic of love and peace through their music and voice.

The Wadali brothers are Puranchand Wadali and Pyarelal Wadali from Amritsar, Punjab. Before becoming a Sufi singer, they both had very unusual professions that any Sufi singer would have. Puranchand Wadali was a regular in a wrestling ring and Pyarelal Wadali played a role in Raslila. He 2003 entered Bollywood. He lent his voice to the songs of Gulzar in the film Pinjar. He has also worked for the films “Dhoop”, “Tanu Weds Manu”, Mausam and many more. He has received any award, the Padma Shri being the highest by the Government of India.

Master Salim or popular Salim Shehzada is an Indian singer from Punjab. He was just eight years old when he performed on Bathinda Doordarshan. His debut album, Charkhe Di Ghook was released when he was just 10 years old. Many of us do not even think of starting a song even at this age. Then, his popularity grew and grew. He has voiced many films and albums. Some of his best Sufi songs are Tere Hussain, Aja Hone Didar, Tu Hi Tu, Durood Shab and many more.

He is a great Indian musician and Sufi singer. He was born as Gurpreet Singh Shergill. “Bullah Ki Jaana”, I know many of your favorites, was a 2005 chart topper song. Apart from Sufi, his styles include Punjabi, Rock and Indipop. His debut album Rabbi was released in 2004; Earlier he composed jingles for advertising agencies and was unsuccessful with Sony Music and Tehelka. His second album Avengi Jaa Nah, released in 2009, was another hit. He has also sung for several other films.

Kailash Kher is a famous Indian singer. His singing style includes indie, Bollywood, devotion, playback singing, Sufi and folk. He started his career with jingles, playback singing and regional singing. One of his finest compositions in the field of Sufi is Teri Deewani, Ya Rabba, Hire Nee Ranjha, Bismillah etc.

Nooran Sisters, Jyoti Nooran and Sultana Nooran, who belong to Sham Chaurasia Gharana of classical music, are originally from Jalandhar. He has been trained for 10 years by his father, who himself was the son of a famous Sufi singer of the 70s. Noon Sisters’ father recognized his talent at an early age and not only trained him but also got him recorded. He has also performed with MTV Coke Studios on the occasion of Jagjit Singh’s 72nd birth anniversary.