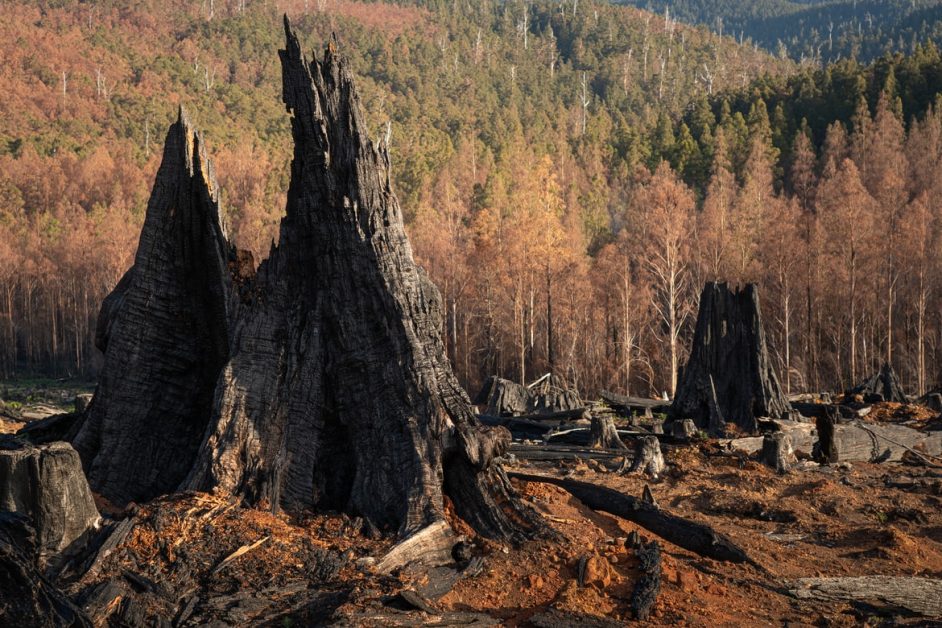 Ground Report | New Delhi: The effects of climate change continue to be felt throughout the planet in the form of extreme events that bring human and material losses. Last week, the US National Oceanic and Atmospheric Administration (NOAA) confirmed that in 2021, the United States experienced 20 major weather-related disasters with damage costs exceeding one billion. In total, these events caused  $145 billion in damage and claimed at least 688 lives.

The year was also one of the hottest globally and the fourth hottest in the US since record-keeping began 127 years ago. “If you connect the global temperature increases experienced with the findings of the IPCC in its report last August on the science of climate change, it is very likely that the frequency, scale and cost of climate-related disasters will increase not only in around the world,” says John Christensen, a senior climate and energy expert at the United Nations Environment Program (UNEP).

Despite a 5.6% drop in CO2 emissions from fossil fuels in 2020, due to restrictions related to the COVID-19 pandemic, the atmospheric concentrations of the main greenhouse gases, carbon dioxide, methane and nitrous oxide, continued to rise in 2020 and 2021, according to the World Meteorological Organization (WMO) State of the Global Climate 2021 report.

The NOAA report shows that the global average temperature between January and September 2021 was around 1.08 ± 0.13 °C above the pre-industrial average of 1850-1900. The year is likely to rank between the fifth and seventh record year globally.

The WMO also predicts a 40% chance that global average temperatures will temporarily exceed 1.5°C in at least one of the next five years, and in several subregions, this is already happening.

Under the   Paris Agreement, member states committed to limiting global warming to well below 2°C, preferably 1.5°C, compared to pre-industrial levels. All the countries that signed the agreement set a target, known as the Nationally Determined Contribution (NDC), to reduce greenhouse gas emissions around 2030.

Also Read:  In 2021; 38 lakh people affected in India due to natural disasters

New commitments from the world’s governments were recently shared in the run-up to and at the United Nations Climate Change Conference of the Parties (COP26)   in November 2021. But as the  2021 Emissions Gap Report shows of UNEP, these efforts are not yet strong enough.

“ Our fragile planet is hanging by a thread ”, said UN Secretary-General António Guterres in his closing message to the conference. “We are still knocking on the door of climate catastrophe. It’s time to go into emergency mode, or our chance of reaching net-zero emissions by 2050 will be zero.”

Global warming and climate change will be one of the key topics of discussion at the fifth session of the United Nations Environment Assembly hosted by UNEP in February 2022. The world’s highest environmental decision-making body brings together representatives of the 193 member states of the United Nations, business leaders, civil society and environmentalists from around the world.

As temperatures rise, so does the global push to tackle the effects of climate change. In the world’s largest climate change public opinion poll conducted in 2021, a majority of people called for wide-ranging climate action. The survey, which covers 50 countries with more than half the world’s population, included more than half a million people under the age of 18, a key group on climate change who normally cannot vote in regular elections.