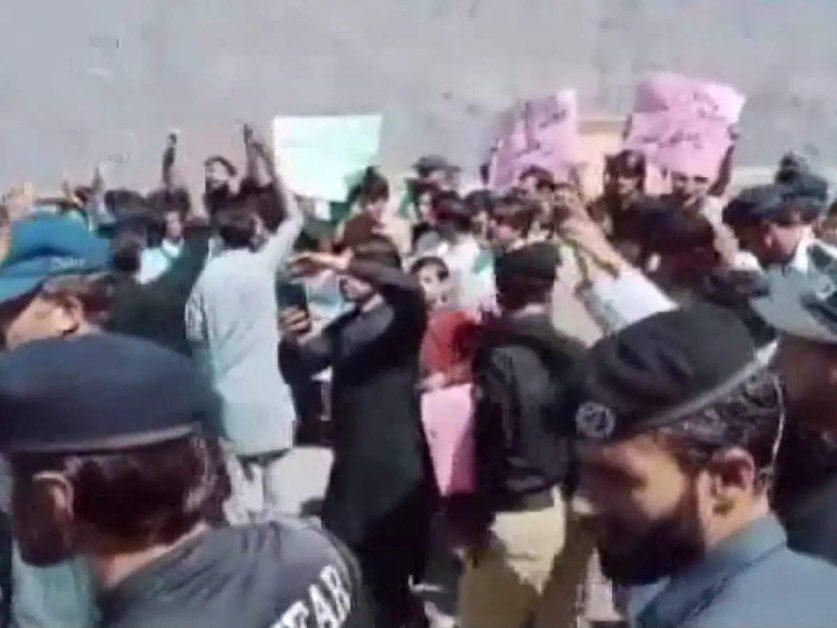 Ground Report | New Delhi: Terrorism Charges on Protesters; People in Pakistan-occupied Gilgit Baltistan are grappling with power cuts and food shortages in the severe winter. Disturbed by this, people united and demonstrated peacefully against the Imran government.

According to reports, the mercury in Gilgit Baltistan is minus 21 degrees these days. Instead of solving the problem, the government has adopted a repressive approach. A case has been registered against the people opposing the power cut under the Terrorism Act.

According to the FIR, people resorted to violence and demonstration even after assurances from the officers. All of them have been arrested under the section on terrorism.

Protests took place in Gilgit-Baltistan recently against rising utility and food prices as well as shortages of both. On Tuesday, protesters blocked the streets of Gilgit town, saying they were facing an acute shortage of wheat flour and high prices of other food products.

Residents of Ghizar in western Gilgit-Baltistan have also demonstrated against undeclared load-shedding, gathering in weather reaching -21°C to block major roads across the district.

One of the protesters said, “We are giving the water used for the land only to the power stations for electricity generation.” “You can at least provide electricity for us.”

During the elections, the Imran Khan government had made several promises for the upliftment of the illegally occupied territory, but later they failed to fulfill them. In recent months, protesters have also highlighted that continued unemployment has taken a toll on the mental health of the native population. Additionally, the rising rate of inflation has pushed them into debt and depression.