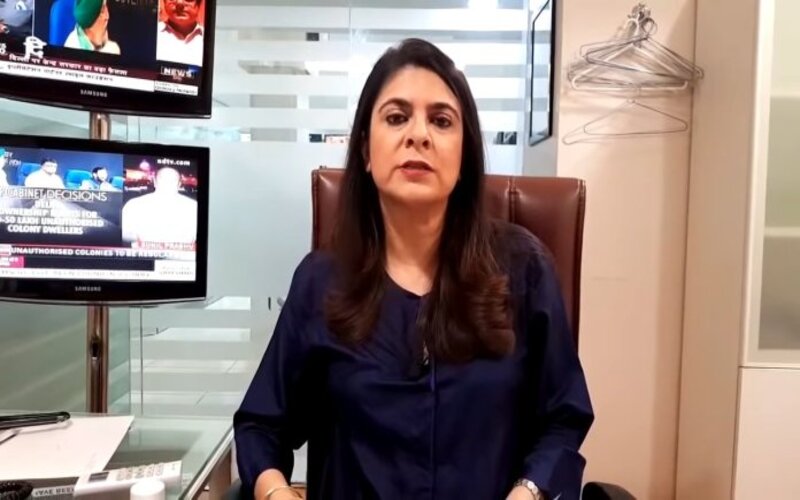 Ground Report | New Delhi: Sonia Singh BJP; After RPN Singh, the former member of the Indian National Congress resigned from the party and joined the Bhartiya Janata Party. As per the reports, his wife Sonia Singh may also be fielded as a BJP candidate in the upcoming elections.

Speaking to ANI, Singh said, “I am the only one in politics. I will definitely do what the party asks me to.”

RPN Singh, from Kushinagar in eastern Uttar Pradesh, was a key figure in the operations of the Congress in Uttar Pradesh and Jharkhand. On Twitter, he posted his resignation letter, addressed to Sonia Gandhi.

Singh, a prominent OBC (Other Backward Class) leader from eastern UP, is the second major exit for the Congress in the state after Jitin Prasada, who is now a minister in the Yogi Adityanath-led BJP government in UP.

This is a new beginning for me and I look forward to my contribution to nation-building under the visionary leadership and guidance of Prime Minister Narendra Modi, BJP President JP Nadda and Home Minister Amit Shah,” he said after resigning from the Congress party.

Taking to Twitter, Singh posted his resignation letter addressed to Sonia Gandhi, “Today, at a time, we are celebrating the formation of our great Republic, I begin a new chapter in my political journey. Jai Hind.”

Who is Sonia Singh

Sonia Singh is an Indian journalist and editorial director of news media agency NDTV. The 51-year-old also serves as the chairman of the NDTV Ethics Committee. Sonia Singh was born in New Delhi, India on Monday, 21 September 1970 (age 51 years as of 2022). She attended the Convent of Jesus and Mary in New Delhi for his education. After completing her secondary education, he studied English literature at St. Stephen’s College, Delhi.

After that, she received a three-month scholarship from the Italian government to study Italian in Perugia. She later completed a broadcast journalism course in Cardiff, Wales. The scholarship allows foreign students with leadership qualities to study at universities in the United.