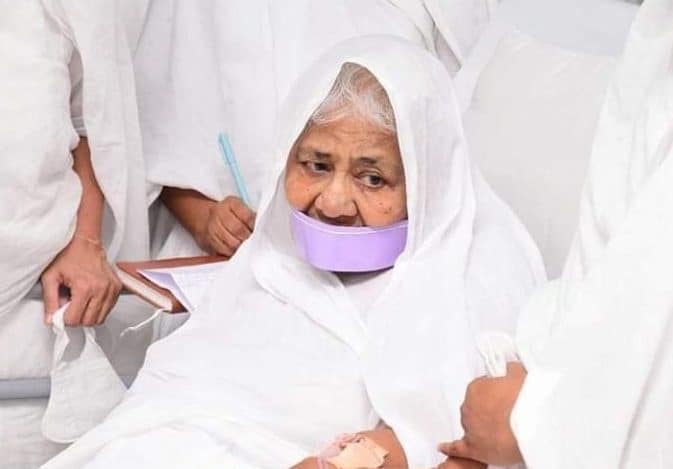 Shasan mata Kanak prabha, the head of the Sadhvi of Shwetambar Jainism, passed away recently in Delhi. She was undergoing treatment at a Delhi hospital. Kanak prabha was the head of sadhvis of Terapanthi Shwetambar Jain Samaj. While the Chief Minister of Rajasthan condoled her death, the Deputy Chief Minister of Delhi Government Manish Sisodia paid tribute to her and remembered her work.

Sadhvi Kanak prabha was born on 22 July 1941 in Calcutta. She started her elementary education from Parmarthik Shikshan Sansthan Ladnun. After finishing her education at Ladnun at the age of 19, she made up her mind to dedicate her whole life to religion. Acharya Tulsi, the 9th Guru of Terapanth had given her initiation.

Acharya Tulsi had given the title of Sadhvi Pramukh to Sadhvi Kanak prabha in a program organized in Bikaner. She lived with three Acharyas Acharya Tulsi, Acharya Mahapragya, and Acharya Mahashraman.

Acharya Mahashraman of Jain society had great respect for Sadhvi Pramukh Kanak Prabha. After coming to know about her illness and serious condition, he himself left for Delhi on a foot march.

According to the religious hierarchy of the Shvetambara Jain Samaj, Kanak Prabha became the 8th Sadhvipramukh. After this Mahashramani in 1979. She used to write in Sanskrit, Prakrit, and Hindi. Shasanmata Kanak Prabha was skilled in this task. She translated many Jain texts from Prakrit to Hindi. She edited more than 100 books written by Acharya Tulsi.

Kanak prabha got her collection of poems published under the name Sargam. The ‘Yatra Granth’ written by her is included in the excellent literature of Hindi.

What is Kalpavriksha in Jainism?