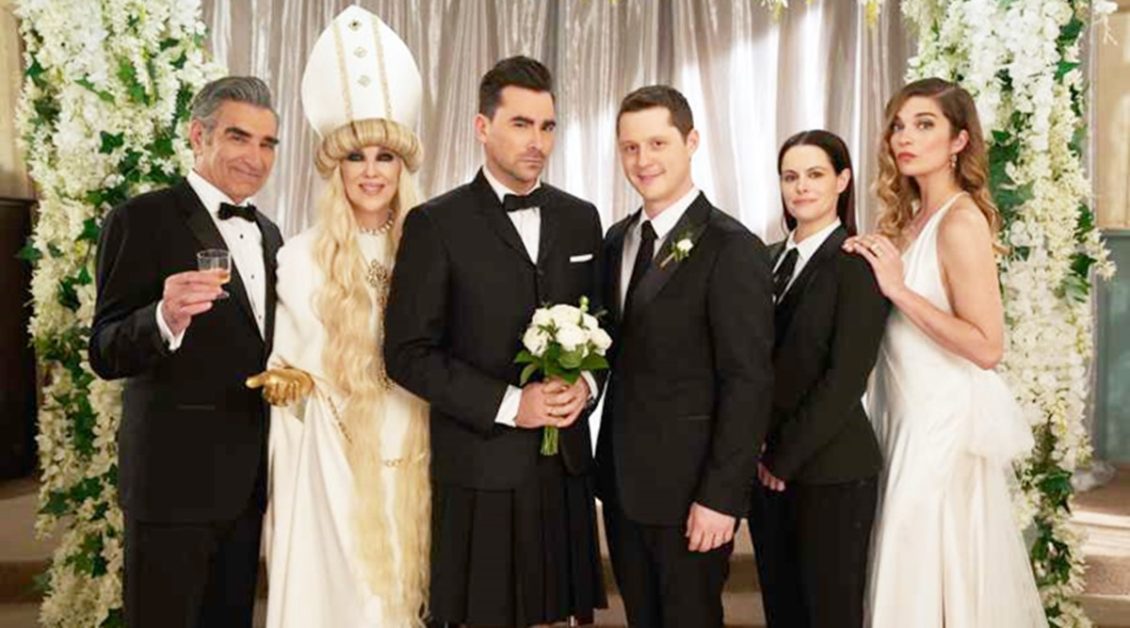 There are many funny shows on the air, but Schitt’s Creek feels unique, smart, and refreshing in its approach to comedy. Schitt’s Creek falls into many different comedy show genres, but it adds its own twists to give it a more creative approach than many network comedies.

SCHITT’S CREEK is a half-hour, single-camera comedy starring Eugene Levy, Catherine O’Hara, Daniel Levy, Annie Murphy, Chris Elliott, Emily Hampshire and Jennifer Robertson. The series follows a wealthy family who suddenly find themselves broke and forced to live in Schitt’s Creek, a small town they once bought as a joke.

Schitt’s Creek has blossomed into a cult classic and arguably the best sitcom of the last decade.
Schitt’s Creek was always going to be a hard sell. There is that title for a start; an off-putting pun that instantly sets the comedy bar below ground level. Couple that with a hackneyed fish-out-of-water premise involving a rich family forced to slum it in a backwater town and you’ve got a one-season sitcom at best. Co-created by and starring Dan Levy, best known as a presenter on MTV Canada, and his dad Eugene, most famous for playing Jim’s embarrassing dad in the American Pie films, it was rejected by HBO and Showtime, eventually finding a home on Canada’s CBC and little-known US pay-to-view channel Pop. Even its main draw, the great Catherine O’Hara, was initially unenthused by the project, turning down the role of the Rose family’s self-obsessed matriarch Moira, citing her own laziness.

Humorous, warm and witty ride
There are many reasons why ‘Schitt’s Creek’ ends up as a thoroughly watchable and enjoyable series throughout its six season run. The show’s witty and wry humor keeps one engaged episode after episode. Each character has an arc that grows with every season – David and Alexis, despite their bumpy start – begin to find their bearings and chart out their lives in ways they may not have imagined before.

There is no better show on TV at the moment!! There are split your side laugh out loud moments as well as situations that will hit you hard in the feels. Give yourself the gift of watching Schitt’s Creek and you can thank me later. The deliberate choice to make the story ultimately about love in a world without bigotry or homophobia has made all the difference in this incredibly difficult time politically and globally. All the characters are wonderfully drawn and to see them grow and change throughout the six seasons of the show has been beautifully managed. I can not thank Daniel and Eugene Levy enough for bringing this gorgeous show into the world and to Dan for nurturing and guiding it to its magnificent conclusion. What you have done is gift us stories for the ages that we will return to again and again when we are sad and need an all encompassing Canadian hug. Thank you also to all the cast and crew for all your hard work, a grateful planet thanks you.