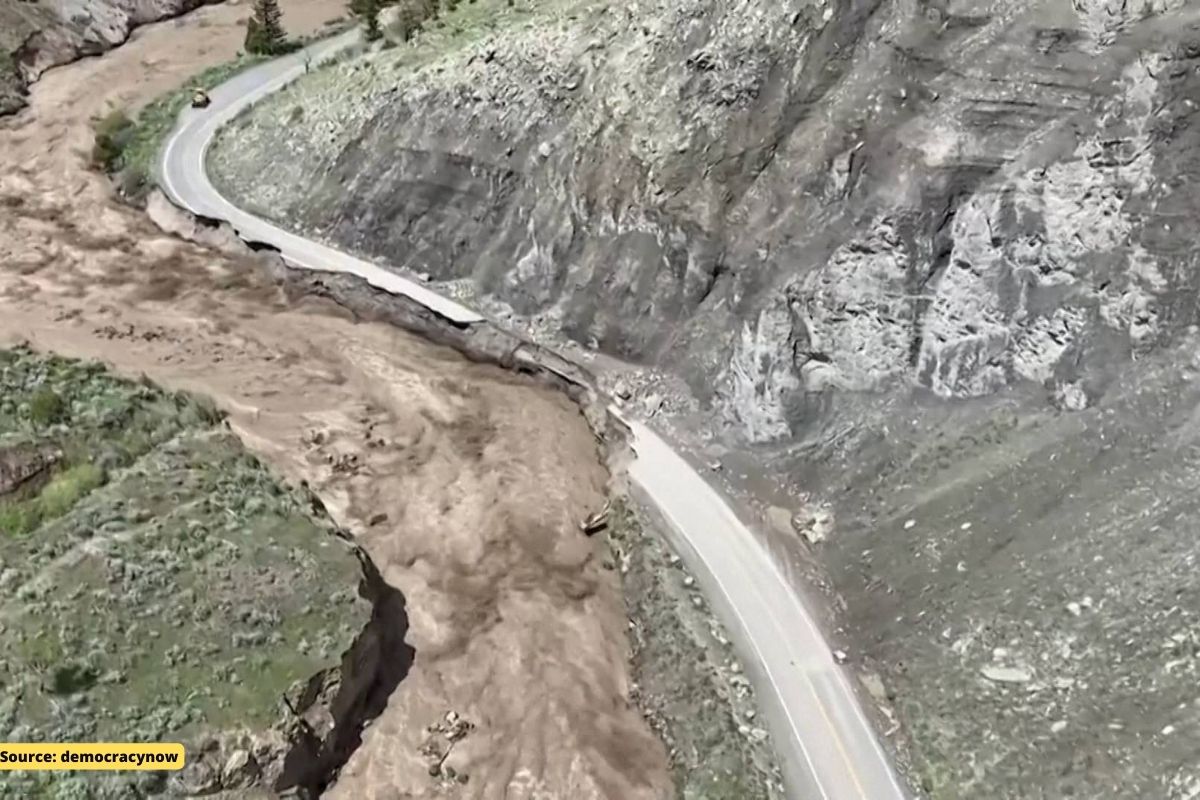 Yellowstone, one of the best-known national parks in the United States and the oldest in the world, has been closed due to flooding and rock slides. The water has cut off roads and left some communities isolated. Authorities say the combination of heavy rainfall and rapid melting – due to rising temperatures – has caused the Gardner River that runs through the park to swell.

All entrances to the park, home to the famous Yogi Bear, remained closed Tuesday. Rangers warned of “extremely dangerous conditions” brought on by a raging river and torrential rain. At this time, there are no injuries or deaths in the park as a result of the unprecedented flooding. Park management reported that water levels were expected to recede in the coming days; however, he warned that additional flooding events are possible this weekend. In the last years, before the pandemic, the park received around 4 million visitors annually.

Images and video released by the National Park Service show that large sections of the paved highway have fallen into the Gardner River, one of the waterways that run through the huge site located in the states of Wyoming, Idaho and Montana. Images posted on CNN showed a wooden house falling into a river.

“Due to record flooding events in the park and more precipitation in the forecast, we have made the decision to close Yellowstone to all incoming visitors,” Yellowstone Superintendent Cam Sholly said Monday. “Our first priority has been to evacuate the northern section of the park where we have multiple road and bridge failures, landslides and other issues. The Gardiner community is currently isolated and we are working with [local officials] to provide necessary support to residents, who are currently without water and electricity in some areas,” added Sholly.

“We won’t know when the park will reopen until the flood waters recede and we can assess the damage throughout the park,” the superintendent said.

The northwestern United States has seen heavier than usual rain in recent weeks. The US National Weather Service said this has combined with rapid melting caused by high temperatures, causing rivers to swell.

According to a June 2021 report, average temperatures in the Yellowstone region over the last several decades were likely the warmest in the last 800,000 years. In addition, the average annual snowfall has decreased by almost a meter since 1950.

Experts warned that changing weather could affect some of the park’s most iconic sites, including Old Faithful, a geyser famous for erupting at regular intervals. The water that emanates from the famous geyser has been reduced by droughts. This means it could erupt less frequently as drought conditions become more common in the park, Bryan Shuman, a professor of geology at the University of Wyoming, explained in 2021.

Temperatures in the region have risen more than one degree Celsius since 1950 and are expected to rise another three to six degrees by the end of the century, according to findings from scientists at the US Geological Survey, Montana State University and the University of Wyoming.

The report summarizes existing data and projected changes in temperature, precipitation, and water in the Yellowstone region, which covers parts of Montana, Wyoming, and Idaho. The researchers said surrounding communities, including Bozeman, Montana, and Jackson, Wyoming, could see 40 to 60 more days a year of temperatures above 32 degrees.