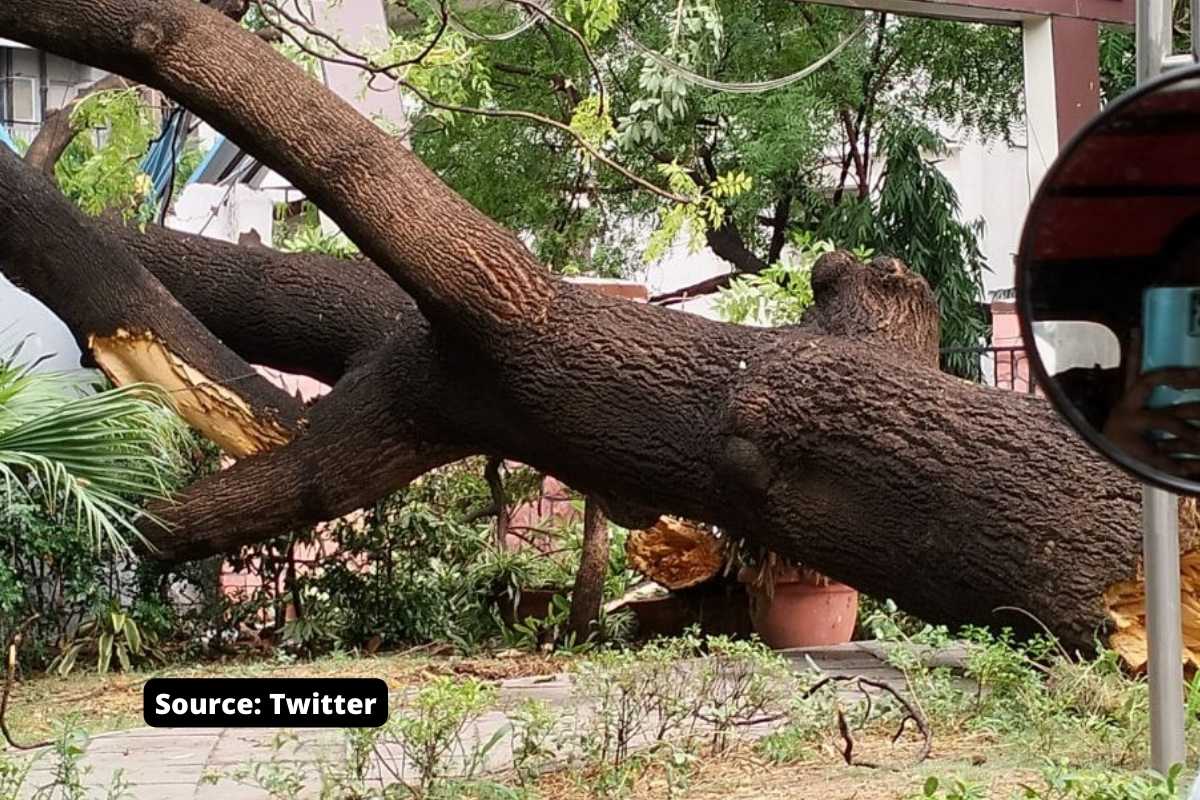 Recently, a storm in Delhi damaged a large number of trees. About 102 trees were uprooted and 1,058 trees were partially damaged in winds gusting up to 100 KM/Hr. People’s property was also damaged due to the falling of trees. Trees fell on the vehicles of many people. According to the report of Paras Singh in Hindustan Times, NDMC got many complaints regarding trees falling on Monday.

Areas of Delhi where Trees fell

According to the Horticulture Wing of NDMC, trees of Neem, Imli, Arjun, Kusum, Semal, Peepal, Keekar, Jamun, Pilkhan, Bargad and Eucalyptus have been damaged.

But Why did so many Trees fall in Delhi?

Often you must have seen that trees suffer the most during storms in Delhi. According to experts, the main reason for this is concrete. Due to the concrete around the trees, their roots do not spread properly. The tree becomes heavy from above but remains weak from the roots.

According to the NGT order of 2013, it is mandatory to remove the concrete from the radius of 1 meter of the tree. It also mandates the removal of wires, advertisements, and signboards from around the tree. But in most places, this instruction has not been followed.

Many trees have feeder roots that get moisture and essential nutrients from the upper layer of the soil. For this they need oxygen. But because of the concrete, they do not get oxygen and the roots do not get strong. Along with this, the spread of trees also has to be managed. if the top of the tree If it is heavier than the bottom, then the chances of it getting uprooted in strong wind increases.

Along with this, many works of underground development have been done in Delhi like the construction of tunnels, sewage lines, metro lines, and gas lines. For these, a concrete mesh has been laid to the ground level. The roots of trees cannot penetrate them, and their roots are also damaged during construction.

Maintenance of trees is also required in urban areas. If you look on the side of the road, you will see many dead trees. These trees need to be removed in time. Termites hollow out these trees, making them more likely to fall.

In the era of climate change, every tree is important to us, if we take care of their health and growth, then only our future can be secure.