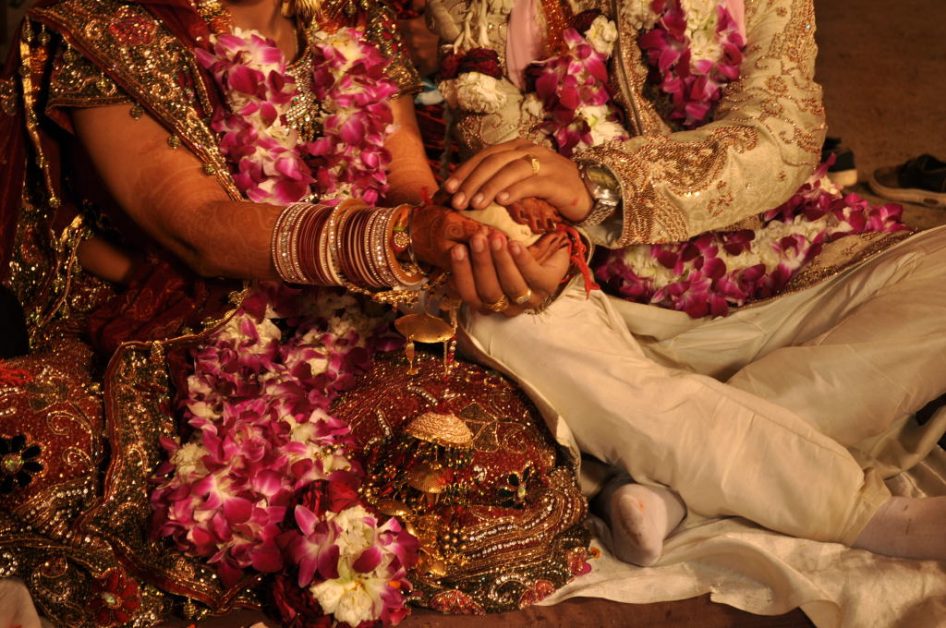 Ground Report | New Delhi: Age of marriage of girls; Several leaders, including AIMIM MP Asaduddin Owaisi, have opposed the Union Cabinet’s approval to raise the minimum age for marriage of girls from 18 to 21.

Lok Sabha MP Owaisi has tweeted that ‘men and women of 18 years of age can start a business, sign agreement can choose prime minister but cannot marry’.

On the other hand, the Indian Union Muslim League (IUML) had given notice of adjournment motion in Parliament on Friday opposing the government’s proposal to raise the age of marriage of girls from 18 to 21 years. IUML has said that this is an infringement of Muslim personal law.

IUML leader and Rajya Sabha MP Abdul Wahab have written, “The proposal to increase the age of marriage of girls from 18 to 21 years, which has been approved by the cabinet, is also aimed at encroaching on Muslim personal law.”

Many Muslim organizations of Kerala have also opposed the increase in age. Muslim League leader ET Mohammad Bashir had on Friday given an adjournment motion notice in the Lok Sabha against raising the age of marriage for girls. He said that this decision is against the Muslim Personal Law and the government has taken another step towards the Uniform Civil Code.

“We will oppose it,” he said. The government is trying to implement the Uniform Civil Code, the Sangh Parivar’s favorite agenda. The Muslim Personal Law Board defines marriage, divorce and the right to property. These problems are related to our faith.

Owaisi has expressed his displeasure at this Union Cabinet decision by tweeting. Apart from them, the leaders of the Samajwadi Party, the Muslim League of the Indian Union, the CPM and the Congress have also expressed their disgust for this law.

Congress has yet to express any opinion on this Union Cabinet decision, but party spokesperson Shakti Singh Gohil has said about it that it is’ a tactic by the Modi government to address the issue of farmers and impeachment.

On the other hand, the deputy of the Samajwadi Party, Shafiqur Rahman Burq, has said that “India is a poor country and everyone wants their daughters to marry early. I will not support this law in Parliament.

CPM leader Brinda Karat said of the government’s proposal that it will not help in the empowerment of women, but will criminalize the individual choice of adults.

She advised that the Modi government should lower the marriage age of men from 21 to 18, while ensuring gender equality.

She said the central government should focus on educating girls and ensuring nutritious food for women and not on “diverting attention from the real problems.”

Hyderabad Lok Sabha member Asaduddin Owaisi has expressed his disgust at this Union Cabinet decision in a series of tweets.

He tweeted: “The Modi government has decided to increase the marriage age for women to 21 years. This is a special paternalism that we have been waiting for from the government. Men and women of 18 years can sign an agreement, do business. Can we get started, can we choose? ” Prime Minister, MLA, MP but can’t marry? “

In a tweet, he wrote, “There is a need to improve their educational outcomes so that they can take decisions in an independent manner. What is the government doing to improve the education of girls? 446.72 crores budget spent on the advertisement of Beti Bachao Beti Padhao” Gaya. Why do you want us to believe that this government has honest intentions?”

“Women and men are considered adults in many important things. So why is marriage different? Legal age is not really a criterion. Ensuring education, economic progress and human development must be important goals.”

The minimum age for marriage was raised to 18 years in 1978, but the decline in child marriage began after 1990.

The second objection of the experts concerns the criminalization of marriages. They believe that once the law is enacted, a large number of marriages will fall into the category of crime. In India, 23% of marriages involve girls under the age of 18.

Experts say that 70% of early marriages take place between scheduled castes and tribes and if this law is made, instead of stopping them, it will happen secretly.