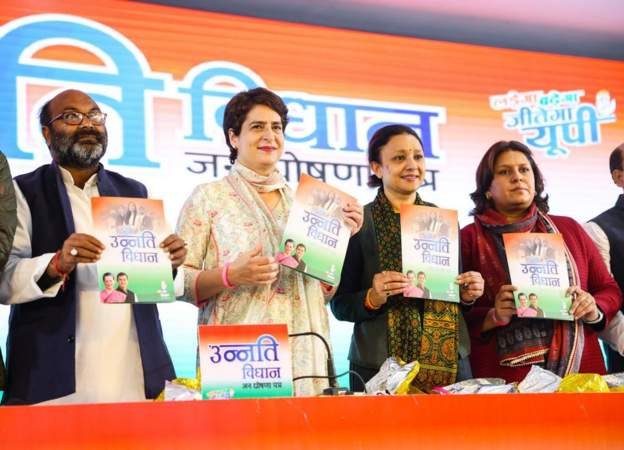 The Congress party, while targeting other opposition parties, said that manifesto is issued by all parties, but before preparing this manifesto, the Congress party interacted with the public, reached all the districts, discussed with many people, took the opinion of experts, spoke to various groups and the general public. After this, our progress legislation has been prepared.

It has been claimed by the Congress party that they have talked to one lakh people for the manifesto.