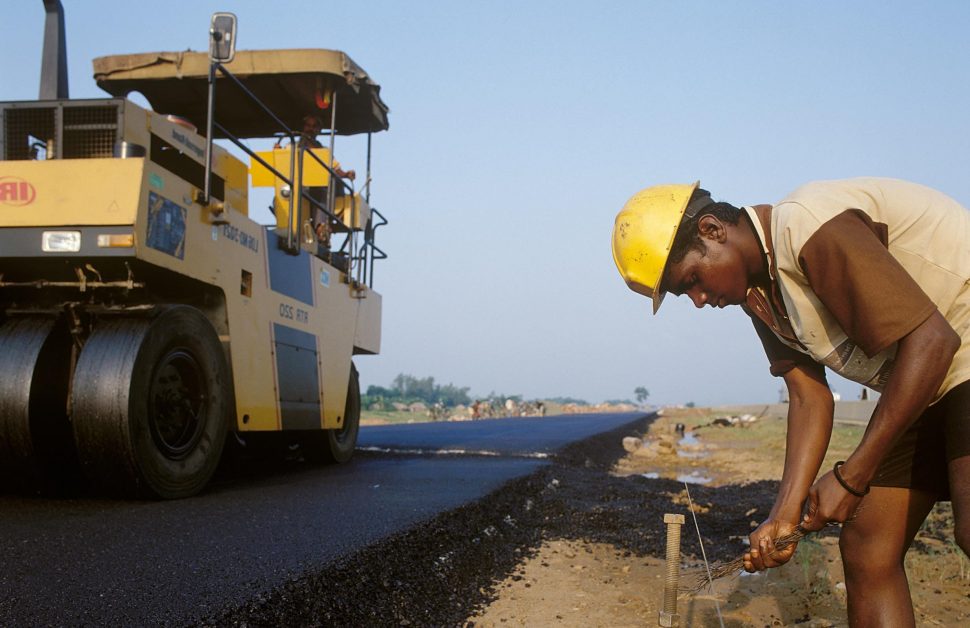 What goes in a plastic waste road?

It takes one tonne of plastic waste and 9 tonnes of bitumen to construct a 1 kilometre long stretch. These roads have 6-8 percent of plastic and 92-94 percent of bitumen, mixed with each other. This sustains the mixture for longer time. Increased quantity of plastic may lead to irregularity and loose construction.

How much plastic does India produce?

India produces and average of 25,940 tonnes of plastic waste every day, which is equivalent to 9,000 Asian elephants in weight. The annual production of plastic waste is around 94.6 lakh tonnes. From this huge amount, 60 percent is recycled. The other 40 percent chokes drains, flows into oceans harming the marine life, causes land pollution and air pollution if burnt.

Usage of plastic waste in roads

How are the roads constructed with plastic?

The first step towards the method is segregation of plastic. After segregation, the plastic is melted made into an aggregate. The most used method after this is the Dry Method in which the aggregate is heated at 170 degree Celsius in the mini hot mix plant. Then the shredded plastic is added to the mix. Immediately, the bitumen 60/70 or 80/100 grade is added. And the mixture is transferred to road. There is another method called Wet Method, but that is seldom used as it is more costly.

Advantages of a road made with plastic waste

A road constructed by using plastic waste is more weather as well as water resistant. The plastic works as a binder for bitumen which is relatively more sustainable in India’s hot weather than 100 percent bitumen road.

This makes it more environment-friendly. It not only makes a way of using plastic waste which is a huge problem, but also reduces the release of harmful gases produced during the preparation of road mixture. The non-recyclable plastic in India is very often burnt, which also generates gases like carbon monoxide. This kind of usage of plastic waste reduces the burning as well.

Apart from this, plastic waste roads are low maintenance and cost effective as well. It reduces the cost of road construction by Rs. 5,000 per kilometre for a single lane road. This means it can save millions for government, both in road construction and dealing with plastic waste which is a huge threat to environment. So, it simultaneously saves environment as well.

The plastic waste used for road construction is not necessarily inert. Once the road is laid, there are chances that it starts reacting. Thus, with the rains and usage, the molecules will breakdown and might get dissolved in soil or and water beneath the road. Once the road is started to be used, the micro particles may release into air as well. The roads constructed with plastic may disrupt the water and electricity flow when being repaired.

However, the progress in technology may make the process safer and better in future. Till now, it is dealing well with both big problems of India, roads and plastic waste.