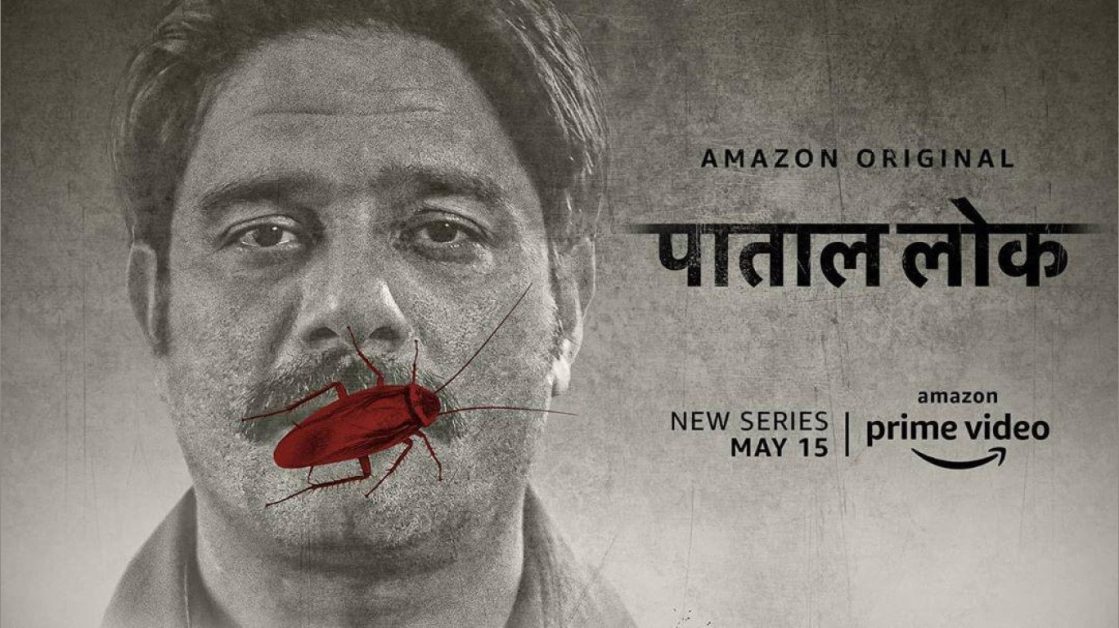 When everyone is seeking escapism, a dark-gritty web show dares to question the status quo.

Paatal Lok, a crime thriller produced by Anushka Sharma is being hailed as an answer to Sacred Games. However, there’s a lot more to the series. The violence and gore, realistic portrayal of the crime world, and media may have similarities with Sacred Games, Gangs of Wasseypur, and Black Friday. But the most unique aspect associated with Paatal Lok is the human element that has been very well depicted throughout the series. Director duo Avinash Arun and Prosit Roy have done an incredible job along with writer Sudip Sharma by portraying the world of crime, politics, and journalism unapologetically.

Sudip has done ample research on Uttar Pradesh, Punjab, as well as Lutyens Delhi. The characterization of protagonist Inspector Hathiram Choudhary and his wife Renu played by Jaideep Ahlawat and Gul Panag respectively shows a lot of in-depth understanding of the Indian middle-class psyche. Journalist Sanjeev Mehra and his junior colleague Sara Mathews are a great character study for aspiring screenwriters, filmmakers, and actors. Hathoda Tyagi, Tope Singh, Siddharth Choudhary, Gwala Gujjar, and Dolly Mehra are the characters to watch out for.

There are shades of grey and human flaws, yet the narrative creates a non-judgmental perception of each character.

Avinash and Prosit have extracted landmark performances from all actors on board. The unfolding of events through each and every frame keeps the audience thoroughly engaged. A crisp and intriguing screenplay has been brought to life by excellent cinematography by Avinash. The engagement quotient relies entirely on the scriptwriter and filmmakers’ vision and craftsmanship. However, the smart and concise editing by Sanyukta Kaza makes Paatal Lok more than a one-time watch.

Jaideep and Gul come up with one of their best performances while showcasing the struggles, dilemmas, and vulnerabilities in their characters.

Neeraj Kabi gives yet another subtle and noteworthy character portrayal as journalist Sanjeev Mehra. Neeraj is convincing every time he appears on-screen. Niharika Lyra Dutt does justice to the character of young journalist Sara Mathews. Niharika is well versed with her lines and does a fine job with her facial expressions as she embraces her character. The actor looks confident and vivacious with her scenes alongside Neeraj as the conniving and manipulative prime time news anchor.

The background score and music by composers Naren Chandavarkar and Benedict Taylor set the tone of the story. Abhishek Banerjee brings you one of the most believable villains of 2020 with his flawless acting skills. Banerjee remains true to the script as he neither underplays nor overplays, but rather surrenders himself to the character of Hathoda Tyagi. Banerjee meticulously imbibes every aspect of Tyagi’s attributes which reflects in his acting. Ishwar Singh as Imran is the heart stealer with his honest depiction of a Muslim cop dealing with his identity trying to prove his loyalty. One of the best character sketches on minority representation without falling prey to propaganda. The caste discrimination in Punjab towards the Munjaar community is shown in the most hard-hitting way without taking any diplomatic stand. Jagjeet Sandhu as the oppressed Tope Singh who rebels against the society and law gives goosebumps with his artistic finesse. Swastika Mukherjee as Dolly and Bodhisattva Sharma as Siddharth put a soulful enactment of their respective roles.

Among the supporting cast Aasif Khan, Yashodhan Arora, Garima Rawat, Mairembam Ronaldo Singh, Jogi Mallang, Ankur Vikal, Kana Commando, Anindita Bose, Rajesh Jais, Indresh Malik and Loveleen Mishra have essayed their roles with utmost perfection. There are a lot of characters in Paatal Lok, but none of them seem to be forceful or unwanted. With their sheer cinematic brilliance Sudip, Avinash and Prosit justify how much each character is integral to the storyline. Sudip must be lauded for his exceptional storytelling, especially the handling of politics, bureaucracy, media, police force from an unbiased non-judgmental perspective. The nepotism and corruption in journalism as seen through the lens of the downtrodden, underprivileged, and unprivileged sections of society.

Paatal Lok has a captivating plot that has been well executed by Avinash and Prosit. The producers have tactfully helmed the series in terms of not compromising with the budget and production value. The best part about the series is highlighting on fake news and minority oppression without any glorification of either side or victimhood.

Paatal Lok is an eye-opener for journalists and society. A compelling story about human aspirations comes with a life lesson in quarantine.