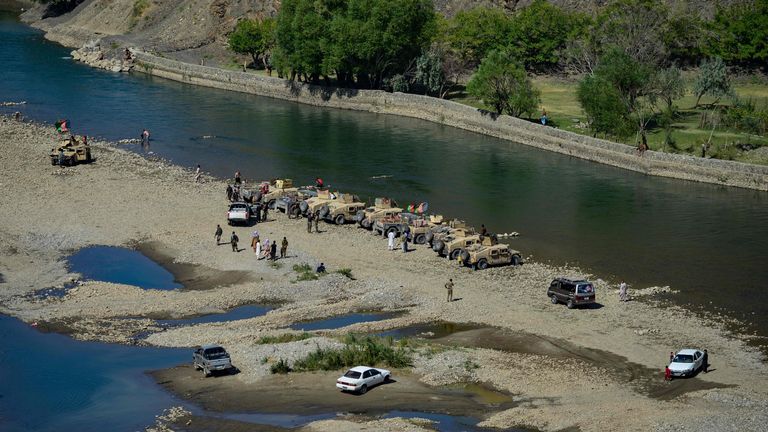 Ground Report | New Delhi: Panjshir only province; It is believed that only the Panjshir Valley in northern Afghanistan remains where the Taliban have not been able to establish their dominance. There are speculations that the Taliban may face resistance from this position. The Panjshir Valley, north of the Afghan capital Kabul, is the last major stronghold of the Taliban.

Until his death in 2001, Afghan leader Ahmad Shah Massoud successfully defended it during the Soviet-Afghan war and the civil war with the Taliban. It is the only part of the country that has been confirmed to be out of Taliban control, while the rest of the country has been rapidly taken over by the Taliban.

About three hours from Kabul, Panjshir Province is known for its resistance to the Taliban. The province was not under their control during the Taliban’s rule from 1996 to 2001.

The Panjshir Valley is located in the central northern part of Afghanistan, one hundred and fifty kilometers or ninety-three miles from Kabul in the Hindu Kush mountain range. In the middle of this valley, the fast-flowing river Panjshir flows through the mountain passes.

The entire valley is home to about 1.5 million people. They are mostly Tajiks, and the largest ethnic population in Afghanistan lives in the valley. The majority of the Taliban are Pashtuns. This valley is full of emeralds or emeralds.

It used to be part of Parwan province but in 2004 it was made a separate province. Ahmad Shah Massoud, a former warlord killed during the Soviet invasion of the area, successfully defended it with his strategy.

Now two key members of the former Kabul government have taken refuge in the same valley. One is Ashraf Ghani-era Interior Minister Bismillah Sabri and the other is former Vice President Amrullah Saleh. After Ashraf Ghani’s escape from power, Amrullah Saleh also claimed to be the acting president of the country.

Amrullah Saleh wrote in a tweet that he would not bow to Taliban terrorists under any circumstances and would not recognize them. He further wrote that he would never betray the legacy of his hero Ahmad Shah Masood.

The Panjshir Valley has a decisive role to play in Afghan military history. Due to its high mountains, it stands apart from the rest of the country and the locals know how to protect its gates. The easiest but narrowest way to enter is through the Panjshir River, and it is also possible to set up strong defensive posts on it.

ALSO READ: What changed in 20 years for Afghan women

It was not captured during the Taliban-era 1990 civil war, as was the case in the former Soviet Union. Even before the Taliban took over Afghanistan, the region has been demanding more regional autonomy than previous governments.

Masood has also called on the US to supply arms and ammunition to his militias. In an op-ed in The Washington Post, Ahmed Massoud said “America may still have a great arsenal of democracy” by backing its fighters. “I write today with Mujahideen fighters from the Panjshir Valley ready to follow in the footsteps of my father who are once again ready to take on the Taliban,” he said.