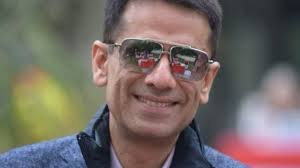 Ground Report | News Desk: The Bharatiya Janata Party (BJP) has now made very serious allegations against the Congress for hoarding and black marketing of the oxygen concentrator in Delhi during the covid period.

A large quantity of oxygen concentrators were recovered from Khan Chacha Restaurant at Khan Market, the restaurant is owned by Navneet Kalra.

According to IANS, a lookout notice has already been issued against Kalra. Initial investigations by the Delhi Police had found that between April 17 and May 3, Kalra and his associates of Matrix Cellular had acquired 7,500 concentrators worth Rs 13 crore.

She said that 7500 oxygen concentrators worth Rs 13 crore have been seized from the gang of Navneet Kalra and Matrix Cellular CEO Gaurav Khanna during the raids conducted by Delhi Police.

Navneet Kalra is the one who has a relationship with the Congress. Meenakshi Lekhi said that these people were hoarding the concentrator. He deliberately had a lack of concentrator in Delhi.

Meenakshi Lekhi said that Navneet Kalra has a direct relationship with the Congress. If you look at his Facebook timeline, he blames the Prime Minister for the epidemic. The chef of his restaurant has photographs with Rahul and Sonia Gandhi. He calls them the first family of India.

She alleged that when Congress leader Ajay Maken was Urban Development Minister, he gave the nomination of Delhi Golf Club to Robert Vadra in 2004-05 and Navneet Kalra in 2005-06. Congress leader Abhishek Manu Singhvi is a lawyer for all black marketing and hoarders.