Home » Over 60 percent vacancies for OBC and SC in IIM

Over 60 percent vacancies for OBC and SC in IIM 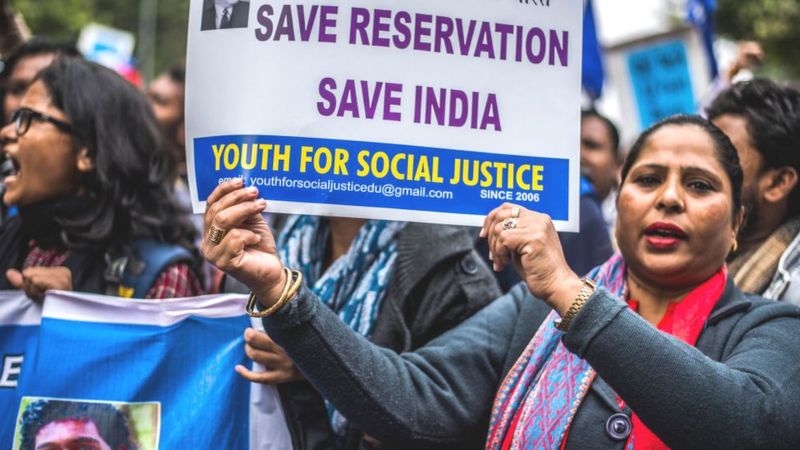 A large number of posts of Other Backward Classes and Scheduled Castes are lying vacant in the faculty of central educational institutions.

Union Education Minister Ramesh Pokhriyal Nishank said in a written reply in the Lok Sabha on Monday that more than half of the posts reserved for Other Backward Classes (OBC) in the Central Government higher educational institutions are vacant.

Despite so many posts being vacant, Nishank also claimed in his written reply that “Now with the implementation of The Central Educational Institutions (Reservation in Teachers Cadre) Act 2019, OBC reservation has been arranged at every level.”

In the second reply, Education Minister Nishank said that the Ministry of Education and the University Grants Commission (UGC) constantly monitors the vacant posts. However, Nishank held universities responsible for the vacant positions.

He said, “Central universities themselves have the responsibility to fill the posts as they are an autonomous body under the law passed through Parliament.”

In June 2019, the UGC had written a letter to all the universities asking them to fill all the posts within six months and warned that their grant would be stopped if their instructions were disregarded.

According to the data presented in the Lok Sabha on Monday, out of the 6,074 vacancies left in 42 universities, 75% are in reserved category.

Similarly, about 40 percent of the posts reserved for Scheduled Castes (SC) and Scheduled Tribes (ST) are vacant.

More than 60 percent of SC and OBC posts are vacant in the faculty of Indian Institutes of Management (IIMs), while more than 80 percent of ST posts are not filled.

IIT institutes have given information about non-faculty posts only in this regard. IIMs and IITs have been demanding that they should be exempted from reservation based selection in the faculty.

In June 2019, the University Grants Commission (UGC) had asked all the universities in the country to fill the vacant posts within six months and warned that if they do not do so, the grant they receive will be stopped. But in spite of this, a total of 6,074 posts are vacant in 42 universities, of which 75 percent belong to the reserved category.