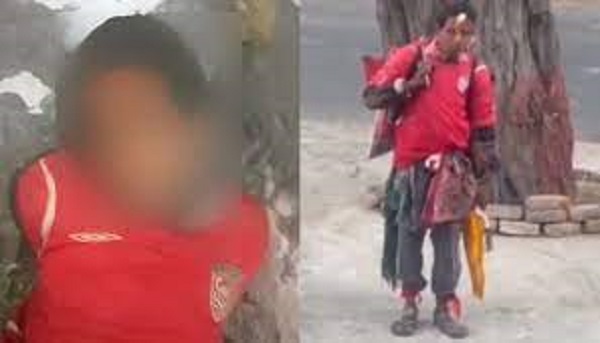 Ground Report | New Delhi: Total sacrilege case in Punjab; Recently, the entire country was stunned by two horrific cases of mob lynching in Punjab over allegations of sacrilege. An angry mob took law into their own hands and lynched two people on suspicion of sacrilege, underlining the pathetic law and order situation in Punjab.

All the political parties betting on Punjab – Congress, AAP, Akalis, BJP-Amarinder Singh – have unanimously condemned the ‘sacrilege’ in the Gurdwaras. No one dared to question lynching as a response. This acceptance, along with the justice of the crowd, is sad and scary.

The first incident of mob lynching related to sacrilege took place on Saturday evening inside the sanctum sanctorum of Darbar Sahib when regular prayers were going on. And within 24 hours another person was murdered in Punjab on the charge of sacrilege. The incident is from a Gurdwara in Nizampur village of Kapurthala district of Punjab.

“The Chief Minister directed the state police authority to conduct an in-depth probe into the whole matter to find out the hidden motives and real conspirators of this heinous act.”

Shiromani Akali Dal chief Sukhbir Singh Badal wrote, “The attempt to commit sacrilege at Sachkhand Sri Harmandar Sahib is shocking. Making the holiest of our shrine the target of such outrage is beyond belief. The heinous act is a part of a deep-rooted conspiracy that has shaken the entire Sikh quom.”

Amarinder Singh, president of the Punjab Lok Congress, also took to Twitter to condemn the act and said, “Strongly condemn the horrific incident of attempted sacrilege of Sri Guru Granth Sahib Ji at Darbar Sahib. Govt must get to the bottom of what led this man to act in such a despicable manner!”

Delhi CM Arvind Kejriwal on Twitter condemned the act. Writing in Hindi and Punjabi, he said that this act could be a very big conspiracy and culprits should be given the strictest punishment.

RP Sigh, BJP national spokesperson wrote “I strongly condemn the attempt to desecrate Sri Guru Granth Sahib in Darbar Sahib, I also demand @CHARANJITCHANNI Govt. to immediately handover the case to CBI so that truth should be known, unlike Bargari, culprits of which are still roaming free. (sic)”.

On the question of lynching, people on Twitter expressed concern over politicians remaining silent on acts of lynching without a court trial.

In 2021 alone, there were six cases related to the sacrilege of Sikh holy books and symbols in Punjab. Akal Takht Jathedar Giani Harpreet Singh had claimed that around 250 sacrilege incidents took place in Punjab during the six years between February 2013 and February 2019.

On 26 July this year, nearly five months before the two sacrilege-linked lynchings in Punjab, Giani Harpreet Singh had said: “According to Sri Akal Takht Sahib data, from March 4, 2013, to February 27, Till 2017. , a total of 143 sacrilege incidents took place (during Shiromani Akali Dal and BJP government). We have a list of 104 incidents from February 2013 to February 2019 (during Congress government). The data after 12 February 2019 is still being collected as there have been many such incidents in the last one and a half years that have not been included in this list.

The Punjab Police has prepared a report which states that since June 1, 2015, there have been more than 100 sacrilege incidents. The police have been able to identify the perpetrators only in 50 such cases.