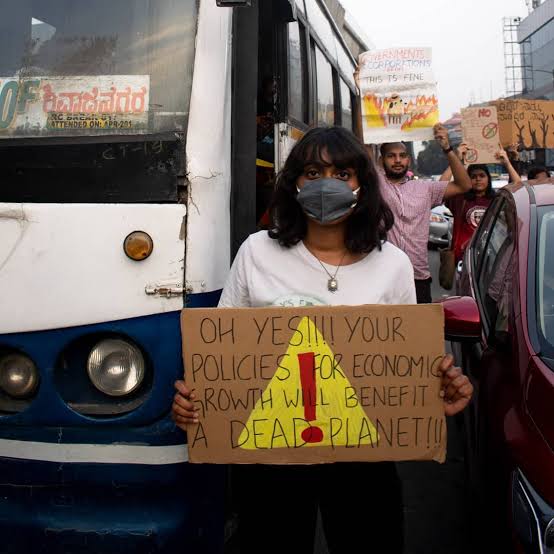 Premnath, Joint Police Commissioner in Delhi Police’s Cyber ​​Cell, claimed in a press conference on Monday said that Nikita, Shantanu and Disha created a toolkit document aimed at tarnishing the image of India.

After arresting Disha Ravi from Bengaluru, the Delhi Police has issued a non-bailable warrant against Nikita and Shantanu in the tool kit case.

Police claim that Nikita’s house was raided on 11 February but she escaped. The police also claim that Nikita and Shantanu attended a zoom meeting on January 11, which was organized by the Poetic Justice Foundation.

He told that a woman named Puneet, who lives in Canada, was in contact with him and Puneet has connections with Khalistan supporters.

He said, “During the investigation, the screen shots of the toolkit present online have been investigated and as soon as the information received in the investigation, a search warrant was issued against Nikita Jacob, editor of this toolkit Google Document, and a team was sent to Mumbai. They got 2 laptops and 1 iPhone from them.”

He said that the aim of all these people was to do a Twitter storm and digital strike before and after Republic Day.

The war between the ruling BJP and the opposition has intensified over the action of Delhi Police in connection with the cases registered on the toolkit shared by Twitter activist of environmental activist Greta Thanberg.

The opposition has accused the government of strangling democracy by arresting Ravi, 21 years old. The opposition has said that the voice of the country cannot be pacified. On the other hand, BJP has said in defense of this action that crime is a crime and it does not matter at what age it has been done.

Union Minister and Bharatiya Janata Party leader Gajendra Singh Shekhawat has tweeted, “If age is acceptable then I am proud of the martyrdom of Param Vir Chakra Second Lieutenant Arun Khetrapal who died at the age of 21. Not some toolkit on propagators. “

Earlier, Rahul Gandhi has tweeted and said, “Speak, Lab is free, your truth is alive till now! They are scared, not the country! India cannot be silenced.

Delhi Chief Minister Arvind Kejriwal wrote, “22 years of direction, Ravi’s arrest is an attack on democracy. It is not a crime to support the farmers.”

RJD leader Manoj Jha has said, “I am worried about democracy. It is going through its most difficult phase.”

BJP general secretary BL Santosh tweeted that, “21 years … environmental activists … students … does it deserve to be a part of the force that breaks India? How did they reach to edit the toolkit .. .? Why is he part of the anti-national WhatsApp group …? There are many questions but the answer is one … is 21 years old.”