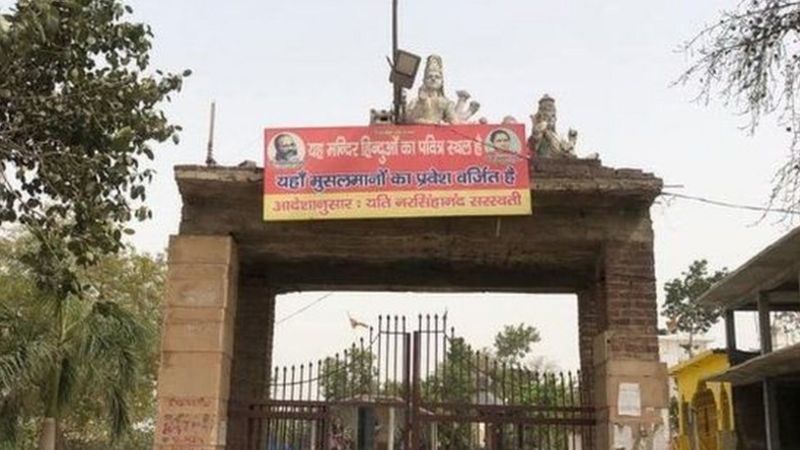 Muslims had also helped in the construction of a Hindu temple, which was discussed after beating a Muslim child for drinking water at Dasna in Ghaziabad, Uttar Pradesh. Outside this temple, there is now a board for Muslims to be barred from entering.

According to the newspaper report, the Muslims of Dasna and Mussoorie say that at one time there was an atmosphere of communal harmony and the Muslims also helped in the construction of this temple.

According to the report, the Muslims here say that in the 80s, the Muslims also cooperated extensively in the construction of the temple.

According to local Muslims, till a few years ago, Muslims also used to go to take a dip in the pond built in the temple premises. Here it is believed that by taking a dip in the water of the pond, diseases are cured

There is also a ground in the temple complex which once used to be an amphitheater. In this, Hindu and Muslim children used to take training in Pahlavani.

Local people say that the atmosphere changed after Yati Narasimhanand Saraswati became the head of the temple. First he prevented the Muslims from coming to the Dussehra fair and then put a board to prohibit the entry of Muslims outside the temple.

According to people, a Muslim youth who was lighting the fair was also beaten up badly. On March 12, the video of a Muslim child being beaten up in the same temple for drinking water went viral.

However, the head of the temple, Yeti Narasimhanand Saraswati, alleges that the child was insulting the temple. He has justified the attack on the child.