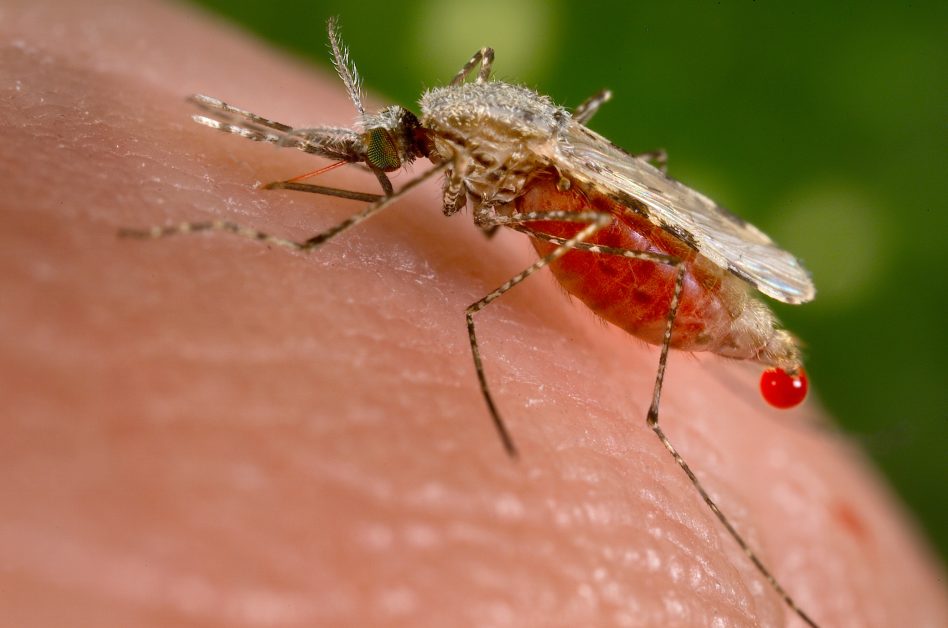 Ground Report | New Delhi: Death due to Malaria in India; The report on malaria in the world for 2021 reveals that in 2020 there were 241 million cases and 627,000 deaths from this disease worldwide. Fourteen million cases and 69,000 more deaths than in 2019. This increase is attributed to interrupting the prevention, diagnosis, and treatment of the covid pandemic disease. The statistical analysis is also updated and the deaths of children under 5 years old are corrected, more numerous than had been estimated in previous years.

“Sub-Saharan Africa bears the highest burden of malaria, with about 95% of cases and 96% of deaths in 2020,” explains the World Health Organization (WHO), author of the report. The disease is most lethal in children under 5 years of age, victims of 80% of deaths from malaria in the world.

Before the pandemic, the WHO already warned about the stagnation in the number of cases and deaths from malaria since 2017. The mortality rate from malaria has maintained a general downward trend since 2000, going from 30.1 deaths per 100,000 inhabitants in that year to 13.8 in 2019. However, the figures mask an unequal situation. While China has received the malaria-free certificate, in 11 high-burden and high-risk countries, cases and deaths have stabilized or are experiencing a rebound, more pronounced in 2020.

80% of deaths affect children under 5 years of age

Malaria or malaria is contracted by the infection of parasites such as  Plasmodium falciparum by bites of the carrier mosquito  Anopheles stephensi, vector of the parasite. To prevent infections, insecticide-sprayed mosquito nets are distributed; promotes spraying the walls of homes with insecticide (a practice that was reduced from 5.8% in 2010 to 2.6% in 2020); they dispense antimalarial drugs to those groups at higher risk, such as pregnant women, babies and children under 5 years of age; distribute diagnostic tests for medical centers; and lastly, artemisinin combination therapy treatments are dispensed.

Also, in 2020 fewer pregnant women have attended an outpatient facility to receive recommended preventive treatment. In the same way, fewer women, children, and the population have used a mosquito net.

“The pandemic is not over and the pace of economic recovery is uncertain,” reflects the report, which considers that if immediate and accelerated measures are not taken, the key objectives of the 2016-2030 strategy against malaria will not be achieved, and could worsen. “In 21 countries where malaria is endemic, 122 million people required assistance due to health and humanitarian emergencies in 2020-2021,” states the WHO. Among them, the Ebola outbreaks in the Democratic Republic of the Congo and Guinea, armed conflicts, and floods.

Other difficulties in preventing malaria are resistance to antimalarial drugs in East Africa, the invasion of mosquito vectors in the Horn of Africa, resistance to insecticides of some of these insects, and deletions in the HRP2 gene of these vectors. that mask the diagnosis of infected patients.

Death due to Malaria in India

Before the pandemic, the WHO warned that a global stagnation of the disease had been reached. Between 2000 and 2015, it was possible to reduce the incidence of malaria cases per 1,000 inhabitants at risk by 27%, and mortality by almost 51%, avoiding millions of deaths. In 2017, this progress stalled, with the WHO declaring that it had reached a crossroads.

A strategy was then developed to control and eradicate malaria in High Burden and High Impact Countries (HIBI): Burkina Faso, Cameroon, the Democratic Republic of the Congo, Ghana, India, Mali, Mozambique, Niger, Nigeria, Uganda, and the United Republic of Tanzania. These countries accounted for 70% of cases and 71% of deaths worldwide in 2020.

The WHO claims to have updated the global strategy against malaria in 2021 to reflect the lessons learned in the last five years. They want to reduce 90% of malaria incidence and mortality rates by 2030, but it is still far from that point, more after the stabilization since 2017 and the rebound in 2020.